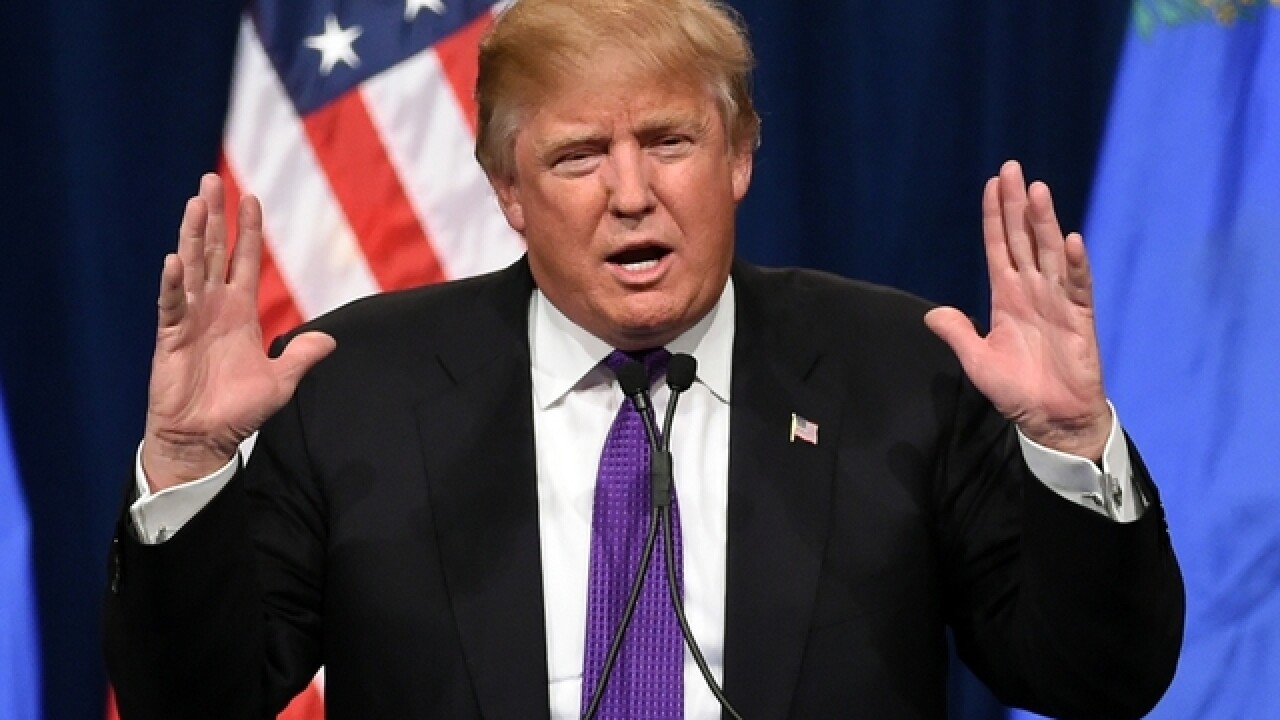 WASHINGTON (AP) — Donald Trump retreated Friday from his promise that if elected president he would order the military to kill family members of militants who threaten the United States.

Trump's campaign issued a statement quoting him as saying he would not order the military to take actions contrary to international or U.S. law.

But fewer than 24 hours earlier, in Thursday's GOP debate, Trump stuck to his position on targeting family members of militants and on an expansive use of torture against captured militants. When a debate moderator asked him what he would do if the military refused to carry out such orders, Trump replied: "They're not going to refuse me. Believe me."

The use of torture and the killing of civilians are barred by the Geneva Conventions, to which the United States is a signatory. Congress outlawed waterboarding and any so-called enhanced interrogation techniques after the administration of George W. Bush carried out such acts against suspected al-Qaida fighters. Members of the U.S. military are bound by duty and tradition to refuse orders they know to be illegal. This includes intentionally targeting civilian noncombatants.

The issue drew additional attention this week when more than 100 Republican defense and national security figures, including former senior Pentagon officials, issued a statement blasting Trump's foreign policy positions and calling his embrace of the expansive use of torture "inexcusable."

Defining when aggressive interrogation techniques such as waterboarding amount to torture is a matter of debate, but Trump had made clear that as president he would not hesitate to go beyond waterboarding.

On Friday, however, Trump reversed course.

"I will use every legal power that I have to stop these terrorist enemies," the statement issued by his campaign said. "I do, however, understand that the United States is bound by laws and treaties and I will not order our military or other officials to violate those laws and will seek their advice on such matters. I will not order a military officer to disobey the law. It is clear that as president I will be bound by laws just like all Americans and I will meet those responsibilities."

The Trump campaign also has announced that Sen. Jeff Sessions, an Alabama Republican and member of the Senate Armed Services Committee, is Trump's adviser on national security matters during the campaign.

Sen. Lindsey Graham, an early contender for the Republican presidential nomination, said Friday he wrote to Gen. Joseph Dunford, chairman of the Joint Chiefs of Staff, asking his views on whether the intentional targeting of noncombatant family members of militants, including children, is legal under the laws of war. Graham, a former military lawyer, also asked Dunford what advice he would give troops if ordered to target such civilians.