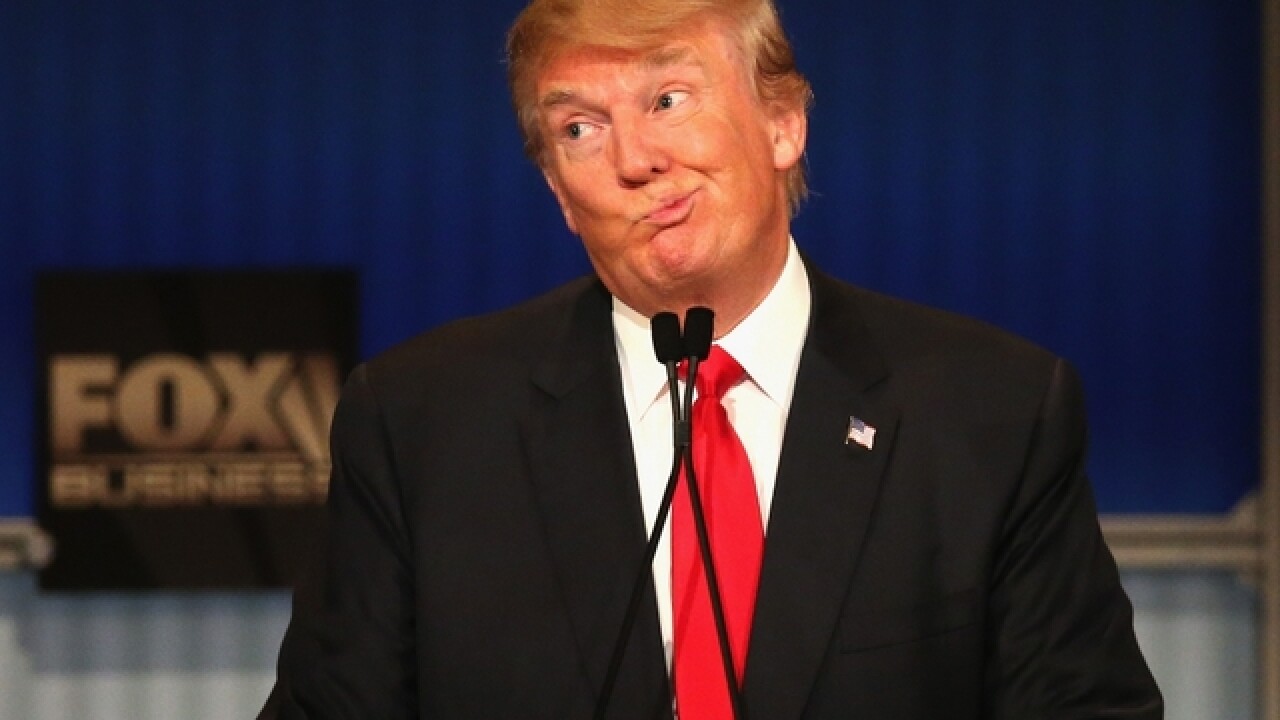 CLINTON, Iowa (AP) — For Donald Trump, Iowa is more than just a race for delegates. It's a test of whether the celebrity businessman and political newcomer will be able to transform his record crowds into caucus-goers willing to brave the cold on Monday night to cast their votes.

Trump, who appears to have emerged from a dead-heat with rival Ted Cruz to re-capture his position atop state polls, has done little to minimize expectations, predicting again and again that he'll do better than the polls suggest.

And as he traveled across the state in the final weekend before voting, Trump had a quiet air of satisfaction, with seemingly little worry about the outcome.

"We began this journey — it's a journey, we did it together — and it's been an amazing experience," he told a crowd gathered in the auditorium of a middle school in Clinton Saturday. "Nobody thought it was going to turn out this way."

But Trump nonetheless implored his supporters to caucus Monday with equal doses of guilt, threats and humor.

"Wouldn't that be terrible if I lost in Iowa, won everywhere else? I'd be very angry, but only for a day," he said, adding, "the bigger we can win by, the bigger the mandate, the more we can do."

While other candidates have a great deal to lose or gain in the schools, churches and community centers where Iowans will gather after dark on Monday evening to cast the first votes of the 2016 presidential nominating contest, for Trump, the spotlight is glaring.

Many remain skeptical Trump has the organizational structure to pull off a commanding win. But even then, said Doug Watts, a GOP strategist who recently parted ways with Trump rival Ben Carson's campaign, a win for Trump is "pretty critical."

If he doesn't win, Watts said, "people will start saying, 'Hmm, well, maybe he's not so inevitable. Maybe Marco Rubio can climb into a solid second in New Hampshire.'"

"It leaves enough of a vacuum that the other campaigns can play off it, can leverage it into the spin that this is the beginning of the end. And you'll see a lot of that if he doesn't win," he said.

A first-place finish in the state, coupled with a strong win in New Hampshire, where Trump is leading widely, could effectively shut Cruz out, starving him of momentum heading into the southern contests where he expects to do well in March.

Trump himself has spoken about the potential "psychological" consequences of a loss in the state, which will set the tone for the election going forward.

"They say bad psychological things happen if you lose," he offered in a rare moment of introspection at a rally in Norwalk, Iowa. "I don't know what the impact is."

The outcome will rest on turnout and whether Trump's campaign is able to lure the non-traditional caucus-goers who may have never participated in the caucus process.

Trump's team has been notoriously secretive about its operation, imposing what the campaign's Iowa architect, Chuck Laudner, recently described as "radio silence."

Still, the confidence from team Trump is palpable. Laudner told reporters earlier this month he felt "fantastic about the ground game."

"There's nothing about this campaign that's like all the rest or any of those in the past," he said. "We do things different. And we reach out to people that wouldn't normally be caught dead at caucus events. And so we feel really good about our chances, we feel really good about our reach and I think you're going to have a surprise on a caucus night."

With few details emerging from the campaign, there is only anecdotal evidence gleaned from voters, many of whom still report never having received phone calls from the campaign or guidance on how to caucus.

While Trump continues to draw massive crowds, many of those who attend Trump's rallies have attended three or four times. At events across eastern Iowa Saturday, many people in his audiences had traveled from out-of-state, traveling from nearby Illinois and as far away as Wisconsin. Many of his recent events have also been held on college campuses, which guarantee flocks of students, but fewer committed caucus voters.

Over the past week, Trump's team appears to have upped its voter outreach efforts, aggressively recruiting volunteers to a call center in West Des Moines. Trump is now spending more on paid television and radio advertising than any other candidate in Iowa — a dramatic shift from earlier in the race.

Jamie Johnson, a longtime GOP operative in the state who worked with Laudner on caucus-winner Rick Santorum's campaign in 2012, believes Trump's operation has been underestimated.

He recalled a phone call from a 75-year old with several severe medical conditions, including agoraphobia, who'd suffered a minor heart attack last time she was in a crowd. Nonetheless, she said, she was determined to caucus for Trump.

"She said she's going to risk having another heart attack so she can change her voter registration and support Trump," recalled Johnson. "That was one of those moments for me when I knew Trump was going to win this thing."