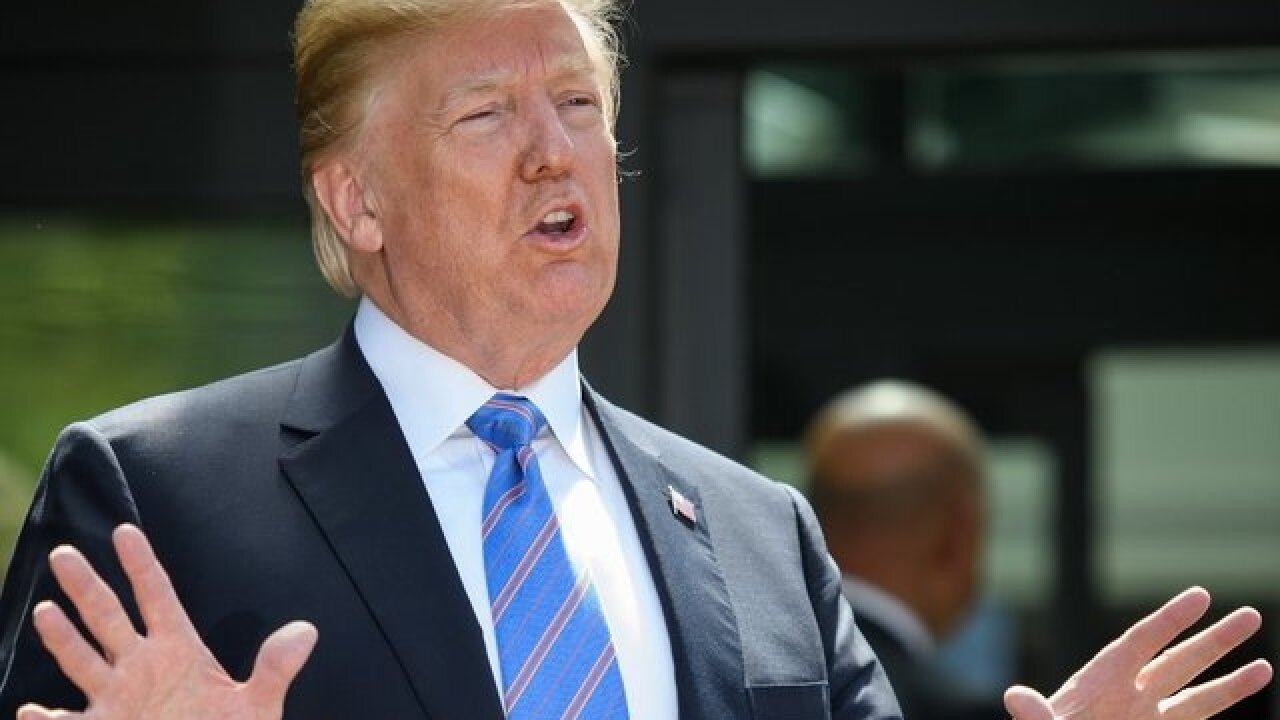 President Donald Trump just raised the stakes in the fight with China over trade.

The White House said Monday evening that if China goes through with its promise to retaliate against the US tariffs announced last week, the United States will impose tariffs on an additional $200 billion worth of Chinese goods.

"Further action must be taken to encourage China to change its unfair practices, open its market to United States goods, and accept a more balanced trade relationship with the United States," Trump said in a statement.

The Trump administration said Friday that it will impose a 25% tariff on $50 billion of Chinese exports. China, claiming the United States had "launched a trade war," retaliated almost immediately, outlining its own tariffs on US goods worth $50 billion.

The Trump tariffs, which the US government says are punishment for intellectual property theft, will be enacted in two waves. More than 800 exports, about $34 billion worth, will be subject to tariffs starting July 6. Another 280 or so still need to undergo a public comment period, and will take effect later.

Trump said Monday that China's response "indicates its determination to keep the United States at a permanent and unfair disadvantage." China's tariffs would target agricultural products, cars and seafood, among other items.

"China apparently has no intention of changing its unfair practices related to the acquisition of American intellectual property and technology," he said. "Rather than altering those practices, it is now threatening United States companies, workers, and farmers who have done nothing wrong."

He directed Trade Representative Robert Lighthizer to identify $200 billion worth of Chinese goods for additional 10% tariffs, which would be enacted "if China refuses to change its practices, and also if it insists on going forward with the new tariffs that it has recently announced."