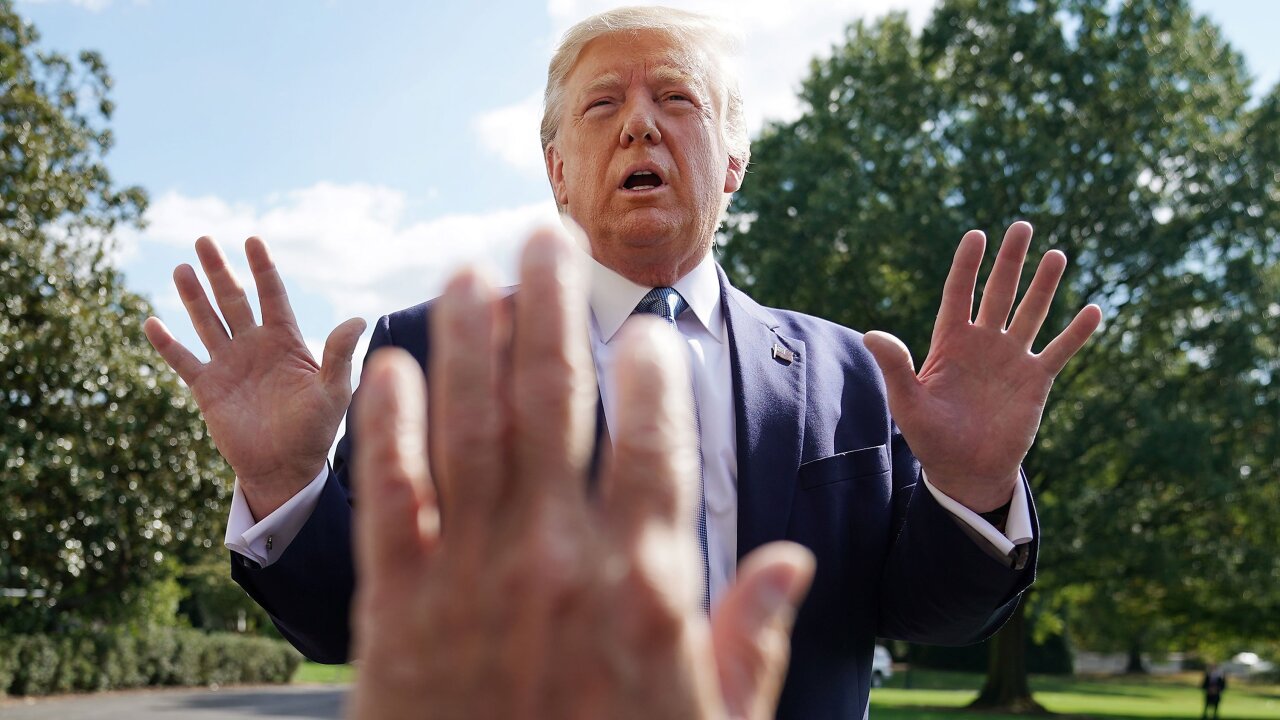 (CNN) -- President Donald Trump underwent a "quick exam and labs" as part of his annual physical exam on Saturday, out of anticipation of a "very busy 2020," the White House said.

"Anticipating a very busy 2020, the President is taking advantage of a free weekend here in Washington, D.C., to begin portions of his routine annual physical exam at Walter Reed," White House press secretary Stephanie Grisham said in a statement.

After a little more than two hours at Walter Reed, Trump returned to the White House.

Grisham said in a statement that the "President remains healthy and energetic without complaints," and that he met with the family of a US Special Forces soldier injured in Afghanistan.

"The President also stopped by to say hello to the medical staff of Walter Reed, to share his thanks for all the outstanding care they provide to our Wounded Warriors, and wish them an early happy Thanksgiving," Grisham added.

The President's annual physical exam comes as he's gearing up for a reelection campaign next year and fighting a House impeachment inquiry.

His two previous physical exams in office were announced ahead of time by the White House and noted on his daily public schedule.

This time, however, the President's motorcade drove to the medical center unannounced, with reporters under direction not to report his movement until they arrived at Walter Reed. Trump typically takes the Marine One helicopter to Walter Reed, but on Saturday's clear-skied day, the President opted for the motorcade.

CNN's Chief Medical Correspondent Sanjay Gupta said on CNN that there are many routine tests that can be done at the White House, but specific tests would require a visit to Walter Reed.

Trump underwent a full physical examination at the Walter Reed military hospital in February, and was deemed to be in "very good health overall."

At February's physical exam, Trump weighed 243 pounds, four pounds more than the previous year's exam. His blood pressure was measured as 118/80, and results showed he had increased his daily dose of rosuvastatin, a medication used to treat high cholesterol, according to the exam results.

The examination took "approximately four hours" and did not require any sedation or anesthesia, according to the President's physician, Dr. Sean Conley, who performed and supervised the exam. Last year's exam revealed that Trump has a common form of heart disease and high cholesterol.

Then-White House physician Dr. Ronny Jackson recommended that the President get on a diet, start exercising and set a goal of losing a dozen pounds, but sources told CNN in February that Trump had made only minor changes to his diet and exercise regimen since his 2018 exam.

Jackson also revealed that Trump underwent a coronary calcium CT scan as part of his routine physical exam. Trump's score was recorded as 133, and Gupta noted at the time that anything over 100 indicates plaque is present and that the patient has heart disease.