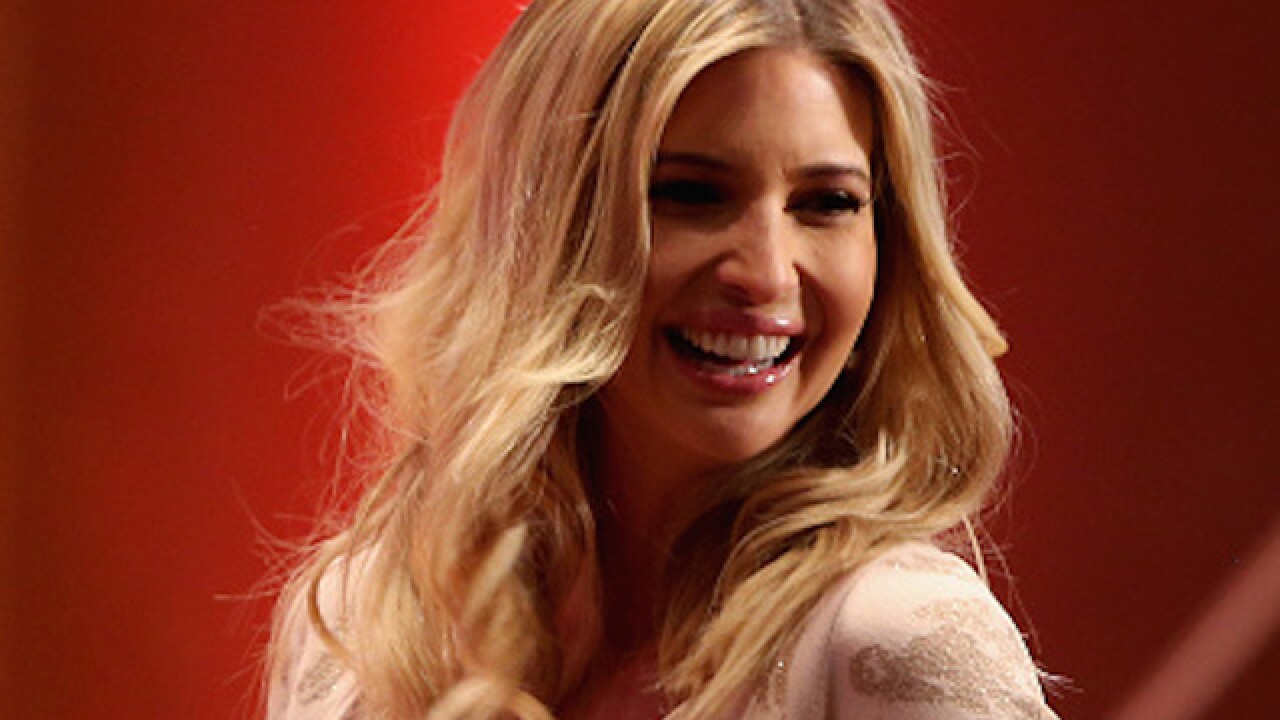 Christopher Furlong
<p>DES MOINES, IA - JANUARY 28: Ivanka Trump, the daughter of Republican presidential candidate Donald Trump, laughs and holds her stomach, as her father jokes about her pregnancy whilst speaking to veterans at Drake University on January 28, 2016 in Des Moines, Iowa. Donald Trump held his alternative event to benefit veterans after withdrawing from the televised Fox News/Google GOP debate which airs at the same time. (Photo by Christopher Furlong/Getty Images)</p>

The billionaire businessman's daughter, Ivanka Trump, has given birth to her third child with husband Jared Kushner.

Ivanka Trump announced the birth of her son, Theodore James, on Twitter Sunday, saying that the family feels "incredibly blessed."

Donald Trump, who has frequently made mention of his daughter's pregnancy while campaigning for the Republican nomination, has not yet made any public statements on the birth of his eighth grandchild.

Ivanka is the second of three children Donald Trump had with ex-wife Ivana Trump.