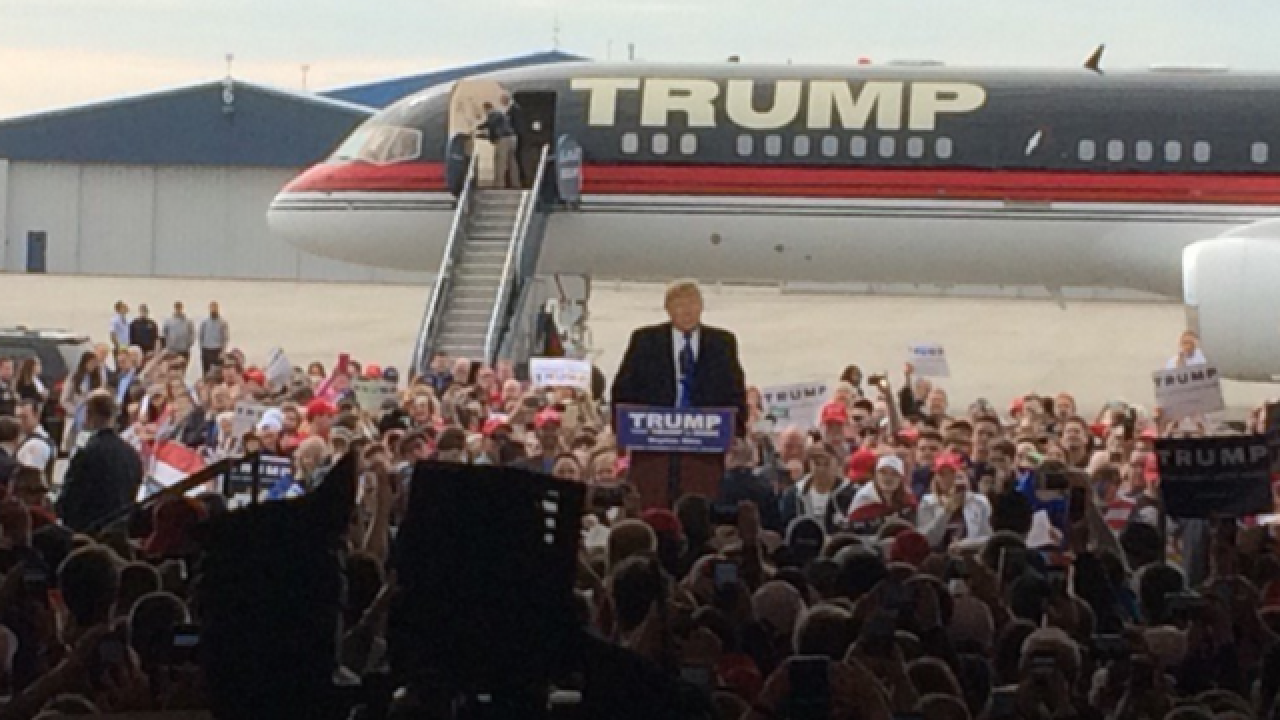 Donald Trump spoke Saturday morning at an airport near Dayton, Ohio the morning after a planned rally in Chicago was canceled due to thousands of protestors clashing with Trump supporters.

Trump campaigned to thousands at the Dayton International Airport in an event that had a much different tenor and tone than the one that was planned for Friday evening in Chicago. Trump immediately addressed the incident in Chicago at his Saturday morning rally.

"There are great people, these are people who want to make America great again," Trump said. "They were pouring in, a planned attack came out of no where. They were printed by professional people, all done by a group, all professionally done, a disgrace, given to thousands of people.

"We would have had a problem... We made a decision, it would have been easier to go, but we didn’t want to see anyone hurt."

Many of the protestors chanted "Bernie" in reference to Democratic presidential candidate Bernie Sanders. Trump said that Sanders' campaign was partially to blame for Friday's incident.

"(My supporters) were taunted, they were harassed," Trump said. "Some represented Bernie, our communist friend. He should get up and tell his people to ‘stop.’"

At Saturday's rally, Trump faced a more friendly crowd, with fewer protests. Though at one point, Trump had to be escorted away from the microphone by members of the U.S. Secret Service as someone tried to charge the stage. After a brief delay, he resumed his speech.

"Throw them the hell out," Trump told police and Secret Service members during a few people interrupted him Saturday.

Trump is in a dogfight in Ohio to win the state's 66 delegates. He is going toe-to-toe with Ohio Gov. John Kasich for the state's delegates. Ohio's GOP primary is Tuesday.

Trump has another event planned for the Buckeye State on Saturday in Cleveland. Trump is slated to return to Ohio on Sunday for an event in West Chester, the hometown of former Speaker of the House John Boehner.