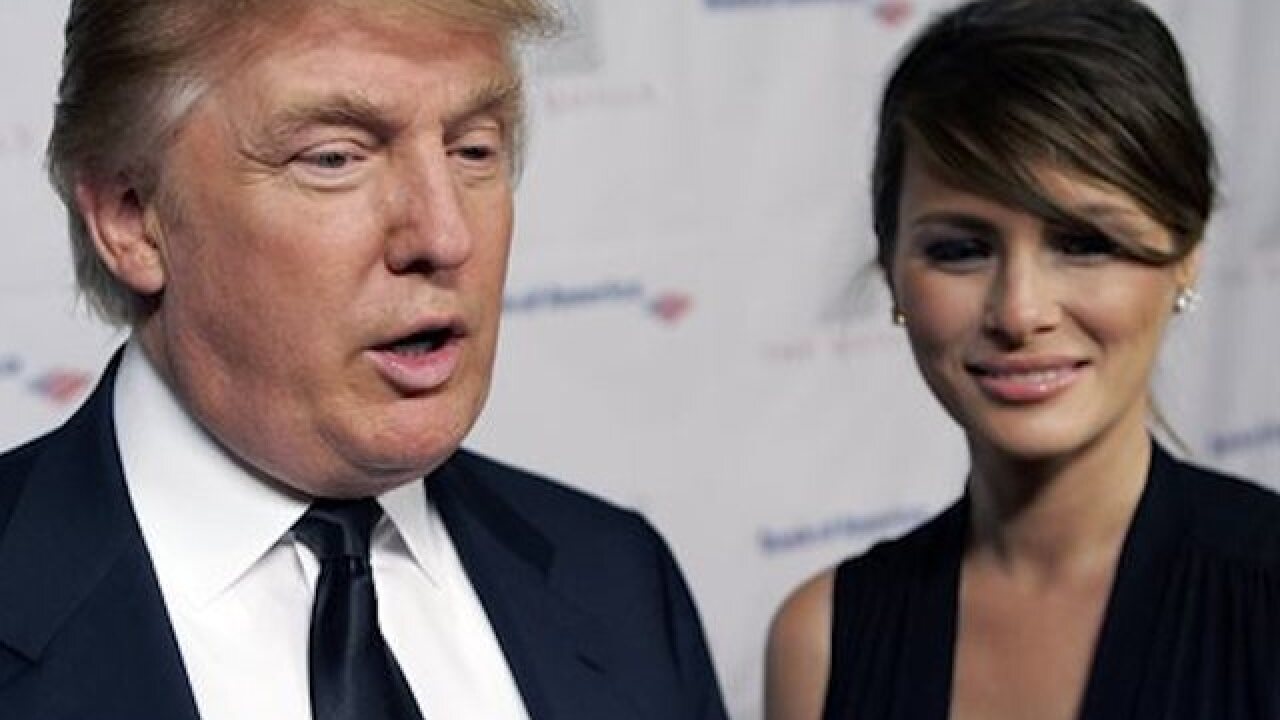 Copyright Associated Press
Stephen Chernin
<p>In this Oct. 10, 2006, file photo, Donald Trump and wife Melania attend the Second Annual Quill Awards at the American Museum of Natural History in New York. If the prospect of first lady Melania Trump evokes no clear image, thatís no accident. Donald Trumpís wife has said little in the campaign about the type of first lady sheíd like to be should her husband win the Republican nomination and the presidency. (AP Photo/Stephen Chernin, File)</p>

If that prospect evokes no clear image, that's no accident. Donald Trump's wife has said little in the campaign about the type of first lady she'd like to be should her husband win the Republican nomination and the presidency. The distance, she's said, is intentional so she can focus on the couple's 9-year-old son, Barron.

But should he become the GOP candidate for the fall, the Slovenian-born model, mother and multilingual speaker would face big decisions about her family, her life and her potential position in American history. The presidential voting starts when Iowans caucus Feb. 1.

For now, Melania Trump is her husband's top supporter at events, a striking brunette swathed in couture, frequently seen but seldom heard. Her first campaign turn came in Myrtle Beach, South Carolina, in November, as the candidate called his family on stage during a rally. Turning to Melania, his third wife, Trump asked if she'd like to say something.

She stepped to the microphone and cocked a manicured thumb over an elegant shoulder.

"Isn't he the best?" Mrs. Trump, 45, asked the crowd in heavily accented English. "He will be the best president ever. We love you!" Like her husband, she is not given to understatement.

As his supporters roared, Donald Trump gave her a kiss and could be heard saying: "Thank you, honey. Very nice."

It was the barest of glimpses into the life of a couple who celebrated their 11th wedding anniversary Friday. Their relationship began at least six years earlier, dating back to the 1998 party in Manhattan when the newly separated Trump asked then-model Melania Knauss, 24 years his junior, for her telephone number. She rebuffed him because he was with a date that night, she has said.

By the next year, they were a couple. Trump was seeking the Reform Party nomination in the 2000 presidential election. His girlfriend was asked how she viewed herself if ever she became first lady.

"I would be very traditional," she told The New York Times. "Like Betty Ford or Jackie Kennedy."

Would she now stay as far above the political fray as the couple's triplex overlooking Central Park? That's largely up to the Trumps, but they're in no hurry to decide.

Through a spokeswoman, Mrs. Trump declined an interview request from The Associated Press.

A sketch of what we know:

In many ways, Melania Trump would be a first in American history: She'd be the only first lady who is the third wife of a president, and the first to be born and raised in a communist nation, according to Carl Anthony, historian at the National First Ladies' Library. She almost certainly has shown more skin than any other U.S. first lady — that was her in 2006, very pregnant, in a gold bikini on the steps of her husband's private jet in Vogue magazine.

By 2016, Melania Trump has gotten married, had a child and adopted a much more traditional posture as a candidate's spouse. She wouldn't be the first president's wife to be born in another country — that would be Louisa Adams, born in England. Nor would she be the first first lady to have married a divorced man — hello, Nancy Reagan. And she'd be the third first lady to have worked as a professional model, after Pat Nixon and Betty Ford.

Experts on first ladies said Melania Trump is being smart by laying low now, especially if she is not comfortable talking about politics and policy. But eventually, they said, she'd be wise to build on what she knows. Melania Trump studied design and architecture at the University of Ljubljana in Slovenia — so perhaps advocating for historical preservation would suit her. Maybe she'd expand her charity work. Even her model-perfect poise and ability to speak multiple languages could be an asset to her English-only husband during state dinners and other White House social events.

"It's best when they draw from their experience, and marry that up with the overall focus of their husbands' administration," said Anita McBride , who was chief of staff to first lady Laura Bush.

Anthony said: "I think she is a great emotional support to him or a ballast for him."

Donald Trump has signaled that his daughter, Ivanka, might be unusually prominent for a president's daughter. He volunteers Ivanka's name when asked whose advice he values. It was she, not Melania, who introduced her father when he announced his campaign. During breaks in Republican debates, it was Ivanka, one of Donald Trump's five children, with whom he huddled.

For all of her public discretion, Melania Trump has been consistently public about one thing: She's more than an accessory. "I have my own mind," she told Harper's Bazaar in an interview published this month. "I am my own person, and I think my husband likes that about me."

On a visit to the Trump triplex above Manhattan, one of the contestants on his show, "The Apprentice," says to Melania: "You're very, very lucky."

"Thank you," Melania, holding a glass of champagne, says with a glittering smile. "And he's not lucky?"