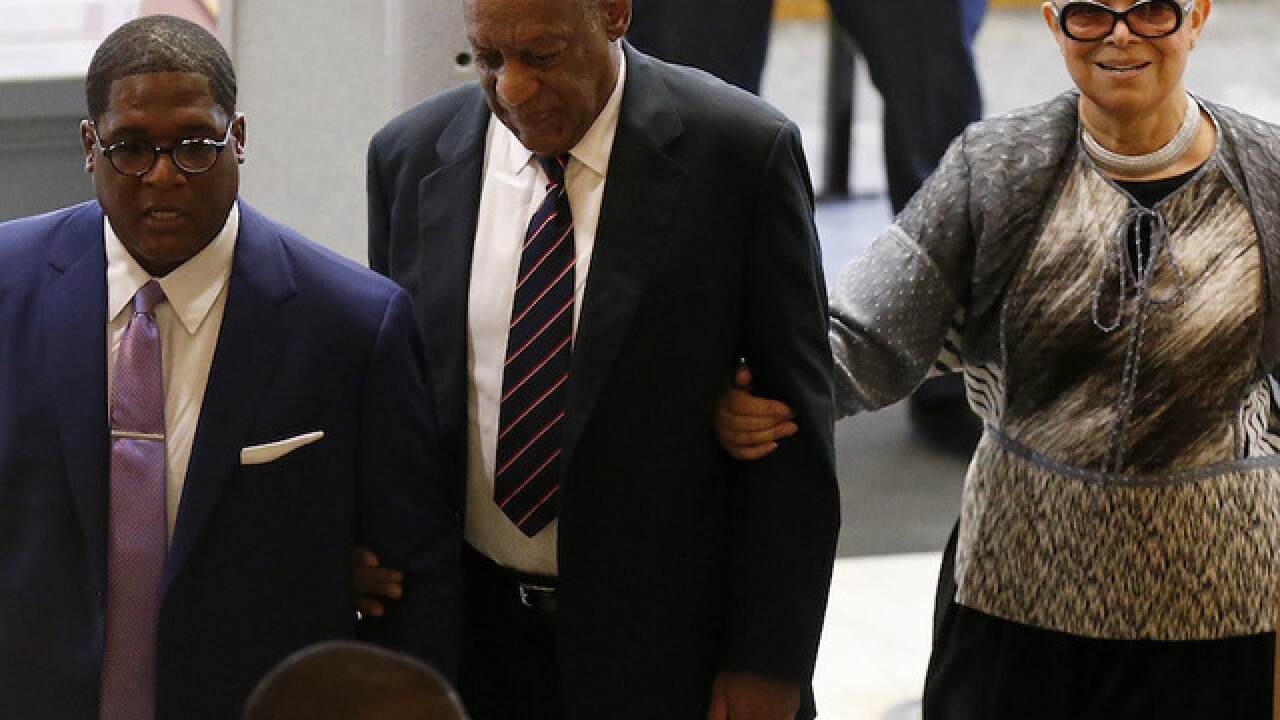 Copyright Getty Images
Pool
<p>NORRISTOWN, PA - JUNE 12: Bill (C) and Camille Cosby and aide Andrew Wyatt enter the Montgomery County Courthouse on June 12, 2017 in in Norristown, Pennsylvania. A former Temple University employee alleges that the entertainer drugged and molested her in 2004 at his home in suburban Philadelphia. More than 40 women have accused the 79-year-old entertainer of sexual assault. (Photo by David Maialetti-Pool/Getty Images)</p>

Andrea Constand is giving thanks to the Pennsylvania county where Bill Cosby was found guilty of assaulting her -- and presumably its prosecutors and jurors -- in her first post-trial tweet.

"A very profound and heartfelt thank you to the Commonwealth of PA, Montgomery County, for their service and sacrifices. Congratulations," her tweet from Friday morning reads.

Cosby, the 80-year-old comedian, was found guilty Thursday of three counts of aggravated indecent assault for drugging and sexually assaulting Constand at his suburban Philadelphia home in 2004.

The verdict came a year after Cosby's previous trial ended in a mistrial when a different panel of jurors said they were deadlocked and could not unanimously agree on a verdict.

A sentencing hearing with Judge Steven O'Neill has not yet been scheduled, and Cosby remains out on bail.