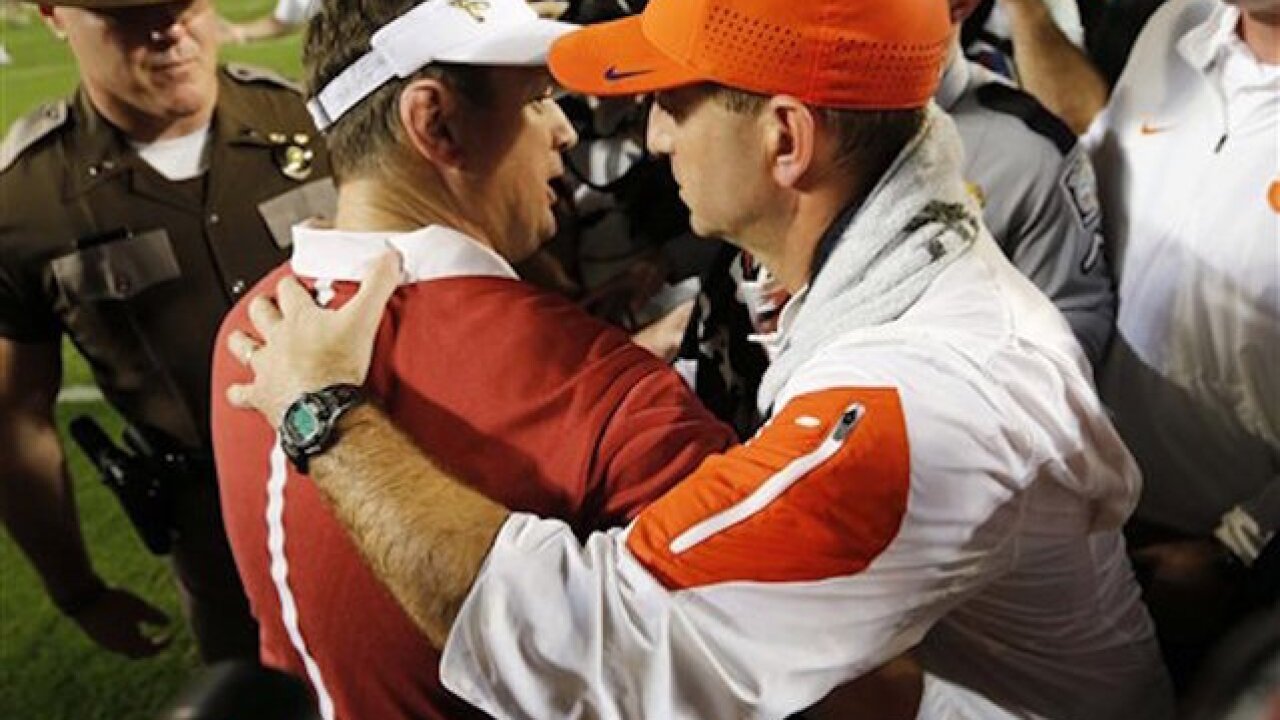 Lopsided games and having the College Football Playoff semifinals on New Year's Eve led to a 13 percent drop in TV ratings for the New Year's Six Bowls from last year.

The overnight ratings for the big New Year's Day bowls were announced Saturday by ESPN, which broadcasts all the games.

All three of Friday's major bowls were blowouts. The Fiesta between Ohio State and Notre Dame, earned a 6.2 rating. That was up 35 percent from last season's Arizona-Boise State game. The Buckeyes won 44-28.

The Sugar Bowl, which Mississippi won 48-20 against Oklahoma State, drew a 5.3 rating