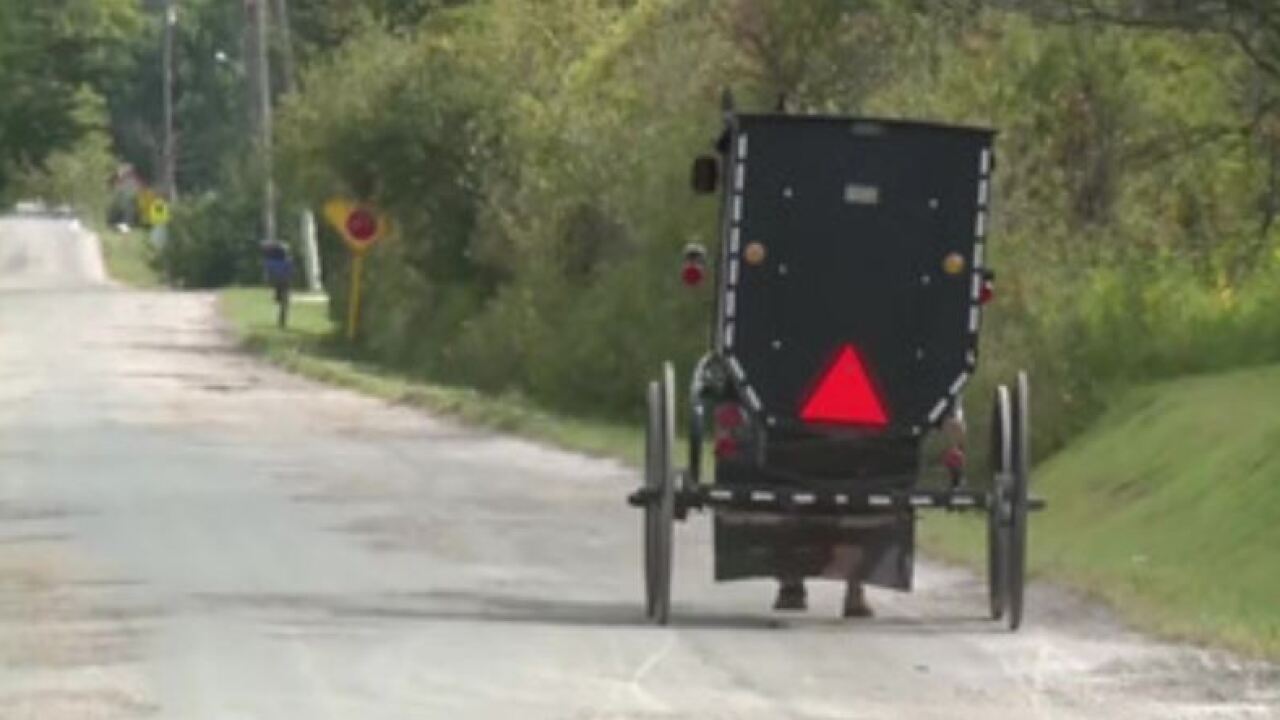 OHIO — Police officers often say no traffic stop is routine and there was nothing routine when a Trumbull County Sheriff’s deputy pulled over an Amish buggy early Sunday morning.

The deputy was on patrol in North Bloomfield in the heart of the county`s Amish community, when he spotted a buggy on Donley Road.

According to his report, he saw two Amish men drinking inside the buggy and on top of the vehicle was a 12 pack of beer. He also spotted something unusual for an Amish buggy: a stereo system with large speakers.

When the deputy attempted to stop and question the two men about drinking and driving, they jumped out of the buggy and ran, disappearing into a heavily wooded area on the side of the road. According to the report, the horse pulling the buggy took off running, and the deputy gave chase, eventually catching up with it a short distance away.

“I`ve never operated an Amish buggy with a horse, but I`m told that the horse will know the way home regardless of the operator is awake or even in the buggy, and that horse went a little further down the road and onto an oil/gas well road and stopped,” said Chief Deputy Joe Dragovich.

The deputy had the buggy towed from there scene and the horse was turned over to a local farmer for safekeeping until the owner can be identified.

In a rite of passage known as Rumspringa, younger members of the Amish community are permitted to experiment with influences from the outside world, but authorities in Trumbull County said they have a duty to enforce the law in Amish country the same way they do in the rest of the county.

"Unfortunately, they`re not licensed as far as the buggy goes, but it is a vehicle, it`s on the roadway and the OVI laws do apply. You`re not allowed to drink and drive or operate a buggy," Dragovich told FOX 8.

Once authorities identify the two members of the Amish community, they could be charged with failure to comply with the deputy’s commands.

“Maybe there`s just that fear of the consequences and that would be a reality check for them, that there are consequences, but I encourage them to come forward and get their buggy and horse,” Dragovich said.