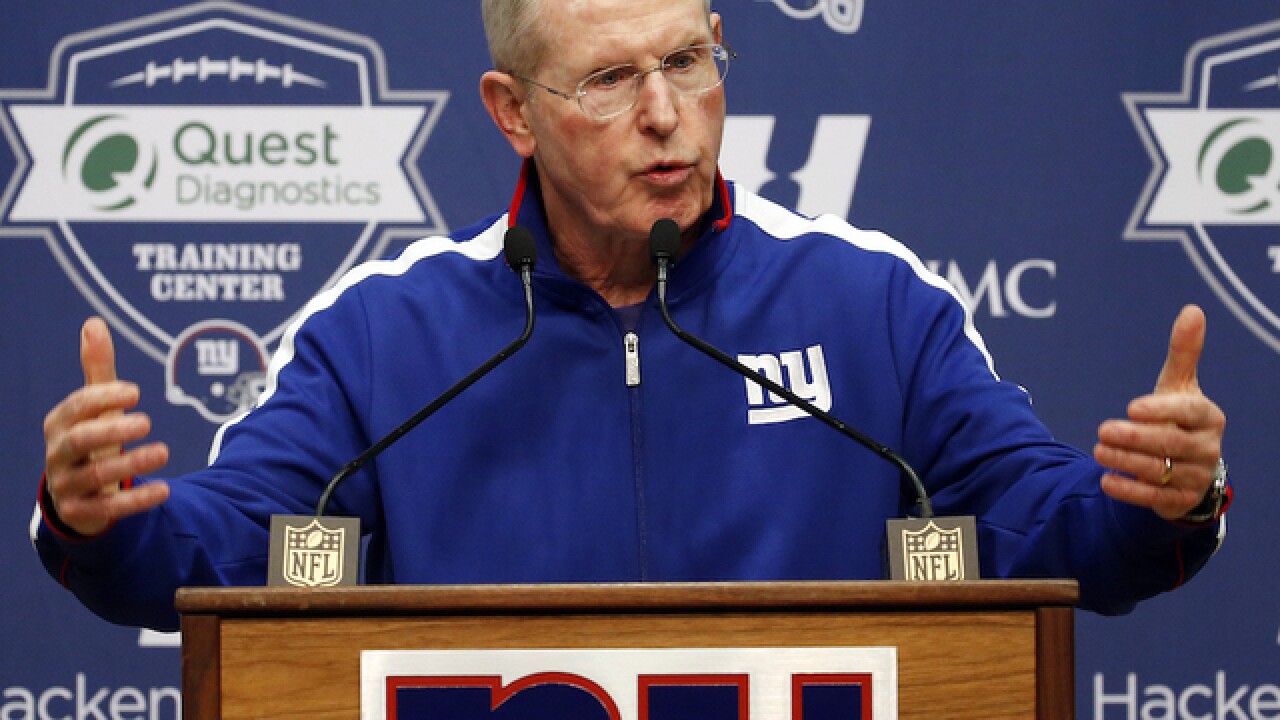 Tom Coughlin, who returned the Giants to NFL prominence by winning two Super Bowls, resigned Monday after missing the playoffs for the fourth consecutive year.

Coughlin said he stepped down "in the best interest of the organization."

The move may signal the end of a 20-year NFL head coaching career for the 69-year-old Coughlin, one of 13 coaches to win multiple Super Bowls.

The league's oldest active coach and third-longest tenured among the 32 who finished the season, Coughlin came into 2015 knowing he had to get the Giants back to the postseason to keep his job. It didn't happen.