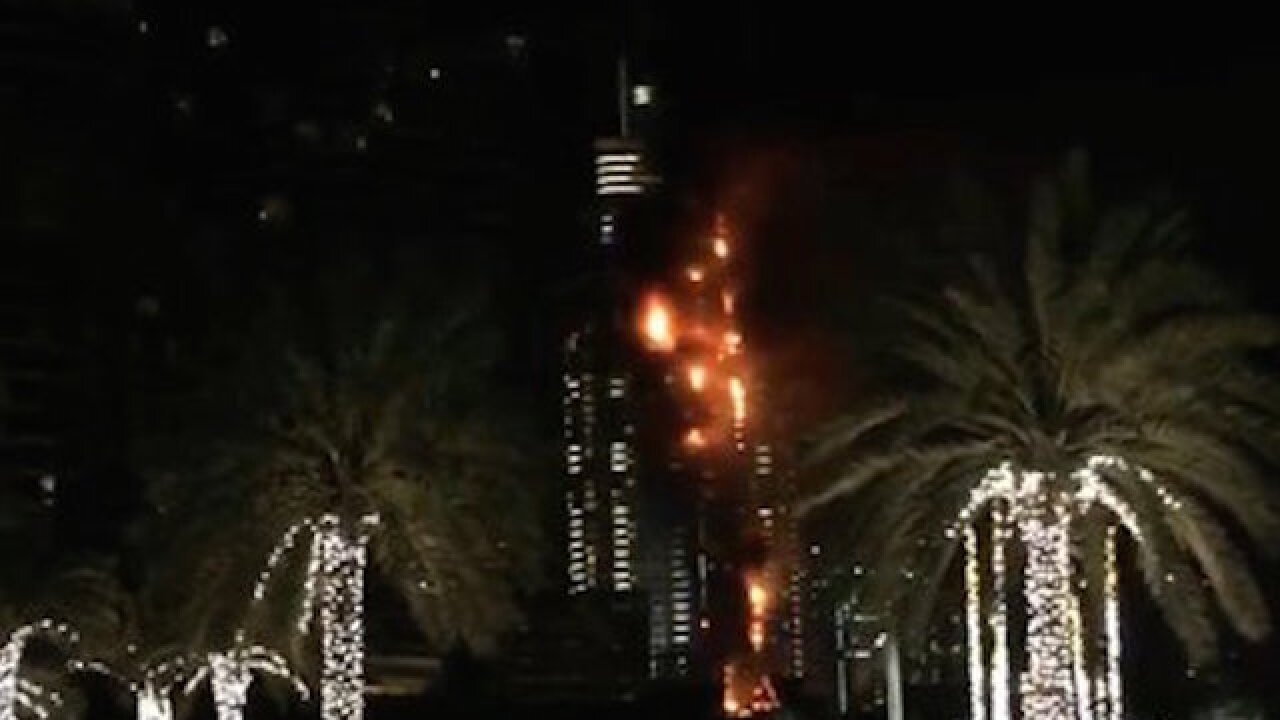 The 63-story Address Downtown luxury hotel caught fire just before a fireworks display at the nearby Burj Khalifa, the world's tallest building. The hotel burned through the fireworks display and into the new year. No one died in the blaze. Only 14 people were injured.

Egypt's consulate in Dubai had to intervene and convince authorities that the two "had no bad intentions and did not mean to ridicule" the accident in order to secure their release, MENA reported.

The Emirates' state-run WAM news agency reported the news late Friday, citing Essam al-Humaidan, the attorney general of the city-state of Dubai. The two men were released after investigators found "no evidence of criminal intent," he said.

While liberal compared to much of the Middle East, the Emirates has a cybercrime law under which people can be arrested, imprisoned and deported for taking photographs without the consent of those shown.

Following the incident, Egypt's Assistant Foreign Minister Hisham el-Naqeeb urged Egyptians abroad to "use social media well ... and bear in mind the feelings of (their) brothers to avoid questioning."