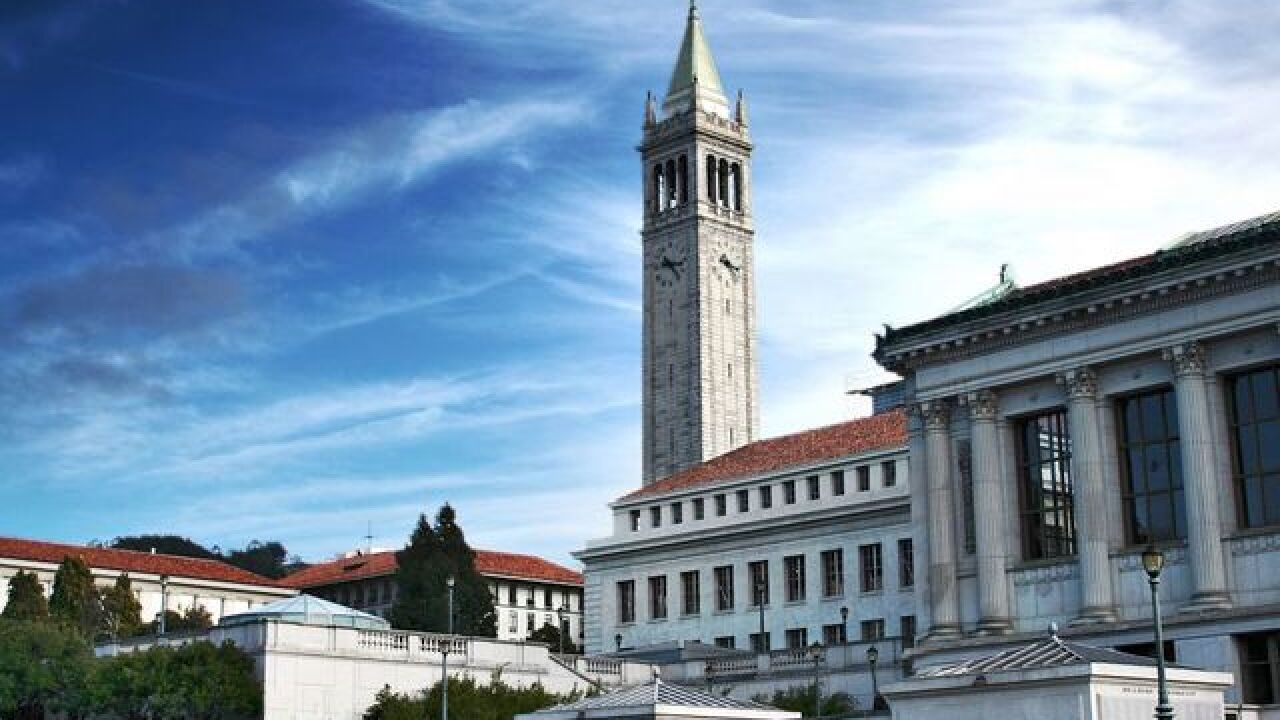 BERKELEY, Calif. (AP) — Officials at the University of California, Berkeley, are reviewing whether the men's head basketball coach correctly handled sexual harassment allegations against one of his assistants.
The review aims "to dispel any doubts" about coach Cuonzo Martin's role in the case that led to the firing of assistant coach Yann Hufnagel, athletic director Mike Williams said in a statement late Tuesday.
"We firmly believe the results will support our confidence in Coach Martin," Williams said.
Supervisors and managers are required to promptly forward any sexual misconduct complaints, and those who fail to do so may face discipline, campus policy says. That includes head coaches, UC Berkeley spokesman Dan Mogulof said Wednesday.
A report shows the university launched the inquiry into Hufnagel in early July after a female journalist sent Martin a long email describing in graphic detail the unwelcome advances she received from his assistant.
The journalist wrote the email six weeks after she first told Martin by phone about her concern Hufnagel was sexually harassing her. Her name and news organization were redacted from the report released Tuesday.
Hufnagel, 33, is at least the fourth campus employee in the last year to face sexual harassment allegations that were substantiated during campus investigations.
He said in a Tweet Wednesday he has hired an attorney to fight UC Berkeley's decision to fire him.
"These last days have been gut-wrenching," Hufnagel said. "Being ripped away from the team that I love deeply has been, in a word, unbearable."
The university has faced criticism for what some saw as its light-handed discipline in the three earlier cases, involving the campus' vice chancellor for research, a prominent astronomer and the dean of the law school. All three men initially were allowed to keep their jobs but ended up resigning under pressure.
In the Hufnagel case, the woman told investigators that Martin was livid when she initially voiced her concerns by phone in late May, telling her, "I take this very seriously," and that he planned to speak with Hufnagel right away. Martin also told her to get back in touch with him in a few days, but they never connected, she said.
Instead, the journalist said she heard from Hufnagel via a Twitter message that read, "I need to call you. What is your phone number?" When she told Martin about the contact, she said he told her it was her choice whether or not to respond.
The redacted report does not make clear how Martin responded to the woman's follow-up email in July. But two days after she sent it, an associate athletic director contacted the university office that investigates sexual harassment.
Martin was traveling with his team to a NCAA Tournament game in Spokane, Washington, on Wednesday and was not available to comment, Mogulof said.
Martin's name was not in the report, but context made it clear that he was interviewed as a witness.
He told campus investigators he did not get a sense from his initial phone conversation with the journalist that she felt she had been mistreated and "denied that she provided any details or described anything as constituting sexual harassment."
The woman also did not object when Martin said he would tell Hufnagel to call her, the head coach said.
The campus' Office for the Prevention of Harassment and Discrimination would be looking at the actions of other employees besides Martin during the review into the handling of the Hufnagel allegations, the university spokesman said.
"He is one of the people involved, but not the only one," Mogulof said. "We are not doing it because we suspect anything wrong. We are doing it because we want to make sure there wasn't anything wrong."
Associated Press 2016