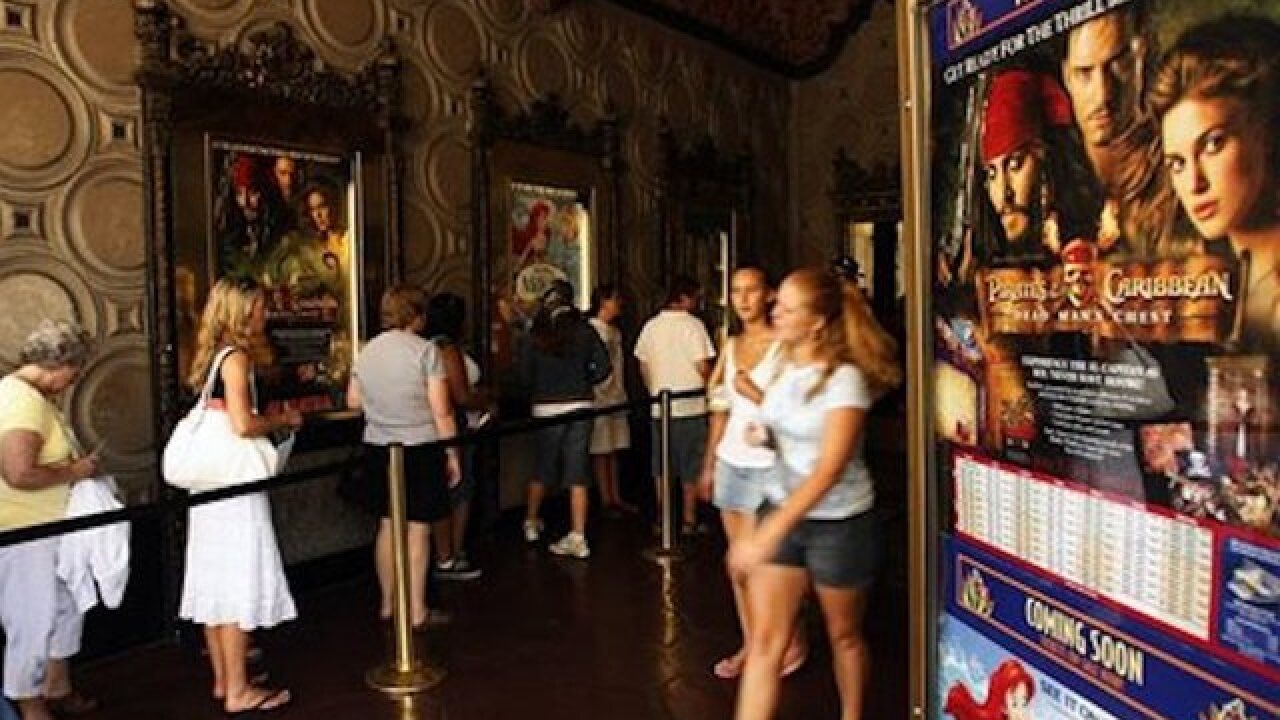 Copyright Associated Press
Damian Dovarganes
<p>In this July 10, 2006, file photo people wait in line outside El Capitan Theatre to watch "Pirates of the Caribbean: Dead Man's Chest," in the Hollywood district of Los Angeles. UCLA's Bunche Center has found that for the last few years, movies do better at the box office if two or three top-billed actors are minorities. As they come out with another year of data just ahead of the Oscars, the center's findings underpin why the Academy's all-white acting nominee slate is so out of touch with the movie-going public. (AP Photo/Damian Dovarganes, File)</p>

LOS ANGELES (AP) — Movies make more money when exactly half the cast is non-white, according to an annual analysis that shows an even stronger connection between diversity and profits — and suggests how profoundly out of touch the motion picture academy is when giving Oscars only to white actors.

In previous years, movies did better at the box office if two or three of the top eight billed actors were non-white. The latest review, examining 2014 ticket sales, shows four of eight is the magic number, UCLA's Ralph J. Bunche Center for African American Studies found.

"When we look at film, we see an even stronger relationship between cast diversity and box office," said Darnell Hunt, director of the center, which focuses on African American studies, at the University of California, Los Angeles.

"These aren't momentary glitches. It's the handwriting on the wall," Hunt said.

Not every top-performing film has a hugely diverse cast — you have to scan down to the eighth listed actor in 2014's best movie, "Transformers: Age of Extinction," on IMDb.com to find Chinese actress Bingbing Li.

But in the study released Thursday, the Bunche Center took roughly the top 200 films of the last few years and looked at the median global haul at each grouping of diversity — from zero non-white actors to one, two, three, four, and then five and over.

It stands to reason why a modestly diverse cast pays off. In the U.S., Caucasians remained the largest moviegoing demographic in 2014 at 54 percent, according to the Motion Picture Association of America. But U.S. Hispanic and Asian audiences punch above their weight, making up a greater proportion of frequent moviegoers who see movies at least once a month than their percentage of the population overall.

And sometimes diverse audiences are core. For the top movie that year, "Transformers: Age of Extinction," 62 percent of the audience was non-white.

Overseas audiences — led by fast-growing China — are also making up an increasing share of the global box office, reaching 72 percent of the $36.4 billion in 2014, up from 66 percent just four years earlier. That trend has given rise to direct appeals to Chinese audiences, with filmmakers inserting scenes with Chinese actors in a handful of recent films, including "Mission Impossible: Rogue Nation" and "Iron Man 3."

The motion picture academy behind the Oscars has moved swiftly to tamp down an uproar over its all-white acting nominee pool for the second year running. Academy president Cheryl Boone Isaacs has taken steps to diversify the membership of the overwhelmingly white and male institution.

Sony Pictures CEO Michael Lynton said recently at the Code Media conference that the move was a "positive step" to align the awards ceremony with the reality that diversity can be good for business.

"You only need to look at a film franchise like 'Fast and Furious' to see what an enormous success that movie has been and in large part I would argue, it's because of the diversity of the cast," he said. "I think the Academy has reacted very, very quickly and positively to what I think was a very, extremely unfortunate situation this year."