UK, Germany back Lagarde for new term at IMF 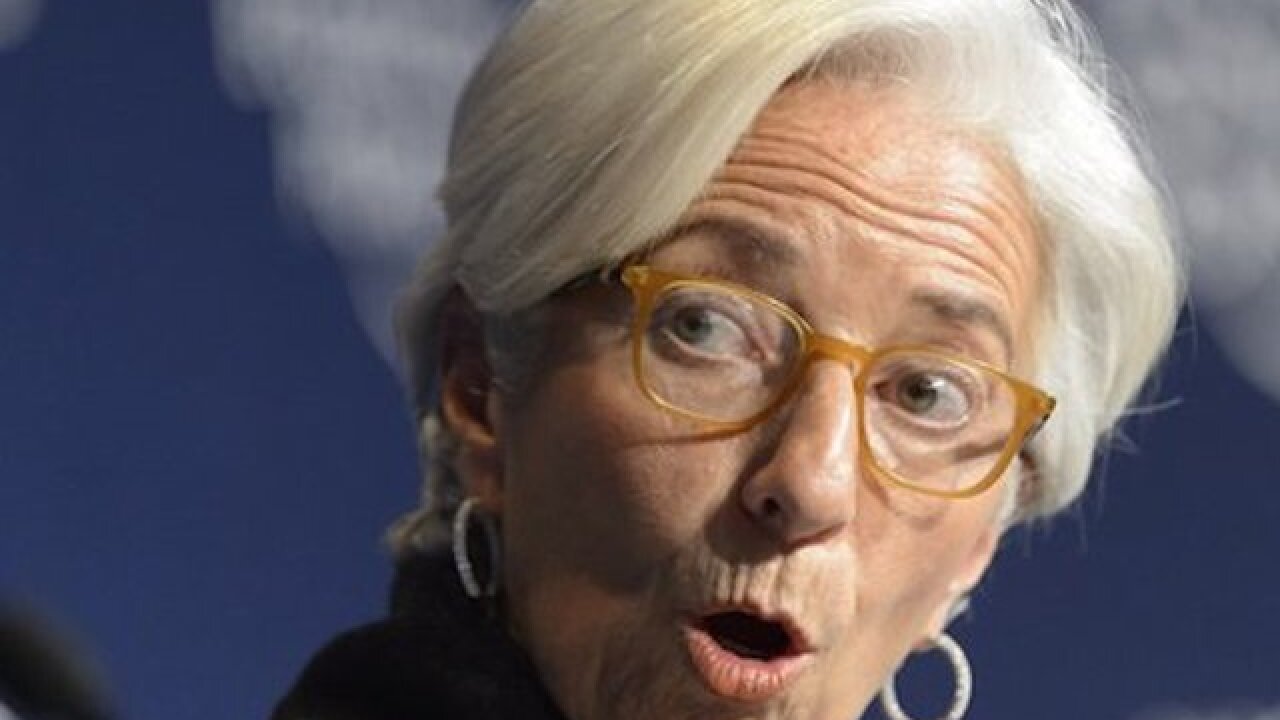 DAVOS, Switzerland (AP) — Britain and Germany gave their key backing Thursday for Christine Lagarde to stay at the helm of the International Monetary Fund for a second term. The savvy Frenchwoman, however, held back from confirming she wants the job.

While Lagarde has been widely praised for her leadership role at the organization, which has coordinated bailouts for countries and monitors reforms globally, developing countries have increasingly opposed an informal arrangement by which a European heads the IMF. The sister organization, the World Bank, has until recently typically been led by an American.

The IMF's recent downgrade of growth forecasts and Lagarde's future are on many minds at this week's World Economic Forum gathering in Davos, Switzerland where she is a prominent presence.

British finance chief George Osborne issued a statement Thursday saying his government nominated her to stay in the post.

"At a time when the world faces what I've called a dangerous cocktail of risks, I believe Christine has the vision, energy and acumen to help steer the global economy through the years ahead," he said.

The German government quickly followed, with a finance ministry statement saying Lagarde "was a circumspect and successful crisis manager during the difficult period after the financial crisis."

For the IMF post, individual countries normally nominate their preferred candidate before the individual declares their intention to run.

At a panel at Davos, Lagarde said she was honored but did not want to confirm whether she would agree to stand again once her term runs out in July.

"I'll be waiting before I say anything about that," she said.

The World Economic Forum meeting of business leaders and public figures has been overshadowed by turmoil in global markets and geopolitical security issues.

Speaking about China's economic slowdown, she said the country needed to refine its communication on reforms it was taking and its market policies.

A Chinese market regulator said the concerns over growth were overstated. He said China has no option but to support growth this year, using its large financial reserves if needed.

"We cannot afford to let the growth rate to fall too sharply, because that would ignite a lot of financial problems inside China. So we will have appropriately expansionary fiscal and financial policy this year," said Fang Xinghai, from China's Central Leading Group for Financial and Economic Affairs.

Ray Dalio, the chairman of Bridgewater Associates, said the biggest concern was China's currency. As it weakens, that will weigh on the global economy by hurting trade, among other things.