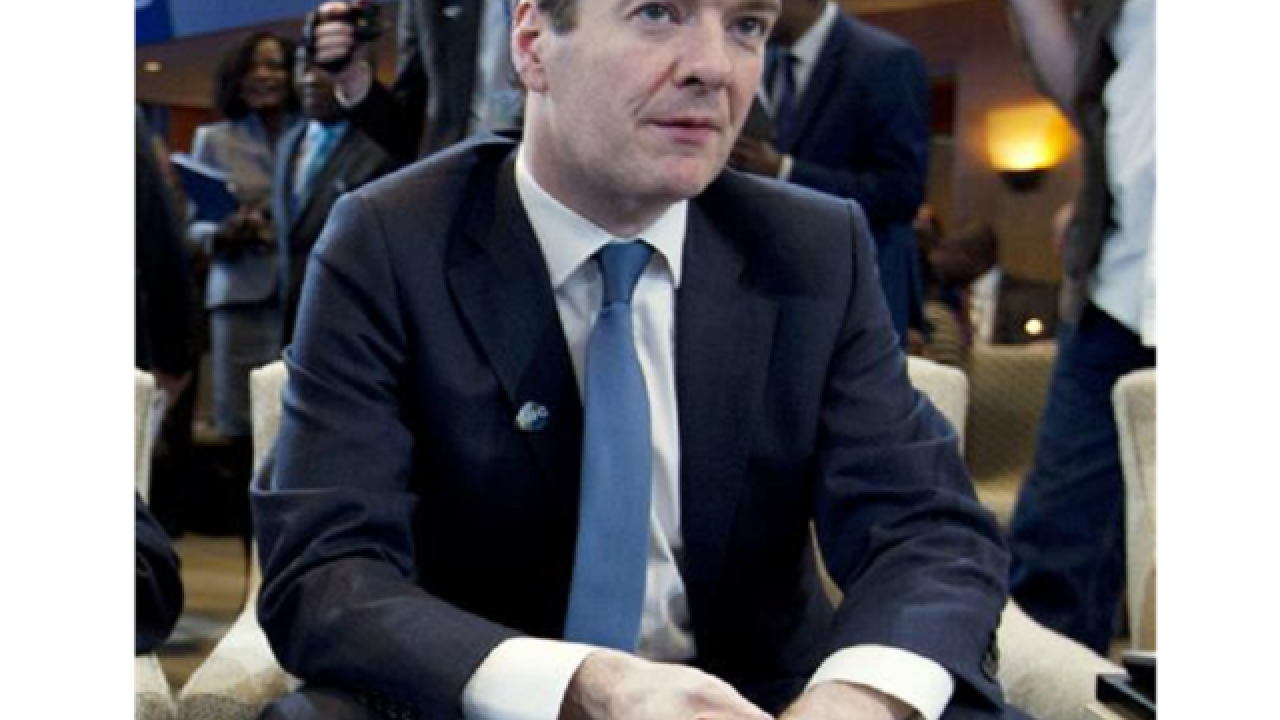 LONDON (AP) — Treasury chief George Osborne sought Monday to ease investor concerns about Britain's vote to leave the European Union, saying the U.K. economy is as strong as it could be to face the challenge.
In his first public appearance since Thursday's referendum, Osborne stressed that Britain's economy is in a far better position than it was at the start of the 2008 financial crisis.
"It will not be plain sailing in the days ahead," he said. "But let me be clear. You should not underestimate our resolve. We were prepared for the unexpected."
The pound plunged to its lowest level in 30 years on Friday and fell another 2 percent against the U.S. dollar before Osborne's remarks. The currency clawed back some of those losses after the speech and traded at 1.3462 as of 8:04 a.m. London time.
In a move certain to buoy the markets, Osborne pledged not to impose a new austerity budget — even though he had said during the campaign that one would be necessary. The move seemed intended to reduce uncertainty, putting to bed the possibility of tax rises or other potential hits on the economy.
Osborne said he had been working closely with Bank of England Governor Mark Carney and fellow finance ministers and international organizations over the weekend.
"We are prepared for whatever happens," he said.
In another move to try to slow the reaction, Osborne stressed that only Britain can invoke Article 50, which triggers the formal process by which the country would leave the EU. He said that the U.K. "should only do that when there is a clear view about what new arrangement we are seeking with our European neighbors."
Prime Minister David Cameron is expected to chair an emergency Cabinet meeting Monday. America's Secretary of State, John Kerry is visiting Brussels and London to address the fallout from the vote.
Political turmoil has roiled the country in the days since the vote, as the leaders grappled with the question of how precisely the country would separate Britain from the other 27 nations in the bloc.
Opposition Labour leader Jeremy Corbyn is also facing upheaval within his own party, after about a dozen of his closest advisers quit his inner circle. The advisers believe Corbyn's lackluster campaign in support of remaining in the EU fatally undermined his ability to lead.
The vote is also causing a political schism in the U.K. overall. Scottish First Minister Nicola Sturgeon said she would "consider" advising the Scottish Parliament to try to use its power to prevent Britain from actually leaving the EU.
She said Scottish lawmakers might be able to derail the move by withholding "legislative consent" for a British exit, or Brexit.
Copyright 2016 The Associated Press. All rights reserved. This material may not be published, broadcast, rewritten or redistributed.