UN: $40B needed to aid those in war, disasters 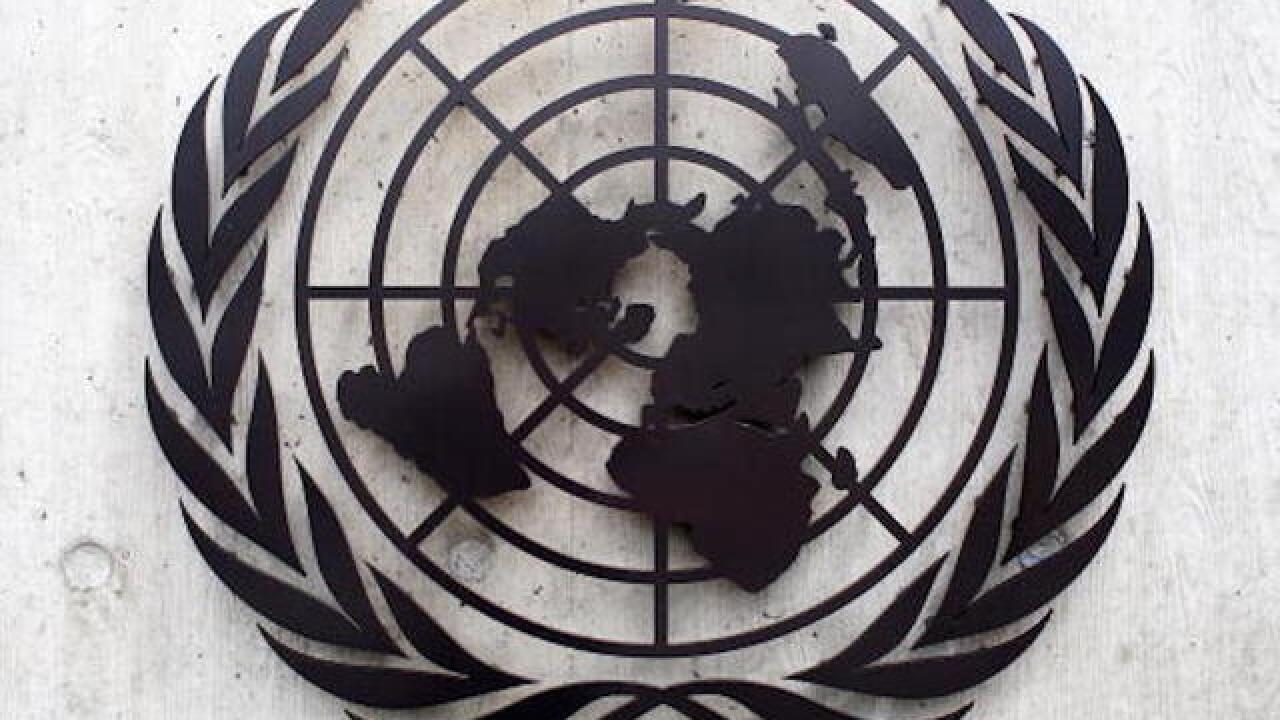 DUBAI, United Arab Emirates (AP) — An estimated $40 billion is needed annually to help the rapidly growing number of people needing humanitarian aid as a result of conflicts and natural disasters — and one possibility to help fill the $15 billion funding gap is a small voluntary tax on tickets for soccer games and other sports, concerts and entertainment events, airline travel, and gasoline, a U.N.-appointed panel said.

The panel's report on humanitarian financing, launched Sunday by U.N. Secretary-General Ban Ki-moon, says the world is spending around $25 billion to provide life-saving assistance to 125 million people devastated by wars and natural disasters — more than 12 times the $2 billion that was spent in 2000.

The nine-member panel calculated that an additional $15 billion is needed annually to reduce suffering and save lives. It warned that if current trends continue, the cost of humanitarian assistance will rise to $50 billion by 2030.

"This is an age of mega-crises," Ban said at the launch event, which was held at a desert site in Dubai that serves as a logistical hub for U.N. emergency humanitarian supplies and international relief efforts.

The 31-page report said that despite $25 billion being spent last year to provide life-saving assistance to people around the world, 1.6 million Syrian refugees had their food rations cut and 750,000 Syrian refugees could not attend school.

"While record sums are being given to the noble cause of humanitarian action, generosity has never been so insufficient. We cannot go on like this," Ban said, adding that humanitarian assistance is now the U.N's costliest activity, surpassing peacekeeping missions.

The report focuses on three solutions for how to reform humanitarian aid: mobilizing additional funds, particularly from the private sector; shrinking the need for aid through prevention and quicker resolution of problems, and improving the efficiency of assistance to reflect the needs of people rather than the needs of aid organizations.

The report says that today's massive instability and its capacity to cross borders, demonstrated by the flight of people from Syria and other conflict areas to Europe, makes humanitarian aid a global public good.

"What we ought to do is morally right, but it is also in our own self-interest because trouble in the world travels, and you never know when it will come and knock at your door," panel co-chair Kristalina Georgieva, the European Commission's vice president for budget and human resources, said in Dubai.

The report recommends that at the first U.N. humanitarian summit, to be held in Istanbul in May, governments voluntarily sign on to the concept of a "solidarity levy" to create a steady flow of aid.

The report gives the example of a small levy on airline tickets, initially proposed by France, which raised 1.6 billion euros between 2006 and 2011 from just 10 participating countries — Georgieva estimated this at $2.3 billion — to help fund diagnosis and treatment for HIV/AIDS, malaria and tuberculosis in low-income countries.

Georgieva said in a video briefing from Brussels before the report's release that the panel couldn't agree on the specifics of a levy because some members are against taxation. But she said she is "more optimistic on a voluntary levy, especially combined with social responsibility."

She said the panel talked about a small tax on "high-volume transaction businesses" like Uber, concerts, entertainment, movies and sports and has been talking to some "potential players" including FIFA, the governing body of world football.

She said people probably wouldn't feel a five-cent or 10-cent addition to a ticket or a ride, but the money generated could have a major humanitarian impact.

The report also calls for governments with greater wealth to provide more aid; for the humanitarian community to "harness the power of business to deliver its key skills and capabilities," including by supporting the delivery of aid and creating jobs, and for Muslim countries to use "Islamic social finance" to help meet humanitarian needs. The report said that 31 out of 33 active conflicts today occur in Muslim-majority countries.

The report noted that through zakat, the annual charitable donation that is religiously required as a basic tenet of the Islamic faith, Muslims worldwide raised between $232 billion and $560 billion in 2015. However, the report said there is no coordination mechanism or independent body to help channel these funds effectively at the global level.

To improve aid delivery, the panel calls for an end to competition between aid organizations and between humanitarian and development agencies.

To shrink the need for aid, the panel calls for world leaders to commit to preventing and resolving conflicts and to increasing investments in reducing the risk of natural disasters.

"Unfortunately, it is easier to deliver humanitarian assistance than it is to invest in political solutions," the report said.