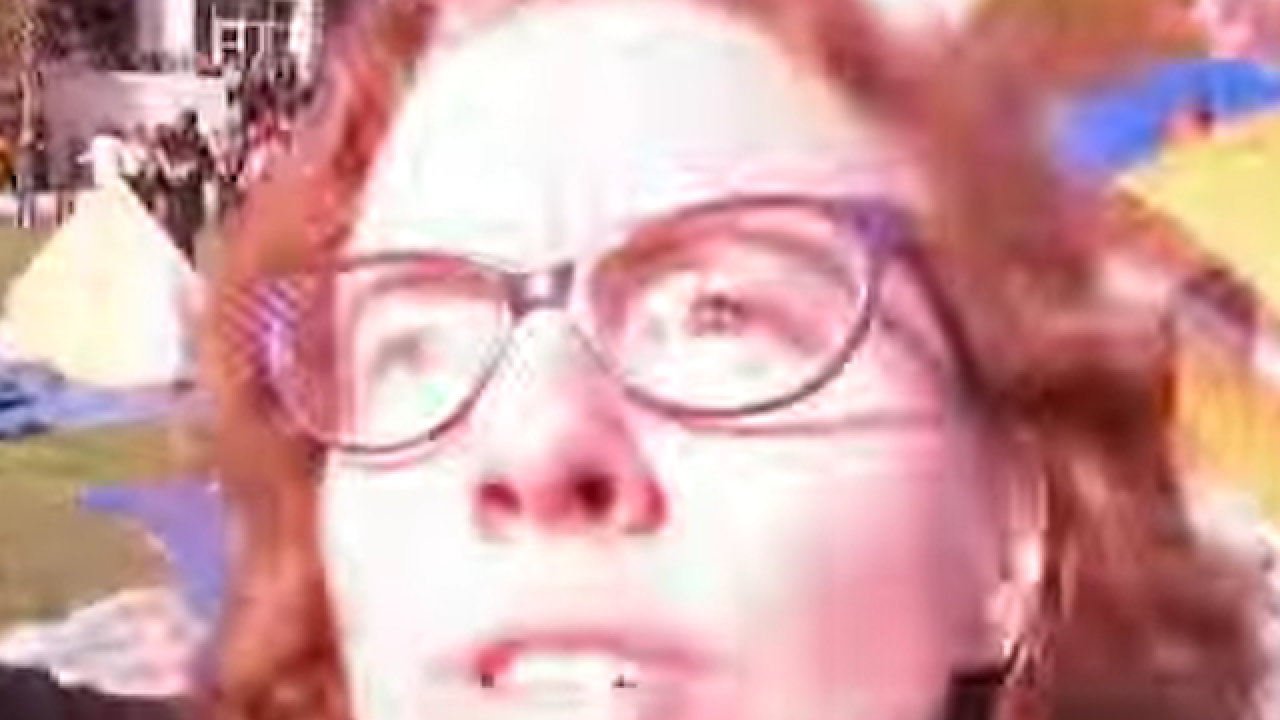 KANSAS CITY, Mo. (AP) — The University of Missouri fired an assistant professor on Thursday who had been suspended after run-ins with student journalists during protests last year, including a videotaped confrontation where she called for "some muscle" to remove a videographer from the Columbia campus.

Top university administrators announced Melissa Click's dismissal during a conference call. More than 100 state lawmakers had called for the dismissal of the 45-year-old assistant communications professor.

A video clip that went viral showed Click calling for "some muscle" to remove a student videographer during protests on Nov. 9 that were spurred by what activists said was administrators' indifference to racial issues on campus. Click was later charged with misdemeanor assault, but a Columbia prosecutor ultimately agreed to drop the case if Click completed community service.

As Columbia police pushed protesters onto the sidewalk, Click hugged students and spoke with them before stepping between Missouri graduate student Jonathan Butler, who later went on a hunger strike, and an officer.

Click, who was suspended last month, has said she regretted her actions.

"Her conduct and behavior are appalling, and I am not only disappointed, I am angry, that a member of our faculty acted this way," he said.

The full statement provided by the University of Missouri Interim Chancellor Hank Foley is listed below.

The process the Board of Curators used to reach a determination about Dr. Click’s employment at the university is not typical—but these have been extraordinary times in our university’s history, and I am in complete agreement with the board that the termination of Dr. Click is in the best interest of our university. Her actions in October and November are those that directly violate the core values of our university. I can assure you—as Board Chairwoman Henrickson noted—that there has been fairness in this process and investigation.

Finally, I personally would like to reiterate my commitment to ensuring a university community where we ALL feel valued and heard. Work is already underway—with much more to come. In the meantime, I, too, look forward to meaningful conversations ahead.