1 US soldier killed, 2 wounded in Afghanistan 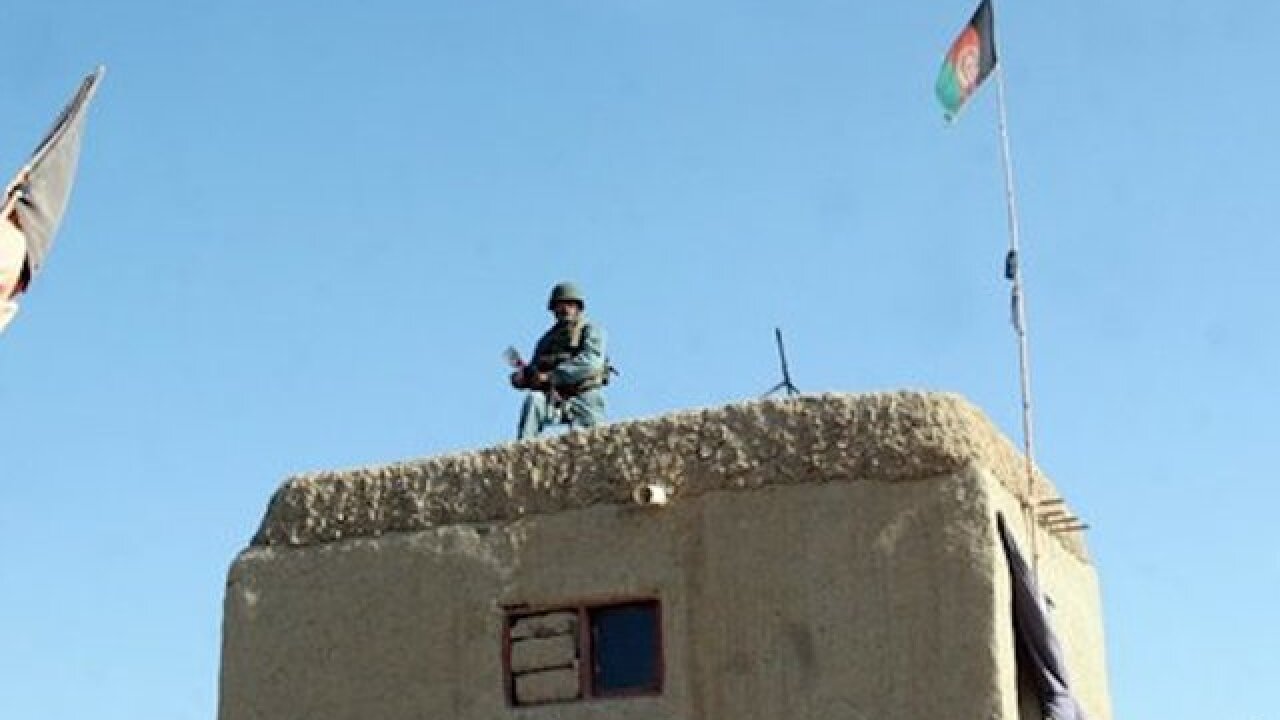 Copyright Associated Press
Abdul Khaliq
<p>An Afghan soldier guards at a checkpoint in the Nad Ali district of Helmand province, Afghanistan, Tuesday, Dec. 22, 2015. When Afghanistanís President Ashraf Ghani took office, he ushered in a period of hope for the countryís traumatized and war-weary people that decades of violence would soon end. But just one year later, many Afghans now believe the Taliban are winning the war as British troops deploy to the southern Helmand to help beleaguered Afghan troops regain control of a strategically important district in the poppy-producing province. (AP Photos/Abdul Khaliq)</p>

WASHINGTON (AP) — One U.S. service member was killed and two were wounded in fighting Tuesday in southern Afghanistan, the U.S. military command in Kabul said.

The fighting, which reflects intensified efforts by the U.S. and its Afghan partners to push back against recent Taliban gains, was near the city of Marja, Helmand province, which shares a border with Pakistan. The Taliban in recent weeks have focused their efforts on retaking parts of Helmand, and the U.S. has countered with U.S. special operations forces working with Afghan troops.

Details on the battle were sketchy.

In a brief written statement announcing the three U.S. casualties, the U.S. military command in Kabul said one died of wounds sustained "during operations" in Marja, and that two were wounded. The statement did not identify their service branch. Two U.S. officials said they were special operation troops.

"We are deeply saddened by this loss," said Brig. Gen. Wilson A. Shoffner, a spokesman for U.S. forces in Afghanistan. Speaking for Gen. John Campbell, the top U.S. commander in Afghanistan, Shoffner said, "our heartfelt sympathies go out to the families and friends of those involved."

A U.S. helicopter was sent to evacuate the casualties but did not immediately take off because of an unspecified problem.

In Kabul, a spokesman for the U.S.-led coalition, Navy Lt. Cmdr. Ron Flesvig, said the helicopter sent to evacuate the casualties had landed with a mechanical problem.