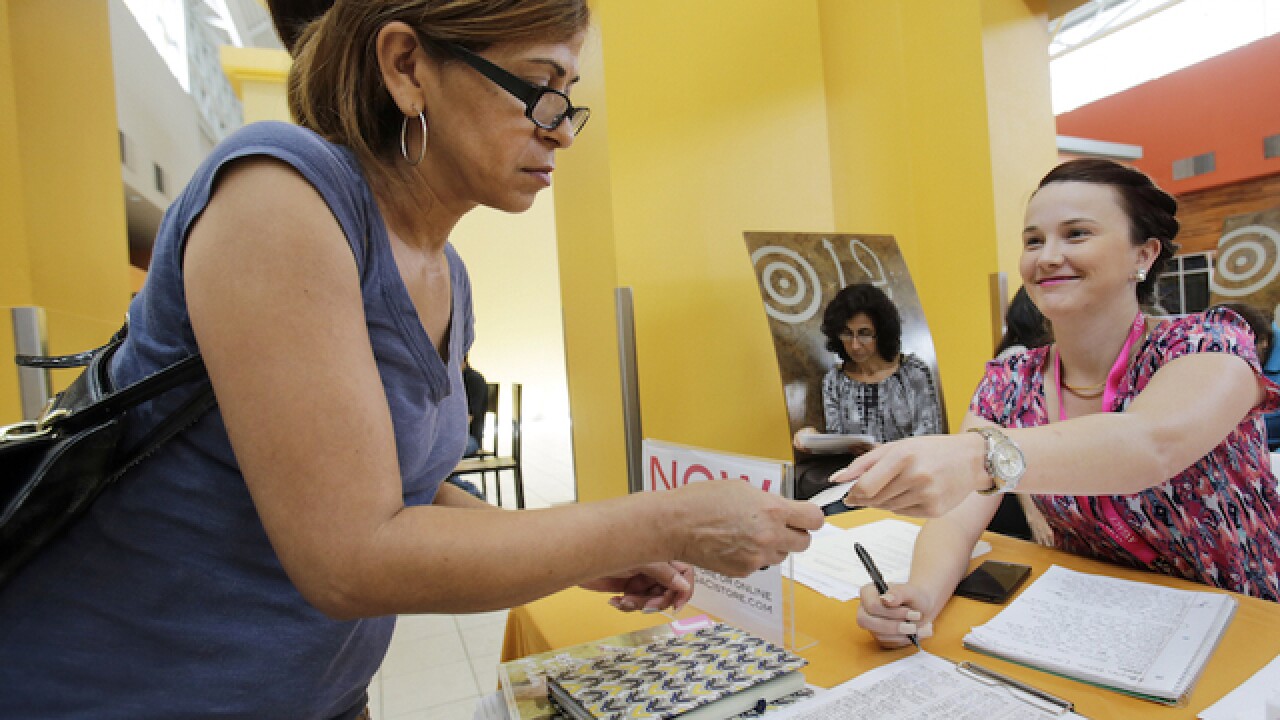 THE NUMBERS: Applications for jobless aid declined 5,000 to a seasonally adjusted 267,000, the Labor Department said Thursday. The less volatile 4-week average ticked up slightly to 272,500.

Over the past 12 months, the number of people collecting benefits has dropped 7.7 percent to 2.2 million.

THE TAKEAWAY: The U.S. job market continues to appear strikingly robust. Applications for benefits are often a proxy for layoffs, so the decline indicates that employers are holding onto their workers and potentially looking to expand their payrolls.

KEY DRIVERS: Net job growth has been robust. Employers are hiring 210,000 workers a month so far this year. And unemployment last month remained at a seven-year low 5 percent.

Claims have been below the critical threshold of 300,000 for the past 42 weeks, a level that generally points to monthly job gains in excess of 200,000.

BIG PICTURE: Employers and consumers have regained a level of confidence with the recovery from the Great Recession in the middle of its sixth year. Americans have stepped up their purchases of autos, homes and restaurant meals, and the economy has consistently added jobs even as the rest of the global economy struggles.