US, Canada fail to reach a deal on rewriting NAFTA 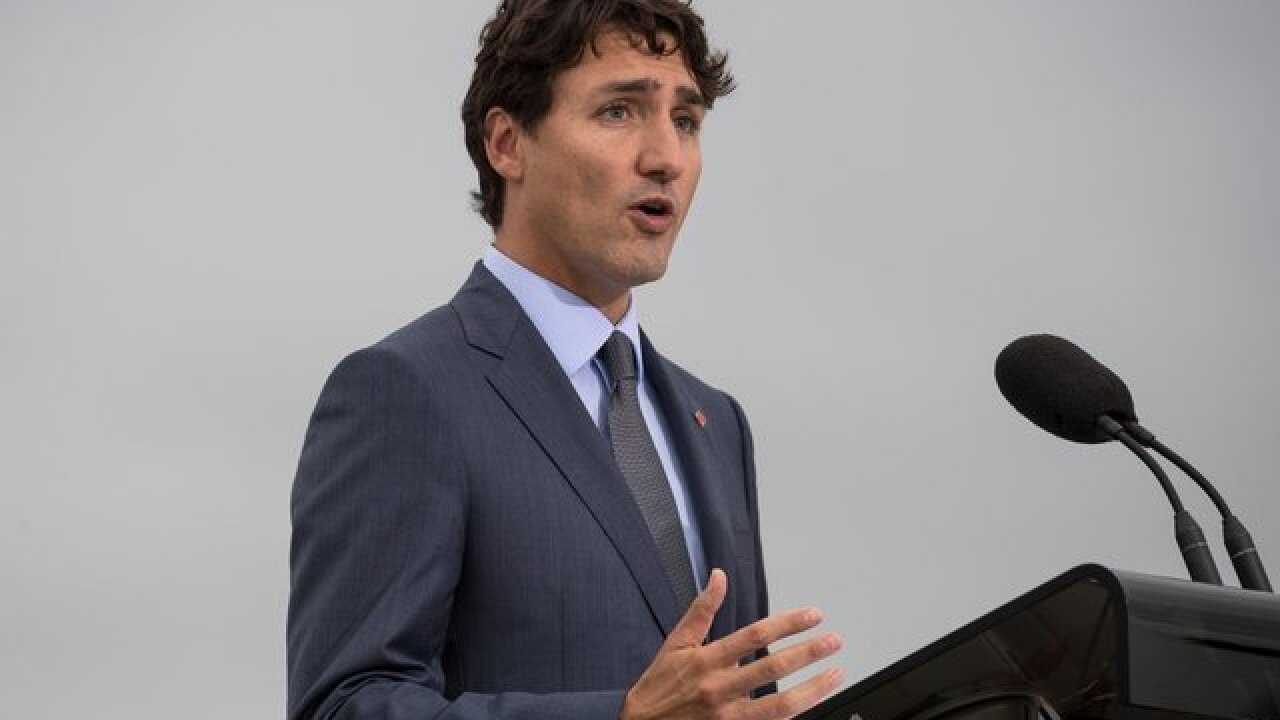 The fate of NAFTA became uncertain Friday when the United States and Canada failed to come to an agreement on rewriting the three-nation trade pact.

"We are done negotiating today. We will probably resume mid-week," a Canadian official close to the trade negotiations told CNN.

The US Trade Representative's office also said talks with Canada would continue next week, and that President Donald Trump has formally notified Congress of the trade deal he struck with Mexico earlier this week.

"Today the President notified the Congress of his intent to sign a trade agreement with Mexico -- and Canada, if it is willing -- 90 days from now. The agreement is the most advanced and high-standard trade agreement in the world," the statement said.

Talks came to a head on Friday as officials rushed to beat a US-imposed deadline that would allow them to sign the deal before Mexico's president-elect, Andres Manuel Lopez Obrador, takes office on December 1.

The United States and Mexico announced a preliminary bilateral deal on Monday after resolving an issue over auto manufacturing. Canadian officials rejoined the talks on Wednesday.

"We will only agree to a deal that is a good deal for Canada," said Canadian Minister of Foreign Affairs Chrystia Freeland early on Friday afternoon.

At issue is Canadian concessions on agriculture.

Trump has said he wants Canada to end its steep tariffs on US dairy products, claiming they hurt US farmers. Canadian Prime Minister Justin Trudeau has pledged to protect his country's dairy industry.

During Friday's negotiations, Canadian officials reportedly brought up remarks made by President Trump on Thursday during an off-the-record conversation with Bloomberg News . The Toronto Star reported that Trump said he he would not make any compromises at all in the talks with Canada.

During an event in North Carolina on Friday, Trump said he would move ahead with a bilateral agreement with Mexico.

"If we don't make a deal with Canada, that's just fine. I say, affectionately, we'll just have to tariff those cars coming in."

"That's a lot of money coming into the coffers of the United States," he added.

Officials from Canada and Mexico have repeatedly made it clear that they want a trilateral deal.

The White House must give Congress an official 90-day notice before entering into a new trade deal. If the administration notifies Congress Friday, President Trump will be allowed to sign the deal by November 30.

Even then, Congress could still block the deal. It's unlikely any rewrite of NAFTA would come up for a vote until 2019. (Procedure rules allow the president to sign the trade deal first, before Congress votes on it.)

It's possible that President Trump could notify Congress of a bilateral deal on Friday — starting the 90-day clock — that would allow Canada to sign on at a later date.

The president could submit the text of the agreement to Congress as late as September 30, and still sign the deal before December 1.

"Those 30 days is where they could have some wiggle room to revise the text and bring in Canada," said Rob Scott, the director of trade and manufacturing policy research at the Economic Policy Institute.

The governments of Canada and Mexico must also ratify the agreement. If they don't, there's no deal.