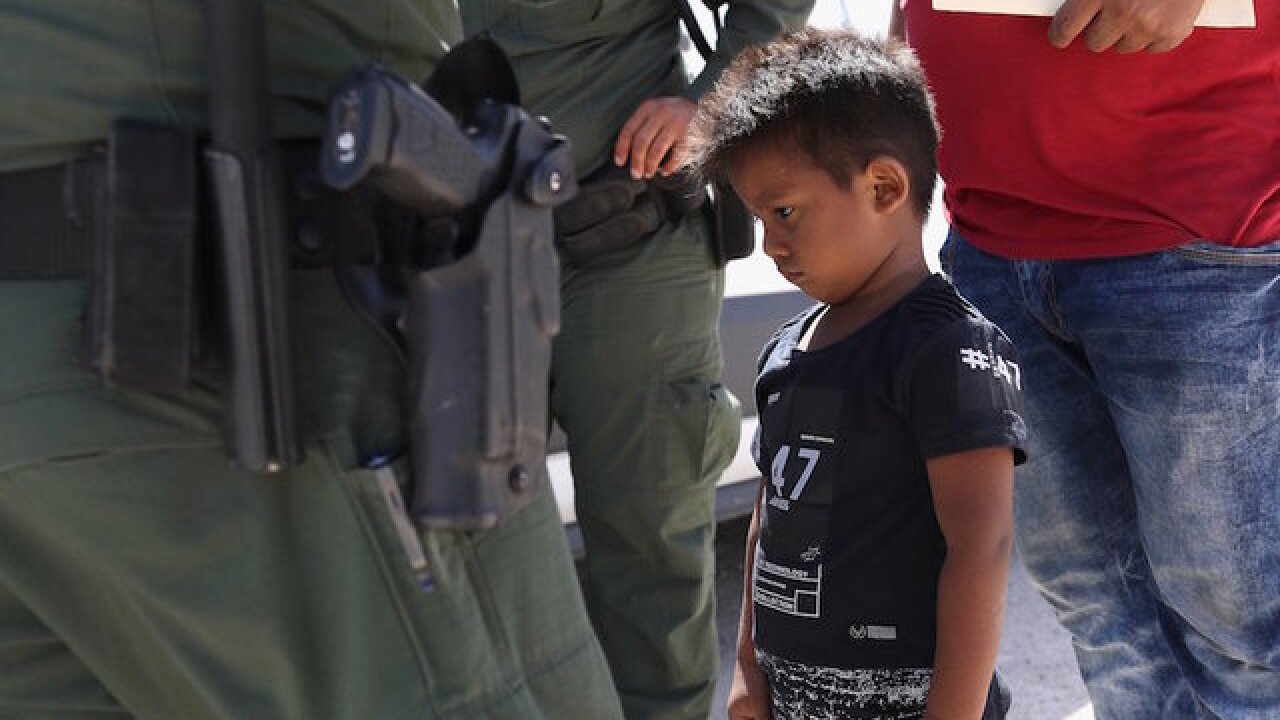 © 2018 Cable News Network, Inc.
John Moore/Getty Images
<p>A Honduran boy and father seeking asylum in the US were taken into custody by US Border Patrol in June.</p>

With all the legal and political wranglings, the latest developments can be difficult to follow. Here's a quick look at what's new and what's next:

-- The US government hasn't been able to find the parents of 71 children who were likely separated from their families, a Health and Human Services official said Monday.

"There are some children who we believe are separated for whom we have not yet identified the parent," said Jonathan White, HHS assistant secretary for preparedness and response.

He told a federal judge on Monday that of the 2,551 kids in federal custody believed to be separated, officials have confirmed matches with 2,480 parents.

-- White said 1,609 such parents are in government custody. That means potentially hundreds of parents have either been deported or released already or may be in federal or state criminal custody.

-- US District Judge Dana Sabraw has ordered the government to temporarily halt the deportations of reunited families in light of a newly filed emergency motion.

Earlier Monday, the American Civil Liberties Union filed an emergency motion requesting Sabrew temporarily halt the deportation of parents until one week after they have been reunited with their children.

Why? Lawyers cite "the persistent and increasing rumors ... that mass deportations may be carried out imminently and immediately upon reunification." Any deportation should allow parents time to confer with their children and make an informed decision, lawyers say.

The judge is giving the Justice Department a week to respond to the ACLU's filing.

-- Many separated families are seeking asylum, but the odds of gaining US asylum just got lot tougher, and more deportations could ensue. Under a new Trump administration policy, asylum seekers claiming a fear of domestic violence or nongovernmental gang violence in their home countries will likely be immediately rejected.

-- After the Trump administration missed its court-ordered deadline for reuniting some children under 5, the Department of Justice said the government will probably handle future reunifications differently. For example, there will be a limited number of Immigration and Customs Enforcement facilities where reunifications will occur, which officials hope will prevent a repeat of the confusion of last week.

What should we expect next?

By this Thursday, Sabraw said, the government should be done figuring out which adults in ICE detention are verified parents of separated children.

Thursday is also the deadline for the government to provide a list of parents in ICE detention who are not eligible for reunification -- for example, those with criminal records or those who are not certain to be a child's parent.

Sabraw said the next status update will be due Thursday.

After that, July 26 is the court-ordered deadline for the government to reunite separated children ages 5 to 17 with their families. That means reuniting as many as 2,551 kids in less than two weeks.