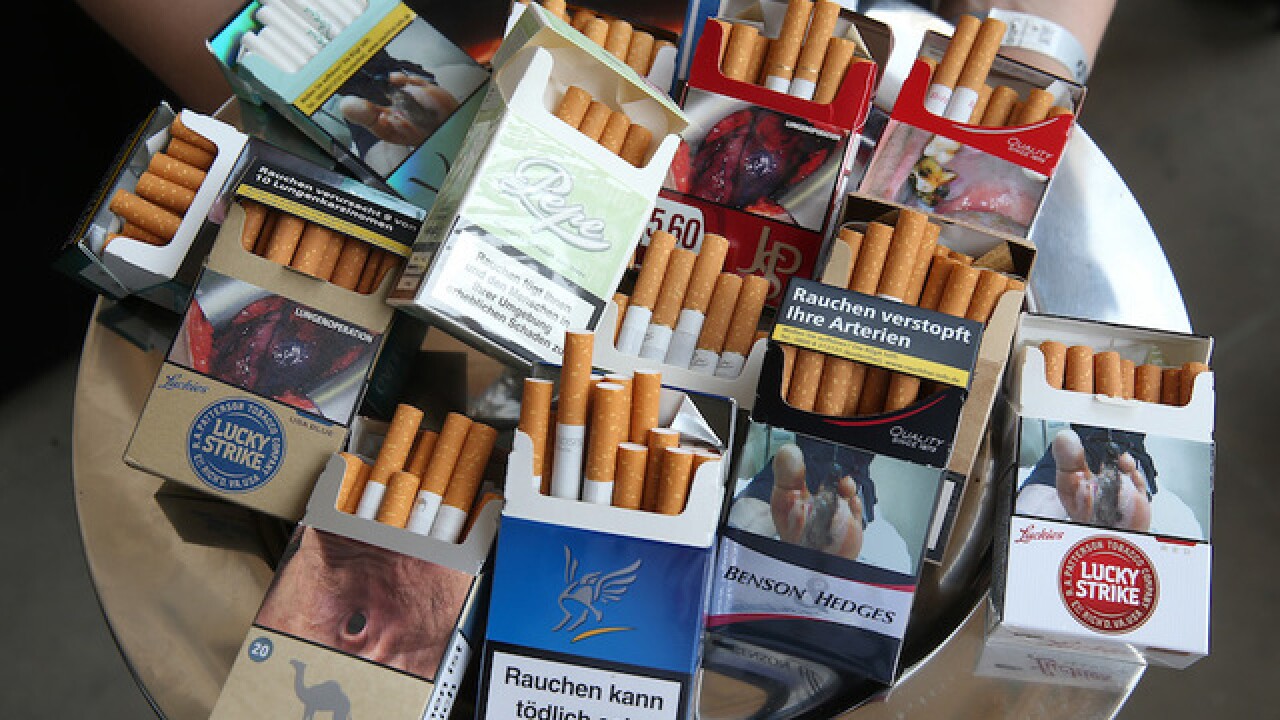 Copyright Getty Images
Sean Gallup
<p>BERLIN, GERMANY - JUNE 20: A hostess from the German Cigarette Association (Deutscher Zigarettenverband, or DZV) presents a plate of packages of cigarettes at the annual congress of the Federation of German Industry (BDI) on June 20, 2017 in Berlin, Germany. The DZV is a lobbyist organization that represents the interests of cigarette manufacturers. (Photo by Sean Gallup/Getty Images)</p>

Cigarette use among American adults is at the lowest it's been since the Centers for Disease Control and Prevention started collecting data on the issue in 1965, according to a report released Thursday.

"The good news is that cigarette smoking has reached unprecedented lows, which is a tremendous public health win, down to 14 percent from over 40 percent in the mid-1960s," said Brian King, senior author of the report and deputy director for research translation at the CDC's Office on Smoking and Health. About 47.4 million Americans, or 19.3%, used any tobacco product in 2017, the report says.

He believes that the decline is due to proven interventions, such as smoke-free policies and rises in the price of tobacco products.

As stated in the report, the data is from the National Health Interview Survey, "an annual, nationally representative, in-person survey of the noninstitutionalized U.S. civilian population." The 2017 sample included 26,742 adults and had a response rate of 53%.

Researchers assessed the use of five types of tobacco products: cigarettes, cigars, pipes (including water pipes and hookahs), e-cigarettes and smokeless tobacco (such as snuff or dip).

So, who is still using these products, and what are they using?

Although cigarettes are the leading cause of tobacco-related deaths and diseases in the country, according to King, he also believes other tobacco products, such as e-cigarettes, need to be considered to continue declining rates of overall tobacco product use.

"It's critical that we not only modernize our strategies in terms of population but also modernize our interventions to be sure that we are capturing the full diversity of tobacco products that the American public are using," King said.