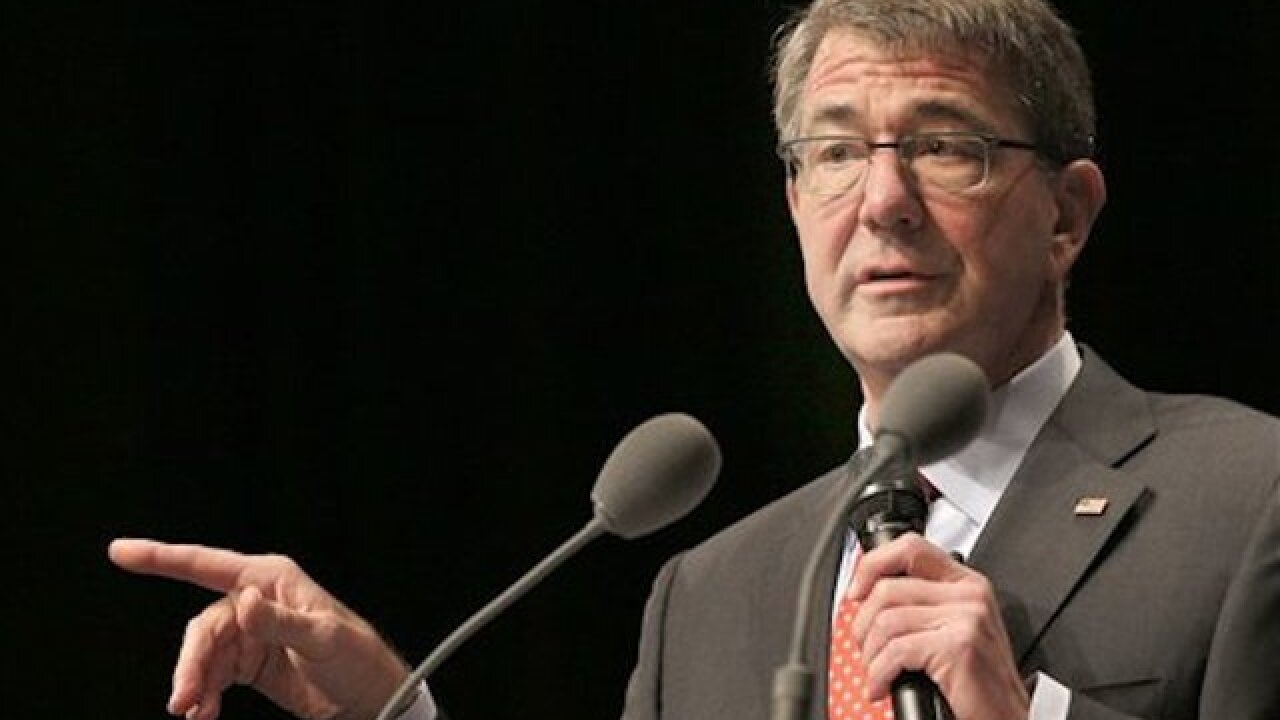 Copyright Associated Press
Christophe Ena
<p>U.S Defense Secretary Ashton Carter delivers a speech during a conference in Paris, Thursday, Jan 21, 2016. Carter said Wednesday that defense ministers from France and five other nations have agreed to intensify the campaign against Islamic State group in Iraq and Syria, and that the coalition will work together to fill the military requirements as the fight unfolds over the coming months. (AP Photo/Christophe Ena)</p>

PARIS (AP) — U.S. and coalition forces are battling Islamic State militants in the skies and on the ground across Iraq and Syria, but the allies are increasingly also targeting the airwaves, where they now are losing the propaganda war.

In Paris this week, Defense Secretary Ash Carter made clear the coalition must get better at projecting its own messages and touting its successes. He has spent much of his time giving speeches lately at doing just that — painting an increasingly rosy picture of victories in Iraq and Syria and describing a constrained Islamic State that is losing momentum.

The multipronged effort includes not only talking up military victories in Iraq and Syria, but also countering jihadi messaging that can recruit or inspire followers around the world to join the group or launch their own solo attacks in western nations.

So far, efforts by the U.S. and others to combat that propaganda campaign have been slow to form, with officials acknowledging that they are losing the communications war.

Speaking Thursday at École Militaire, a military war college in Paris, Carter said IS uses the Internet "to give encouragement or even instruction to people who have already been radicalized, or radicalizing some of these poor lost souls who sit in front of a screen and fantasize about a life as a jihadi."

And a senior defense official said that Islamic State "fanboys" are able to amplify the militant group's message, spreading it faster and more broadly than their number might suggest.

In recent weeks, Carter and his military leaders have been more outspoken and upbeat in their assessment of the battles against the Islamic State, particularly in Iraq. Last month, Iraqi forces buttressed by coalition airstrikes and bridging equipment were able to take back the city of Ramadi. And officials are now talking about a new campaign plan that maps out the fight in coming months to take back key IS power centers in Mosul in Iraq and Raqqa in Syria. Raqqa is the Islamic State's de facto capital.

"We're having some success, we're going to have more in the future, I would like to have even more, but democracies are slow, and they only tell the truth," said Carter. "And in a message-driven Internet world, that puts you at a structural disadvantage compared to people who are nimble, agile, and lie. But we ought to try to do better."

The senior defense official also said the U.S. is considering what it might contribute for a new strategic communications center the British are setting up to convey its anti-IS message.

One option could be to assign someone from the Defense Department to be at the center, but the official said it was not clear if that would be a civilian or a military service member. The defense official said the five other mainly European coalition countries that Carter met with this week also support the effort.

The official was not authorized to talk about the discussions publicly and spoke on condition of anonymity.

Responding to a question at the war college, Carter said that it will also be important to have other moderate religious leaders speaking out against the IS message. It takes mainstream religion, he said, to counter the arguments of religious extremists.

He said officials need to do more to encourage Internet providers to try to limit extremists' use of the Internet as a recruitment tool, without unduly impeding online freedom.

"We have to eliminate their ability to exploit the Internet," said Carter, "which is supposed to be a tool of civilization, of human communication, human understanding, human commerce, and not be used as an instrument for evil."

"We must also uproot Daesh in the minds," Le Drian said, using another name for IS. "We must refuse the discourse of a war of religion. This war takes place in Syria, Iraq, Libya. ... But it also takes place in our households, where minds that are the most easily influenced are seduced and enrolled by the propaganda of Daesh."

France is the European country with the greatest number of youths who have either gone to Syria, are planning to go or have returned. Some who took part in the Nov. 13 Paris attacks that killed 130 had traveled to Syria. That includes one considered a ringleader.