US denies 1 of its drones crashed in Somalia 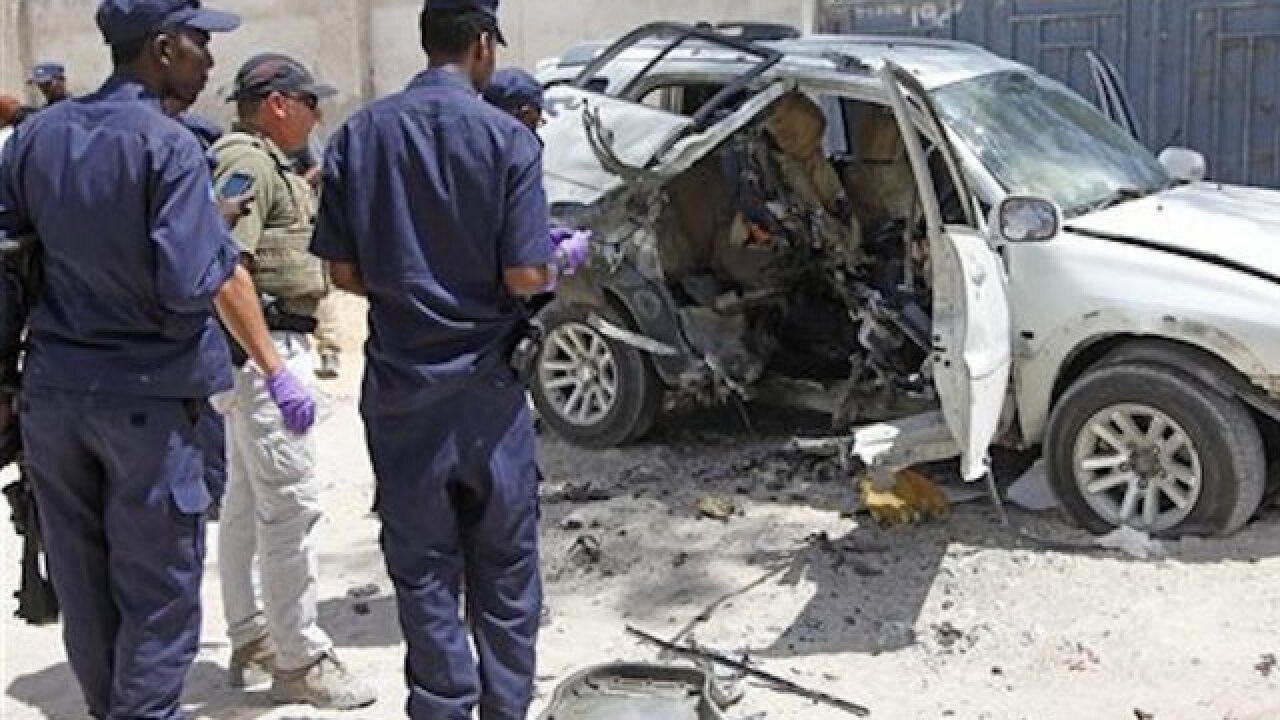 MOGADISHU, Somalia (AP) — The U.S. military denies reports from residents and rebels in southwestern Somalia that a suspected U.S. drone with six missiles crashed Monday in a rebel-held village in the Gedo region.

Spokesman for the U.S. Africa Command, Chuck Prichard, said all their "assets in this area are accounted for and we have no indication that any were involved in this reported incident."

Al-Shabab, Somalia's Islamic extremists, claimed on their radio station that their fighters have seized the crashed drone with the missiles. This has not been independently verified.

U.S. drones have killed several al-Shabab leaders in airstrikes in Somalia over the past year.

In a separate development U, a Somali police officer says a bomb killed a former Somali defense minister in Mogadishu Monday.

Capt. Mohamed Hussein says that a bomb hidden in a vehicle carrying Muhyadin Mohamed Haji was detonated in the heart of the capital, killing him and wounding another person. Haji was the defense minister in Somalia's transitional government in 2008.

There was no immediate claim of responsibility for the blast, however al-Shabab often carries out such attacks.