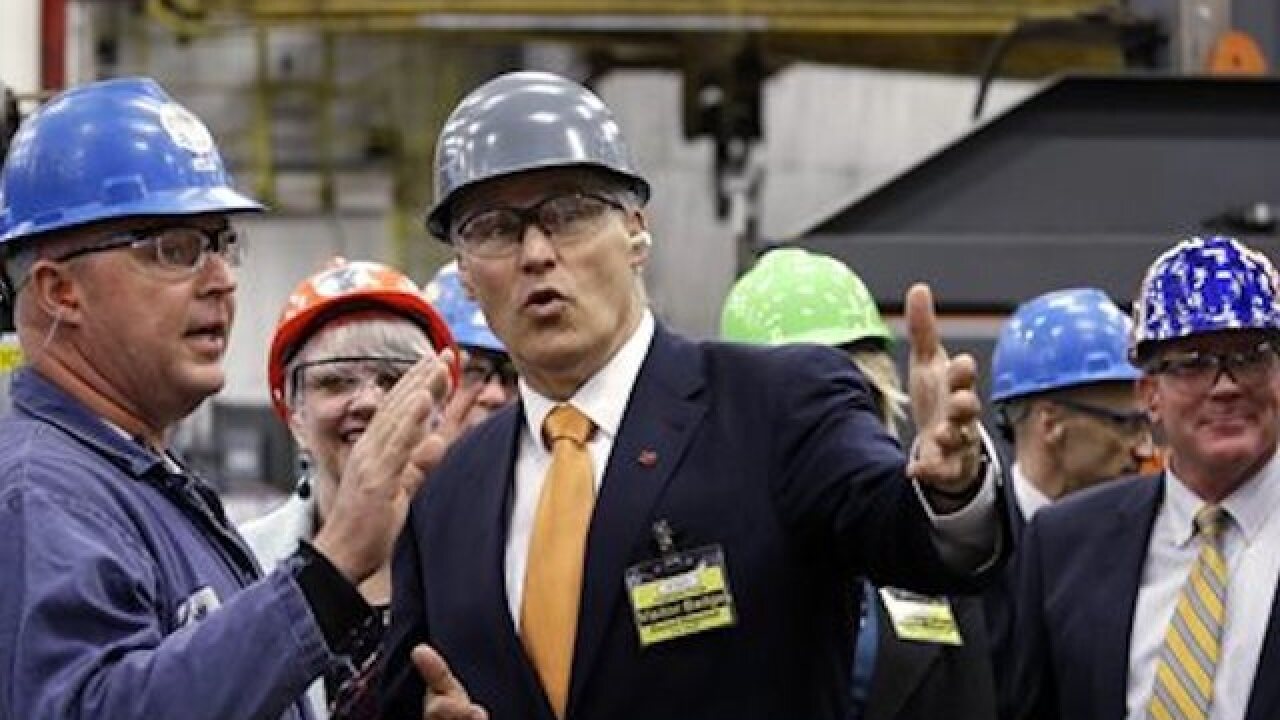 WASHINGTON (AP) — The U.S. economy's slowdown in the final three months of 2015 wasn't quite as bad as initially thought.

The gross domestic product, the broadest measure of economic health, grew at an annual rate of 1 percent in the fourth quarter, the Commerce Department reported Friday. That's an improvement from the first estimate of 0.7 percent, though just half the 2 percent growth posted in the third quarter.

The revision was made because the downturn in business stockpiling was less severe than the government's first estimate. That helped offset slightly weaker consumer spending.

The latest figure, however, does little to change the fact that growth in the final months of 2015 was modest. Since then, global weakness and financial market turbulence have triggered worries about the potential fallout on the U.S. economy.

Still, economists are confident that GDP is poised to accelerate this quarter. Steady job gains and faster wage growth are boosting consumer spending, which accounts for more than two-thirds of the economy.

"First-quarter GDP growth is on track to rebound to a very healthy 2.5 percent (rate) which should dampen any concerns about an imminent recession," said Paul Ashworth, chief U.S. economist at Capital Economics.

The fourth-quarter figure marks the slowest growth in six months, since the economy skidded to a weak 0.6 percent showing in the first quarter last year. That was followed by a solid rebound to 3.9 percent in the second quarter and then the 2 percent gain in the summer.

In addition, the trade deficit subtracted 0.3 percentage point from growth, rather than the 0.5 percentage point drag in the first report. Exports still suffered, reflecting the struggle American manufacturers are having from a stronger dollar. But the country imported less than first thought.

All the changes in the fourth quarter left GDP growth for the year unchanged at 2.4 percent, the same as 2014.

While some economists have boosted the odds of a recession because of the declines in stock prices this year, Gus Faucher, senior economist at PNC Financial Corp., said he believe the economy will keep growing. He forecasts GDP will expand 2.3 percent this year, little changed from the past two years.

"The decline in stock prices is something to watch out for, but consumer spending is being helped by rising home prices that are boosting household wealth, continued solid job growth and increased wage growth," Faucher said.

In addition, economists view the big decline in energy prices as the equivalent of a tax cut, giving consumers more money to spend on other items.