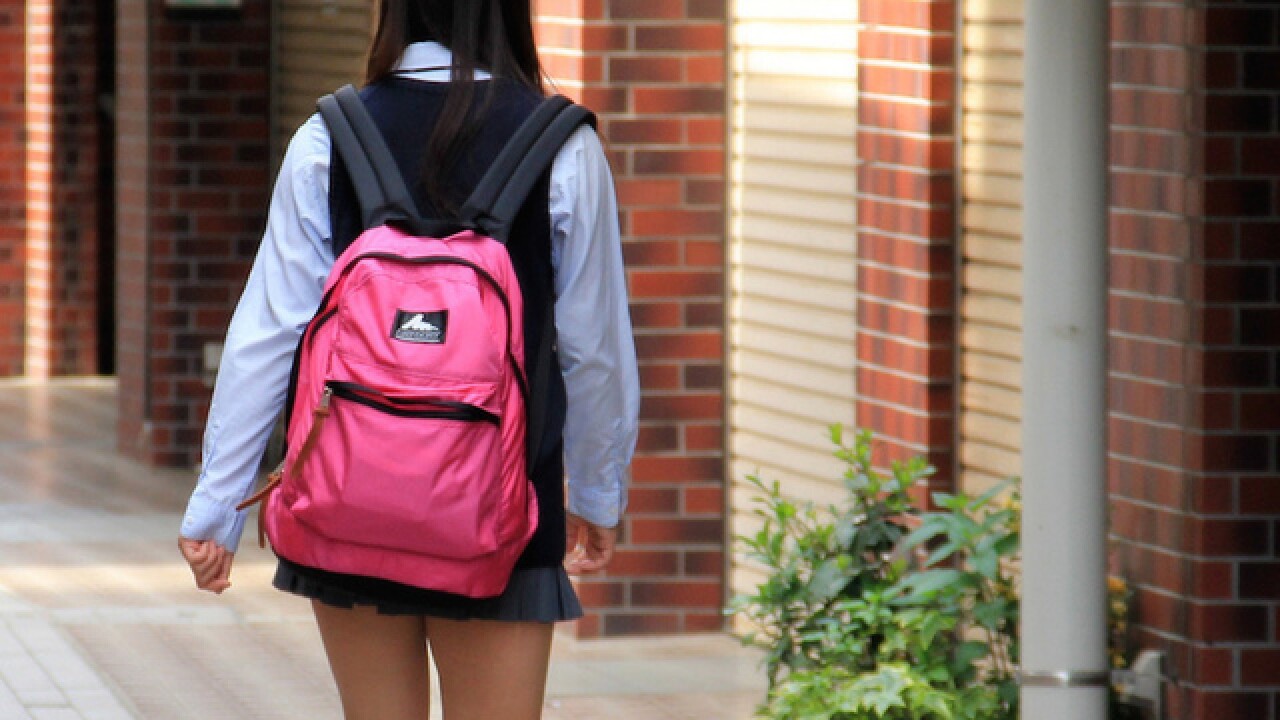 WASHINGTON (AP) — The U.S. high school graduation rate inched up to 82 percent and the achievement gap narrowed, according to new federal data that raise concern among education officials and others that too many students still aren't getting a diploma.

The latest figures released Tuesday by the Education Department showed wide disparities in graduation rates according to where students live. Leading the way was Iowa, with a graduation rate of nearly 91 percent. The District of Columbia had the lowest rate, 61 percent.

For the nation, the graduation rate for the 2013-14 school year was up almost a percentage point from 81 percent the previous year, and was the highest rate since the department started using a new, uniform measure in 2010.

Still, nearly 1 in 5 students are leaving high school without a diploma. "We have a good deal more to do to ensure that every child has access to a quality education," Duncan said in a phone call with reporters.

While noting progress among subgroups of students, the latest figures drew concern from groups campaigning for a 90 percent graduation rate by 2020. To reach that goal, the rate needs to increase each year by at least 1.3 percent — a mark the nation has met for the last three years, but missed for the 2013-14 school year.

"We've been talking about the importance of early warning systems to signal those students who need extra support, and we view this as an early warning indicator to the nation that we need a second act," said John Bridgeland, head of Civic Enterprises, a public policy group that is joined in the "90 percent" campaign with the Alliance for Excellent Education, America's Promise Alliance, and the Everyone Graduates Center at Johns Hopkins University's School of Education. "We view this as a real wake up call."

Bridgeland praised the gains made by English language learners, black and Hispanic students, and students with disabilities. But, he said in an interview that those gains are "not rapid enough to close these graduation gaps in a way that will get us to our goal" of a 90 percent national graduation rate.

Vast differences exist across the country at the state level. Nebraska, New Jersey, Wisconsin, Texas, New Hampshire, and Indiana were close behind Iowa, all with solid showings in the high-80s.

At the bottom of the list were Nevada and New Mexico, just ahead of the nation's capital.

The graduation rate is calculated by using a formula in which the number of graduates in a given year is divided by the number of students who enrolled four years earlier. In 2008, the Bush administration ordered all states to begin using this method, moving to a calculation that required them to track each student individually. The new method gives a more accurate count of how many actually finish high school.