US: IS has lost 30 percent of its territory 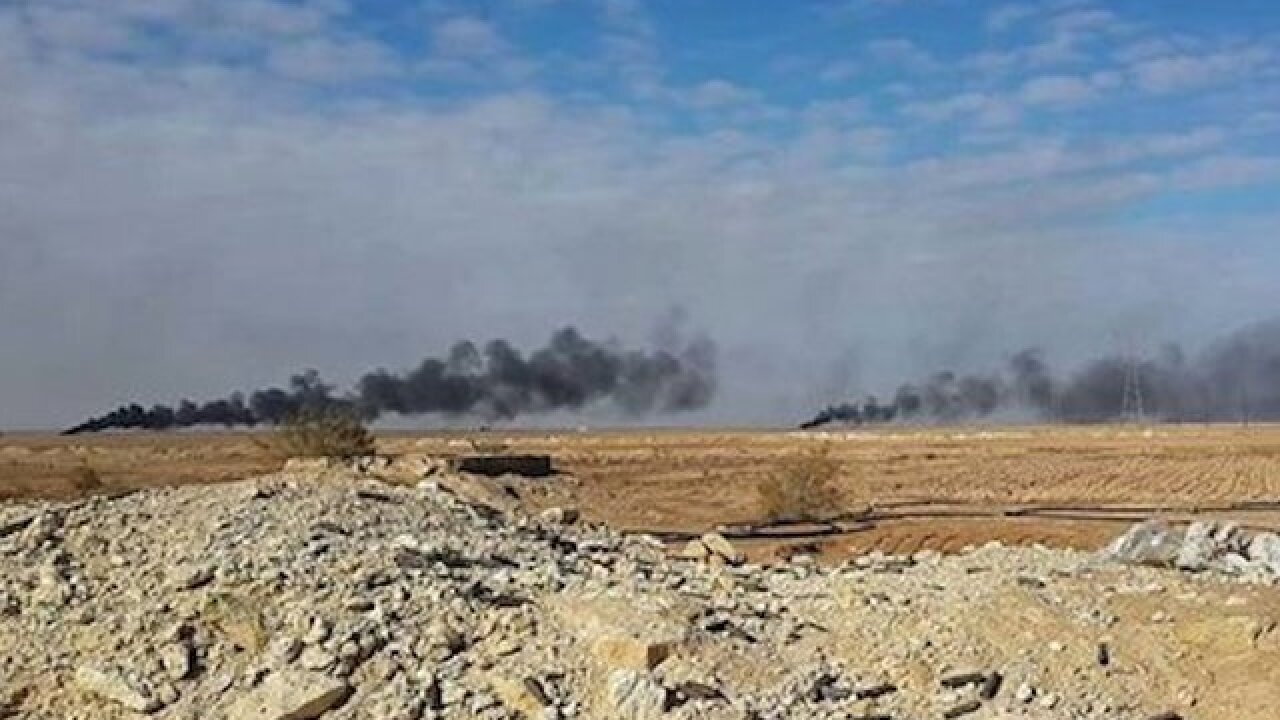 Copyright Associated Press
Uncredited
<p>Smoke rises following a U.S.-led coalition airstrike on Islamic State group positions, outside Haditha, 240 kilometers (150 miles) northwest of Baghdad, Iraq, Tuesday, Jan. 5, 2016. Islamic State had captured Ramadi in May, in one of its biggest advances since the U.S.-led coalition began striking the group in 2014. Recapturing the city, which is the provincial capital of Anbar, provided a major morale boost for Iraqi forces. (AP Photo)</p>

BAGHDAD (AP) — The U.S.-led coalition fighting the Islamic State group said Tuesday that the militants have lost 30 percent of the territory they once held in Iraq and Syria.

Baghdad-based spokesman Col. Steve Warren told reporters the extremists have lost 40 percent of their territory in Iraq and 20 percent in Syria, adding that they are now in a "defensive crouch."

Since the U.S.-led coalition began launching airstrikes in 2014, Kurdish forces have pushed IS out of parts of northern Iraq, including the town of Sinjar, and driven the extremists out of a band of Syrian territory along the Turkish border. Further south, Iraqi forces and Shiite militias recaptured the Iraqi city of Tikrit last year.

But IS has also made fresh advances, capturing the Syrian town of Palmyra -- home to famed Roman-era ruins -- and the western Iraqi city of Ramadi in May of last year.

"All of these things add up and we believe this enemy is weaker," Warren said, adding that IS has not gained any new territory since May. "Militarily they are struggling," he added.

IS has continued to launch attacks at Iraqi military positions in Anbar province. Car bomb attacks on the outskirts of the city of Haditha on Monday killed 11, just a week after IS was pushed out of Ramadi.

IS still holds much of northern and western Iraq, including the country's second-largest city Mosul, and large parts of Syria. It also boasts increasingly potent affiliates in Libya, Egypt, Yemen and Afghanistan.