US officials reach deal with Russia in Syria 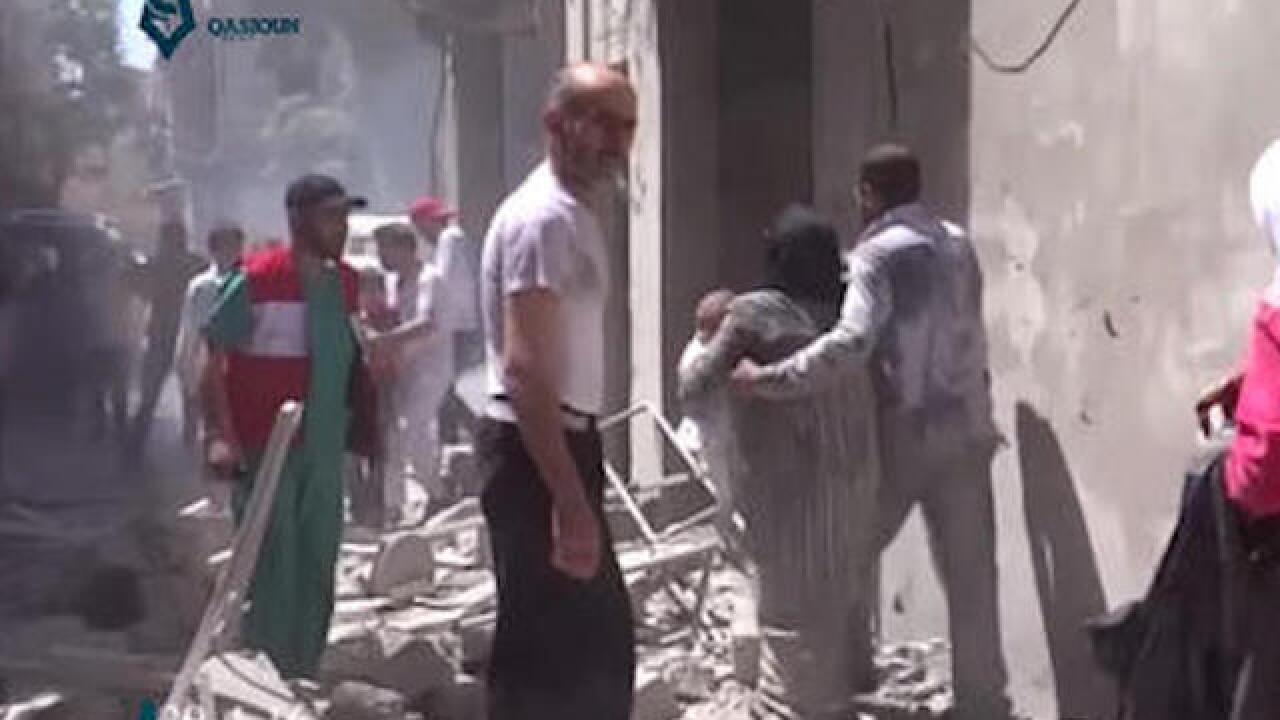 Copyright Associated Press
<p>This image made from video released by Qasion News Agency, a media opposition platform that relies on a network of activists on the ground, on Friday, April 29, 2016 shows people scrambling through rubble following airstrikes in Aleppo, Syria. Insurgents shelled a mosque in a government-held neighborhood of Aleppo, killing at least 15 people as they left Friday prayers, while government airstrikes struck rebel-held parts of Syria's largest city — even as the army unilaterally declared a brief truce in other parts of the country. (Qasion News Agency via AP)</p>

The agreement was reached late Tuesday and took effect at 12:01 a.m. Wednesday Damascus time (7 a.m. EDT), said the officials, who spoke on condition of anonymity because they weren't authorized to publicly discuss the diplomatic developments. A formal announcement was expected later Wednesday.

How important the partial truce proves will depend on its durability. The U.S. and Russia finalized a nationwide cease-fire in late February, but have struggled to make it stick. Secretary of State John Kerry expressed hope on Tuesday for a more sustainable arrangement.

Three people were killed on Wednesday in renewed shelling by Syrian rebels of government-held areas in Aleppo, state media and opposition activists said.

The violence in Syria's largest city and once its key commercial center has continued for almost two weeks despite intense diplomatic efforts to restore the cease-fire. The U.N. Security Council also was due to meet later Wednesday to discuss the escalation.

The U.S. officials said they had seen a decrease in violence since last night's extension of the cessation of hostilities, as diplomats are calling it. But they acknowledged violations persisting in some areas of the country. The deal on Aleppo follows reaffirmations earlier this week of truces in the Damascus suburbs and coastal Latakia province.

None of the deals applies to the Islamic State group or the Nusra Front, al-Qaida's Syria affiliate, which has caused problems in in places such as Aleppo.

In some battles there and elsewhere, Western and Arab-backed militants have fought alongside those swearing allegiance to al-Qaida, making it hard to determine which Syrian government offensives or Russian airstrikes constitute violations.

Nearly 300 people have been killed during this latest spate of violence in Aleppo. Over the past two weeks, hospitals and civilian areas in the divided city have come under attack from government warplanes, as well as rebel shelling.