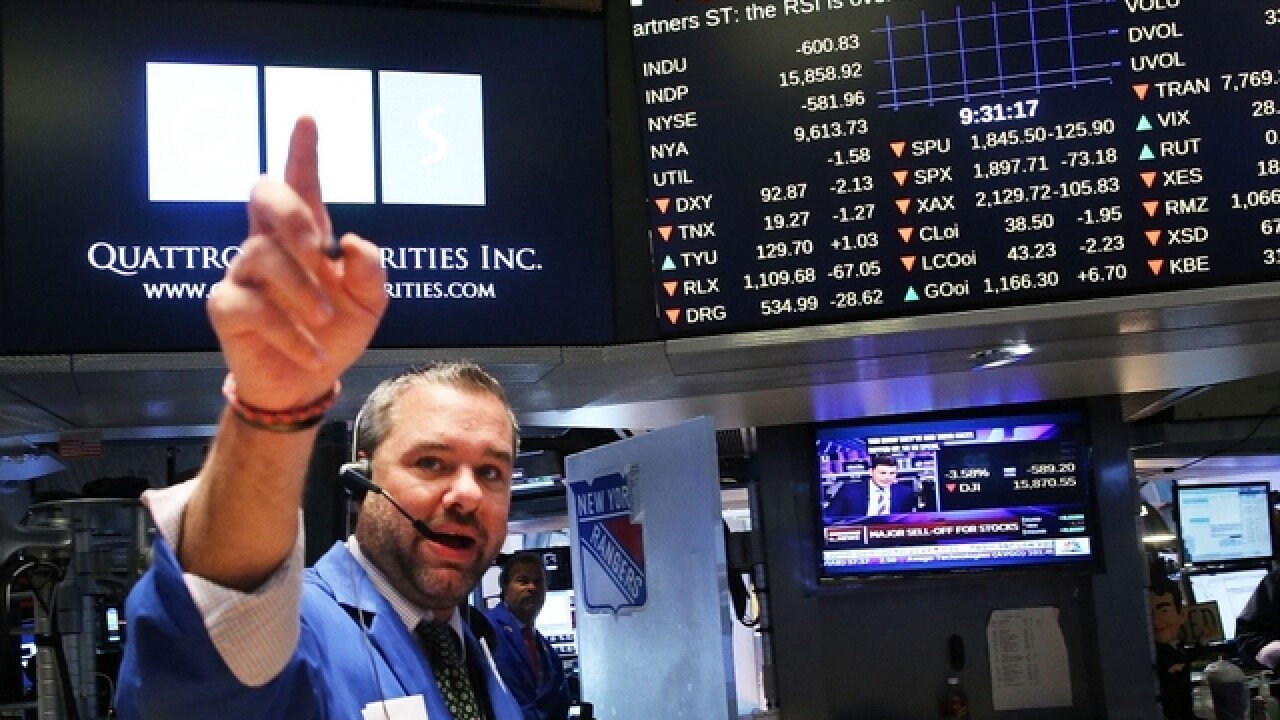 NEW YORK (AP) — Stocks rose Thursday and recovered some of their steep losses from the day before. The price of oil also recovered from a big decline. That lifted energy companies, which have been struggling as energy prices tumble.

European markets also rose on hopes the European Central Bank will do more to aid the region's economy.

In the U.S., energy stocks climbed as oil prices bounced back from their worst day in four months, and strong earnings from Verizon lifted telecom stocks. Blue chip stocks did better than the rest of the market. The Dow Jones industrial average had its second-best day of 2016.

Stocks were on pace for much larger gains earlier in the day. The Dow was up 272 points shortly after noon, which would have canceled out Wednesday's loss.

Consol and Southwestern were the second- and third-worst performing S&P 500 stocks in 2015.

European Central Bank head Mario Draghi said the ECB will consider using more stimulus measures at its next meeting in March as it tries to bolster the European economy. The prospect of more stimulus sent the euro down to $1.0875 from $1.0894 late Wednesday.

The ECB has been buying government-backed bonds as part of its efforts to stimulate the region's economy. Yields on 10-year bonds issued by European countries dropped following Draghi's remarks. That suggests investors expect government bond prices to rise further.

David Lefkowitz, senior equity strategist at UBS Wealth Management, said the ECB is responding to the current turmoil in the markets while the Fed wants to keep raising interest rates and Chinese economic policy seems to be in disarray.

Lefkowitz thinks the market could get another lift next week if the Fed acknowledges the turbulent state of the markets at its January meeting. The Fed raised interest rates for the first time in almost a decade in December, and Lefkowitz said investors are hoping for signs the Fed plans to go slowly.

"At least one of the major central banks is willing to be ... more pragmatic and recognize that when facts change, you may need to revisit your policies," he said.

Union Pacific's fourth-quarter profit and revenue fell far short of Wall Street estimates. CEO Lance Fritz said the uncertainty in energy and commodity markets and the strong U.S. dollar will continue to affect the railroad's business this year. The stock lost $2.61, or 3.5 percent, to $71.