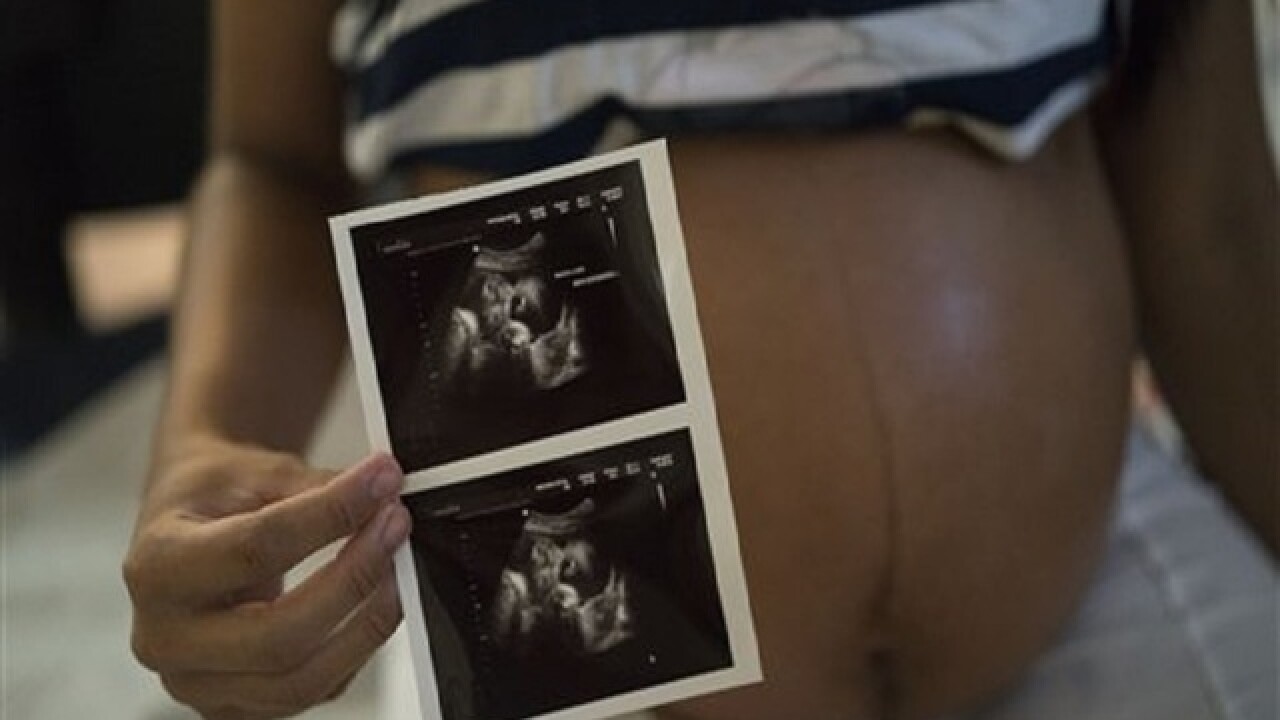 Copyright 2018 Scripps Media, Inc. All rights reserved. This material may not be published, broadcast, rewritten, or redistributed.
Felipe Dana
Isabela Cristina, 18, who is six months pregnant, shows a photo of her ultrasound at the IMIP hospital in Recife, Pernambuco state, Brazil, Wednesday, Feb. 3, 2016. Isabela Cristina was struck with Zika and was worried about the health of her bay, but her baby's ultrasound scan and other exams turned up normal. Brazil is in the midst of a Zika virus outbreak, spread by the Aedes aegypti mosquito, which is well-adapted to humans, thrives in people's homes and can breed in even a bottle cap's-worth of stagnant water. The virus is suspected to be linked with occurrences of microcephaly in new born babies. (AP Photo/Felipe Dana)

The U.S. Olympic Committee will hire two infectious disease specialists to advise potential Olympians who are worried about the Zika outbreak in Brazil.
USOC CEO Scott Blackmun sent a letter Wednesday to all possible Olympians, acknowledging the growing worries over the virus.
"I know that the Zika virus outbreak in Brazil is of concern to many of you," Blackmun wrote. "I want to emphasize that it is to us, as well, and that your well-being in Rio this summer is our highest priority."
The letter goes on to spell out much of the information that's already been relayed by the World Health Organization and the U.S. Centers for Disease Control. The virus is spread by mosquitoes. About 20 percent of those infected display mild symptoms, including body aches and rash. But pregnant women and those considering getting pregnant have greater reason for concern because the virus can cause microcephaly, a birth defect marked by an abnormally small head.
In an interview with Sports Illustrated earlier this week, U.S. soccer goalkeeper Hope Solo said if the Olympics were being held now, she wouldn't go.
Blackmun told The Associated Press that Solo's comments "made us realize we need to provide concise and accurate info for our athletes."
She reiterated those comments following the U.S. team's 5-0 victory over Costa Rica on Wednesday night to open the CONCACAF Olympic qualifying tournament.
"All I can do is speak for myself. If the Olympics were today, I would not go," she said. "Fortunately, the Olympics are six months away. So, I believe we have some time to get our doubts and questions answered."
At least one of the two infectious disease specialists will be a woman, Blackmun said.
In addition to those two hires, the USOC will post updates to its website at USOC.org/RioTravelUpdates.
The USOC's decision to hire the specialists was first reported by USA Today.
The letter, addressed to prospective members of the 2016 U.S. Olympic and Paralympic delegation, says "no matter how much we prepare ... there will always be risk associated with international competition. Each country, each venue and each discipline will present different risks and require different mitigation strategies."
Blackmun said the USOC is monitoring the frequent updates regarding Zika. The letter makes note that "rapid testing to determine if an individual is infected is expected in the near future."
"First and foremost, we want to make sure our athletes have accurate information because they're concerned," Blackmun said. "Based on what we know now, the primary threat is to unborn children."
Associated Press 2016