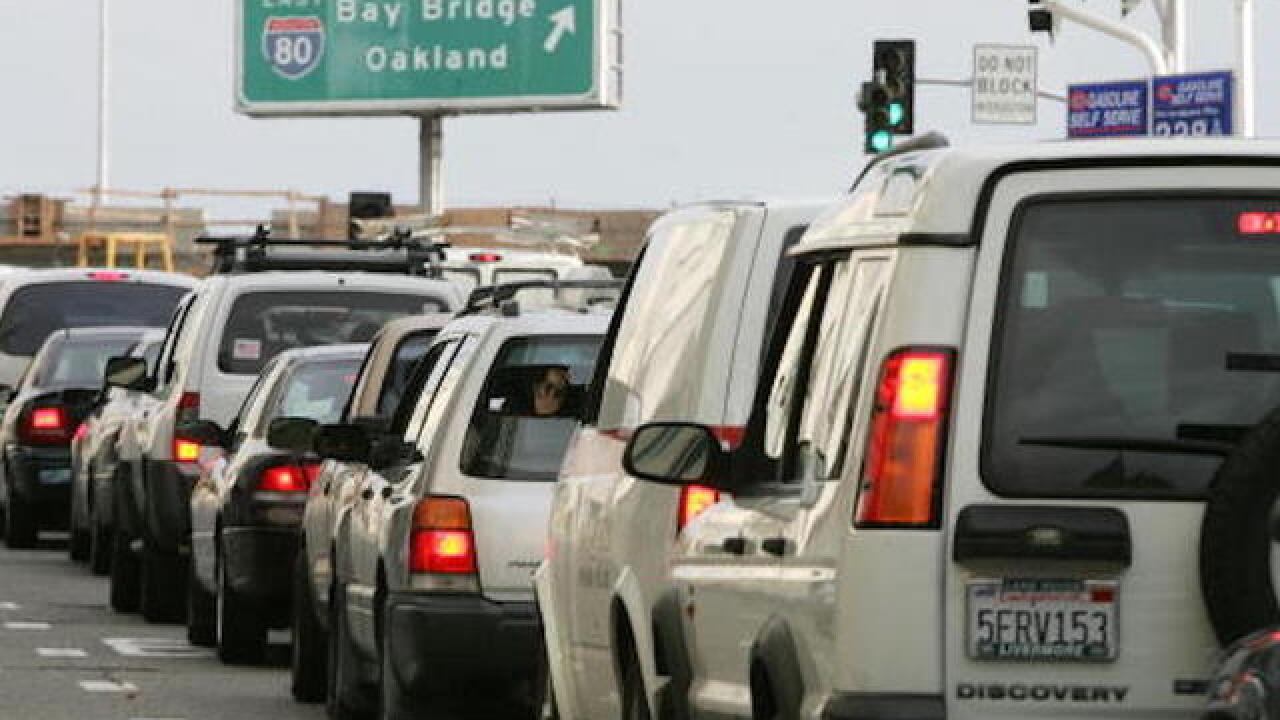 Copyright Getty Images
Justin Sullivan
<p>SAN FRANCISCO - FEBRUARY 17: Cars sit in traffic February 17, 2005 in San Francisco, California. The San Francisco Board of Supervisors are considering a proposal that could force people to pay a two dollar toll to drive into the heart of San Francisco. The proposal is based off a similar system set up in London where drivers must pay an eight dollar toll. (Photo by Justin Sullivan/Getty Images)</p>

SALT LAKE CITY (AP) — A woman heading to her mother's funeral has died in a car crash in southern Utah.

KUTV of Salt Lake City reports that 48-year-old Danielle Vale, of Mesquite, was ejected from the front passenger seat. She was pronounced dead at the scene.

The Utah Highway Patrol says a 28-year-old woman also in the car is listed in serious condition. The 48-year-old driver was also hospitalized, but his immediate condition was unknown.

Authorities say Vale, who was going to Salt Lake City for the funeral, was also carrying her mother's ashes. Troopers are trying to recover the ashes at the crash site.

According to the highway patrol, neither woman was wearing a seat belt.

The cause of the crash is under investigation.