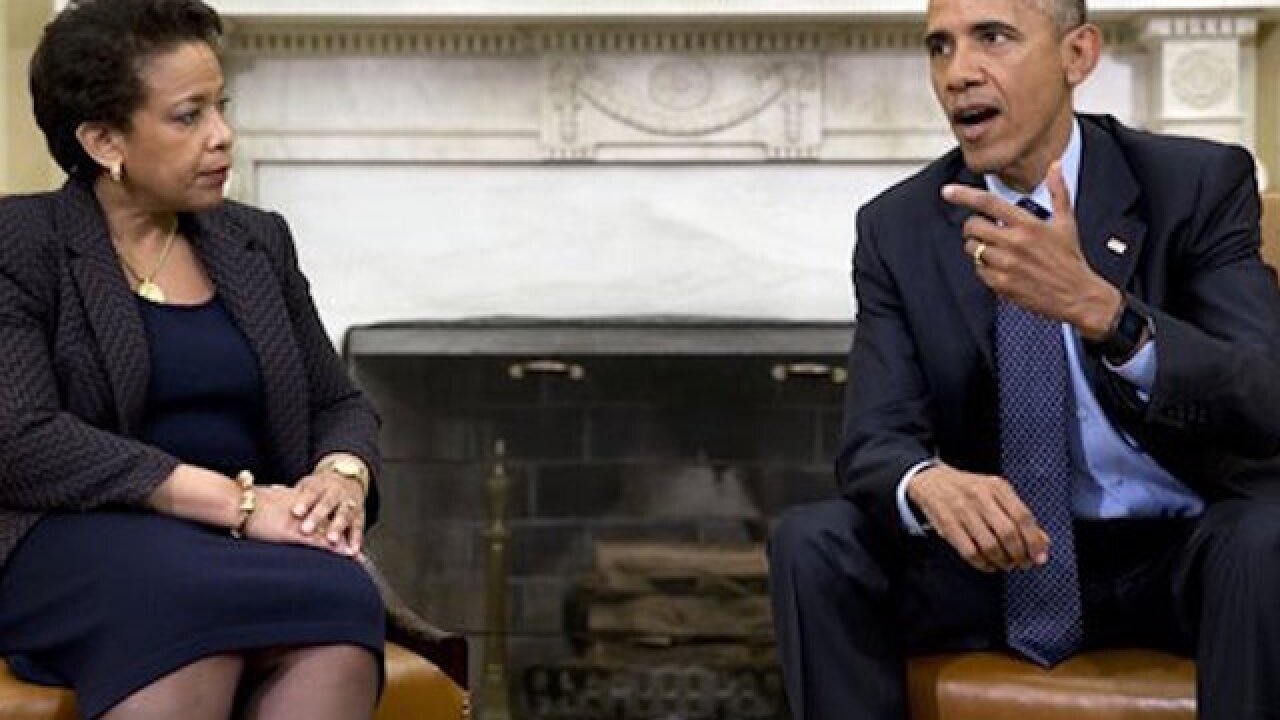 WASHINGTON (AP) — Hawaiian vacation over, President Barack Obama says he is energized for his final year in office and ready to tackle unfinished business, turning immediate attention to the issue of gun violence.

Obama scheduled a meeting Monday with Attorney General Loretta Lynch to discuss a three-month review of what steps he could take to help reduce gun violence. The president is expected to use executive action to strengthen background checks required for gun purchases.

Republicans strongly oppose any moves Obama may make, and legal fights seem likely over what critics would view as infringing on their Second Amendment rights. But Obama is committed to an aggressive agenda in 2016 even as public attention shifts to the presidential election.

Obama spent much of his winter vacation out of the public eye, playing golf with friends and dining out on the Hawaiian island of Oahu with his family. He returned to the White House about noon Sunday.

"I am fired up for the year that stretches out before us. That's because of what we've accomplished together over the past seven," Obama said his weekly radio and Internet address.

While in Hawaii, he also worked on his final State of the Union address, scheduled for Jan. 12. The prime-time speech will give the president another chance to try to reassure the public about his national security stewardship after the attacks in Paris and San Bernardino, California.

Congressional Republicans have outlined a competing agenda for January, saying they will spend the first days of 2016 taking another crack at eliminating keys parts of the president's health insurance law and ending federal funding for Planned Parenthood. The legislation is unlikely to become law, but it is popular with the GOP base in an election year.

The debate about what Obama may do on gun violence already has spilled over into the presidential campaign.

The Vermont senator told ABC's "This Week" that he believes "there is a wide consensus" that "we should expand and strengthen the instant background check." He added: "I think that's what the president is trying to do and I think that will be the right thing to do."

"This president wants to act as if he is a king, as if he is a dictator," unable to persuade Congress and forcing an "illegal executive action" on the country, New Jersey Gov. Chris Christie told "Fox News Sunday."

In the radio address, Obama said tens of thousands of people have died from gun violence since background check legislation stalled three years ago.

"Each time, we're told that commonsense reforms like background checks might not have stopped the last massacre, or the one before that, so we shouldn't do anything," Obama said. "We know that we can't stop every act of violence. But what if we tried to stop even one?"

Federally licensed gun sellers are required by law to seek criminal background checks before completing a sale. But gun control advocacy groups say some of the people who sell firearms at gun shows are not federally licensed, increasing the chance of sales to customers prohibited by law from purchasing guns.

Obama plans to participate in a town hall Thursday night at George Mason University in Virginia on reducing gun violence. The president will take questions from the audience at the event moderated by CNN's Anderson Cooper.

Despite his deep differences with Republicans, Obama has cited two agenda items for 2016 that have bipartisan support: a free trade agreement with 11 other nations called the Trans-Pacific Partnership and changes in the criminal justice system that would reduce incarceration rates for nonviolent offenders. He often points out that the U.S. accounts for 5 percent of the world's population and 25 percent of its inmates.