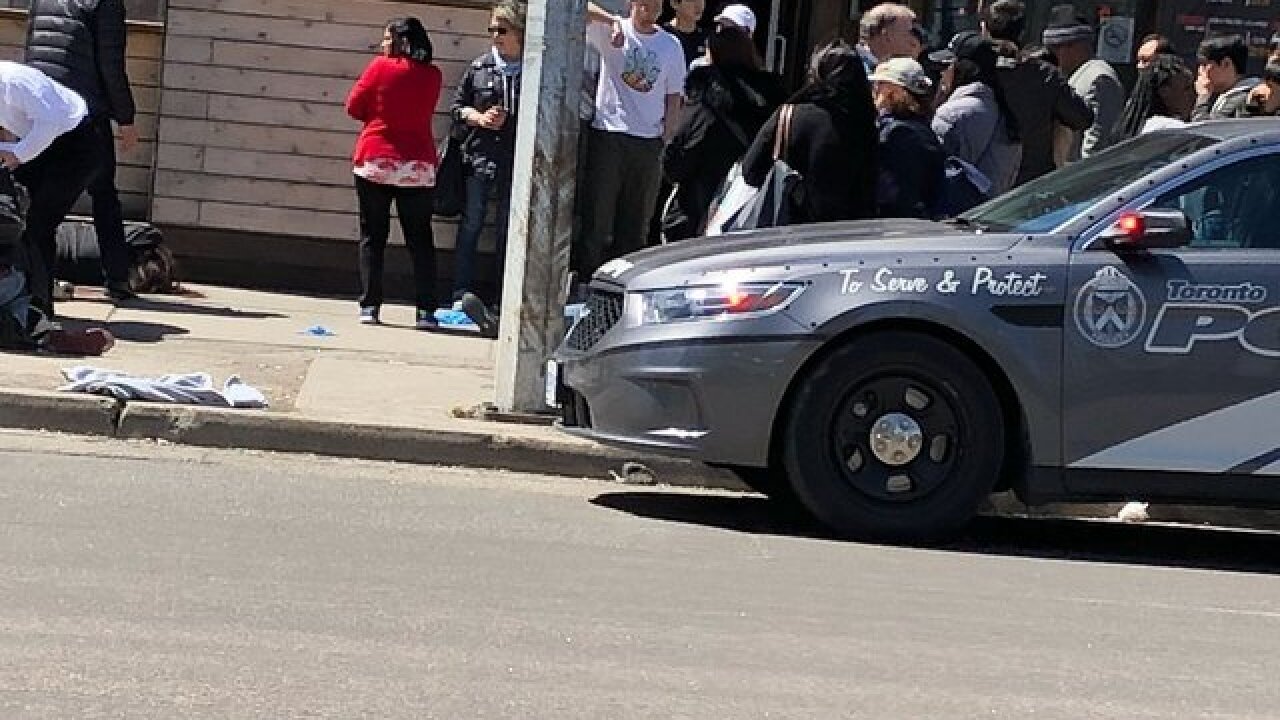 A white van drove onto a busy Toronto sidewalk, and struck dozens of pedestrians, killing 10 and wounding 15, Toronto Police officials said on Monday.

Later in the day, police said that Alek Minassian allegedly targeted the crowd of pedestrians.

Police were called to the area of Yonge Street at Finch Avenue around 1:30 p.m. local time after the van fled from the scene. Police have since shutdown the area, and blocked off several streets. Authorities later caught up to the van and its driver.

Canadian news agency the CBC reported that the van's driver is in custody.

Video from the incident showed several ambulances taking away victims on stretchers from the scene of the incident.

Stephen Powell, district chief for Toronto Fire, said that targeted pedestrians for up to one mile.

The CBC has reported that part of Toronto's subway service has been shutdown.

The area is in the North York neighborhood of Toronto, which is several miles north of Downtown. The area is densely populated with apartments and businesses.