Vatican: Pope will not act in upcoming film 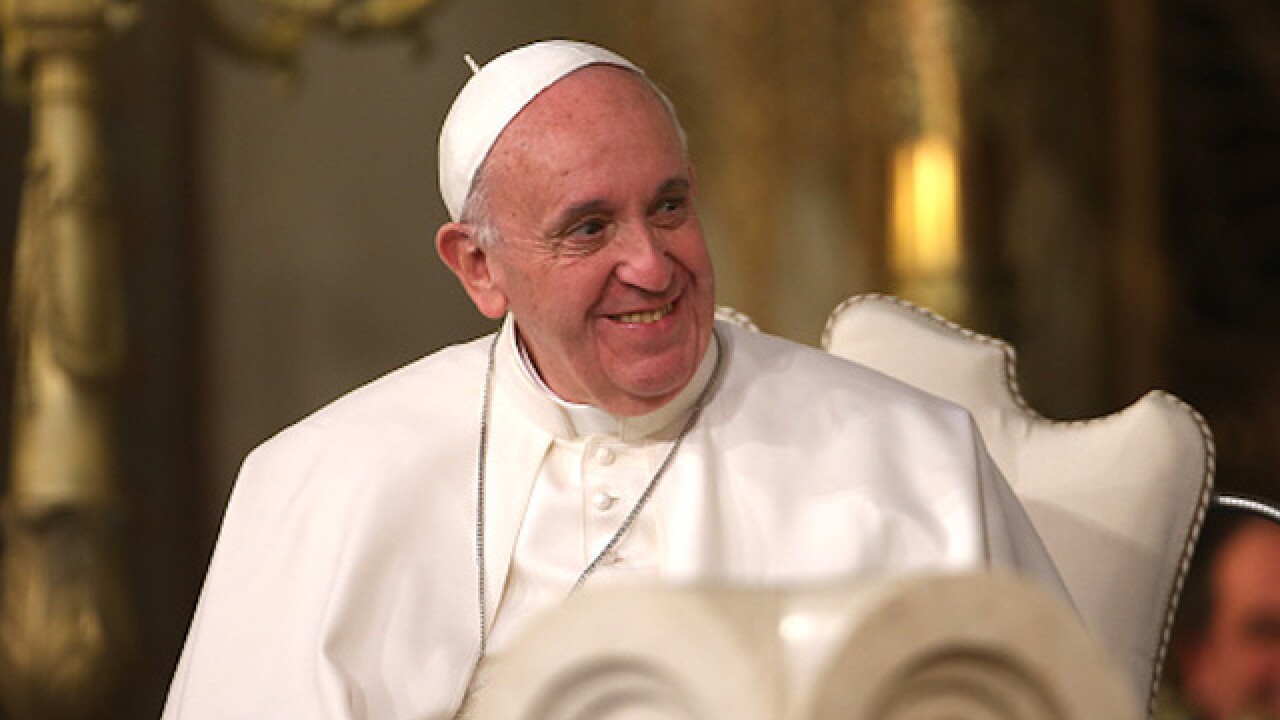 Franco Origlia
<p>ROME, ITALY - JANUARY 17: Pope Francis attends a visit to the Rome’s synagogue on January 17, 2016 in Rome, Italy. The visit marks the third time a pontiff has been invited to the synagogue, following on from the visit by Benedict XVI in January 2010 and the historic encounter of Pope John Paul II with former Rabbi Elio Toaff there in 1986. (Photo by Franco Origlia/Getty Images)</p>

VATICAN CITY (AP) — The Vatican is disputing a U.S. film studio's claim that the pope is making his movie debut, saying no scenes were shot for the venture and that the pope isn't an actor.

Monsignor Dario Vigano, the head of the Vatican's communications operation, acknowledged that he couldn't exclude that the filmmakers got hold of some clips of the pope. But in comments broadcast on Vatican Radio on Tuesday, Vigano disputed the press release claiming that Francis would "play himself" in the film "Beyond the Sun."