Ex-Vatican No. 2 seeking to make up for scan 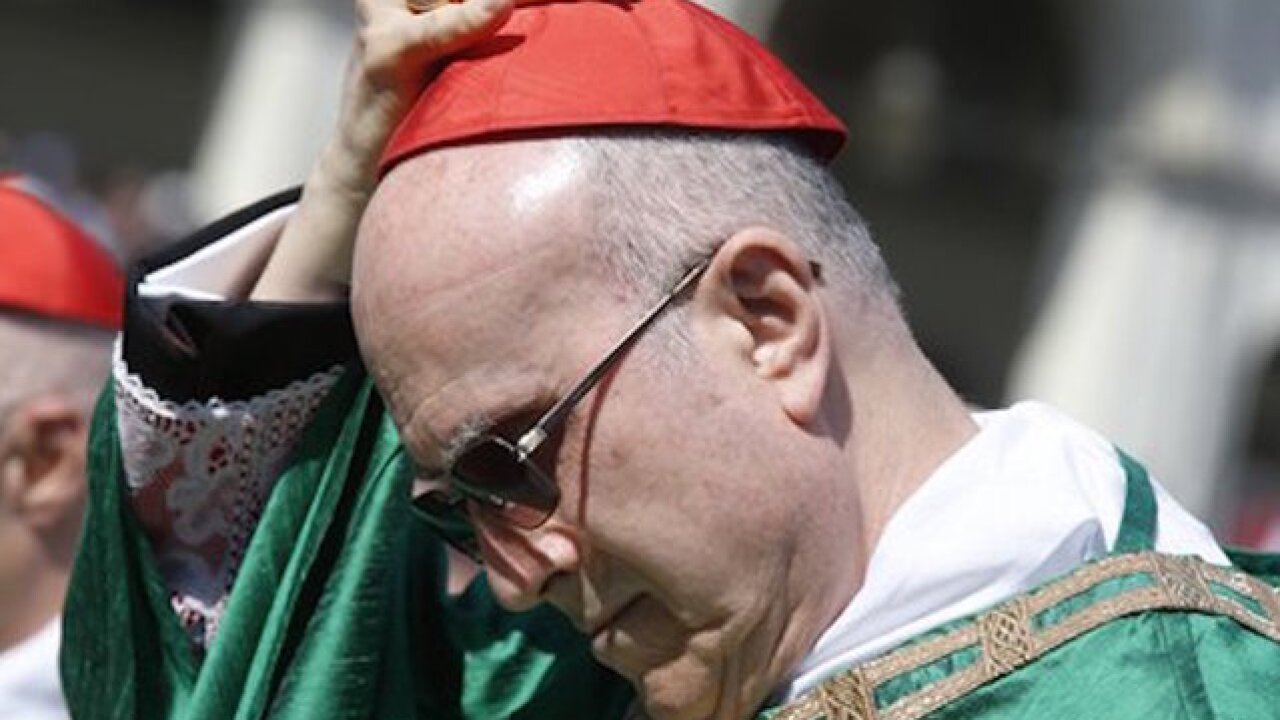 ROME (AP) — An Italian cardinal whose penthouse apartment was reportedly renovated using funds from a Vatican-owned children's hospital is making a large donation for medical research in a bid to make amends, the hospital's president said Saturday.

Bertone has insisted that he paid for the renovations himself. The scandal put him on the defensive, since lavish lifestyles clash with Pope Francis' insistence that prelates live modestly.

Bertone was formerly the secretary of state, the Vatican's No. 2 official, under Pope Benedict XVI and for the first months of Francis' papacy. Now 81, he no longer holds any top Vatican post.

The questionable renovation was one of the scandalous episodes cited in a best-selling book by an Italian journalist, one of two reporters on trial at the Vatican now for publishing confidential documents. A Spanish priest, the priest's aide and an Italian PR specialist are also on trial in the case of leaked information.

"Cardinal Bertone didn't directly get the money," Enoc said. "However, he acknowledged that all that which happened damaged our hospital and our foundation ... and thus he is making amends to us with a donation."

The Italian news agency ANSA quoted Bertone as stressing that the money he's giving "is a voluntary donation. It's not reimbursement, because I personally haven't done any damage."

Bertone was further quoted as explaining that he will give out the money in installments from his savings and from various contributions for charity that were made to him over the years.

"My life is not luxurious as it is continually, stereotypically, said," Bertone was quoted as saying.

Referring to the donation, he said "I had a little salary, and then some benefactors' offer that I have always reutilized to help people in need."

The Vatican's current No. 2, Cardinal Pietro Parolin, was asked about the apartment scandal Saturday while he visited the hospital.

"I thank the Lord that, from this moment of difficulty, it's turning out constructively," Parolin said.

The Bambino Gesu Hospital is one of several Catholic-administrated health care facilities that have been stung by scandal. Among them is a Rome dermatology hospital that is being investigated by Italian prosecutors for suspected embezzlement. Many workers there went unpaid for long stretches, and the priest in charge of the hospital administration was put under house arrest.