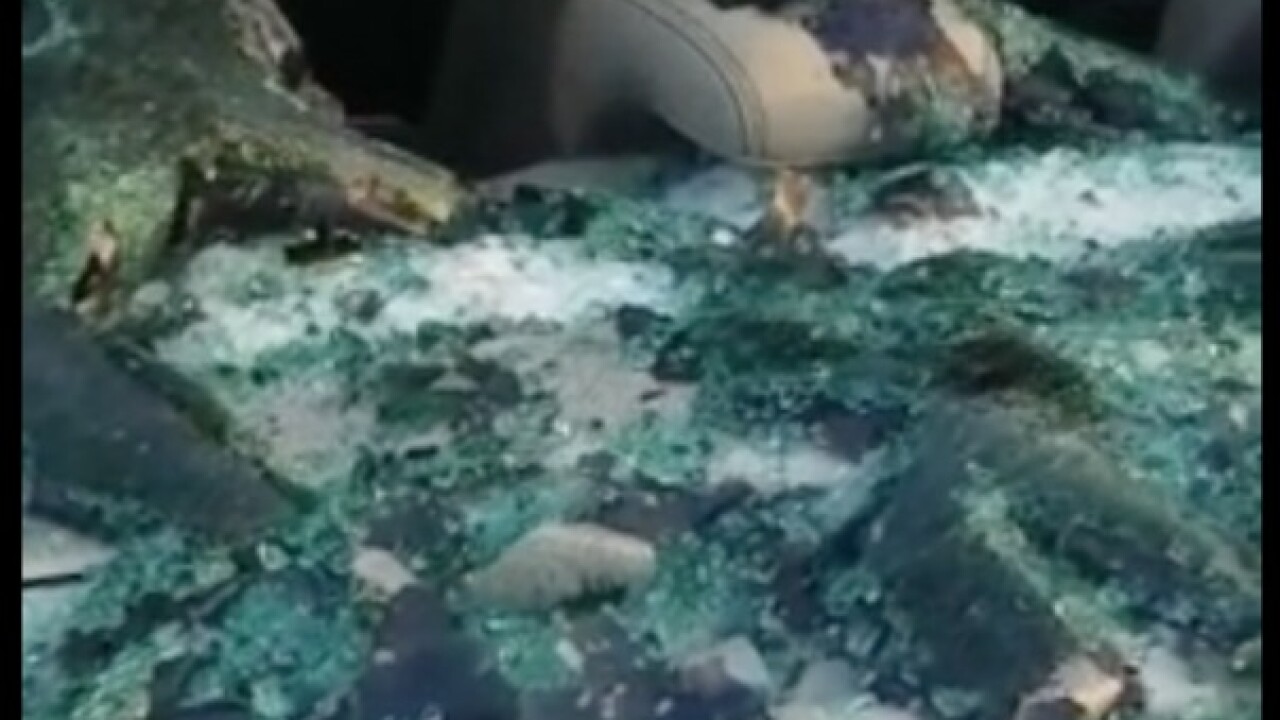 As severe weather struck Colorado Springs, Colorado Wednesday morning, hailstones the size of baseballs and tennis balls fell from the sky and shattered windshields and dented roofs across the region.

According to the National Weather Service, hail up to 3 inches in diameter impacted roofs and cars in the Colorado Springs area. Thankfully, not many people were outside at the time as the storm struck in the middle of the night.

According to the Colorado Springs Gazette, the storm was the worst hail in the region in more than two decades.

“It was a historic event, considering the time of day,” Steve Hodanish, a Weather Service meteorologist, told the Gazette. “It was a lot of damage. This will be a rather expensive event.”

A representative from USAA insurance told the Gazette that it had processed nearly 4,000 damage claims by 11 a.m.

One of the storm victims said the sound of the hail hitting his home was "deafening."

“My wife was terrified," Mark Richardson, government manager of a Doubletree hotel, told the Gazette. "I have never heard anything so loud and never seen hail that big, and we have lived in this area for 27 years, including 11 years in this house.”

Richardson told the Gazette his home suffered damage to the roof, several broken windows, siding, the deck, the grill on their deck and their fence.