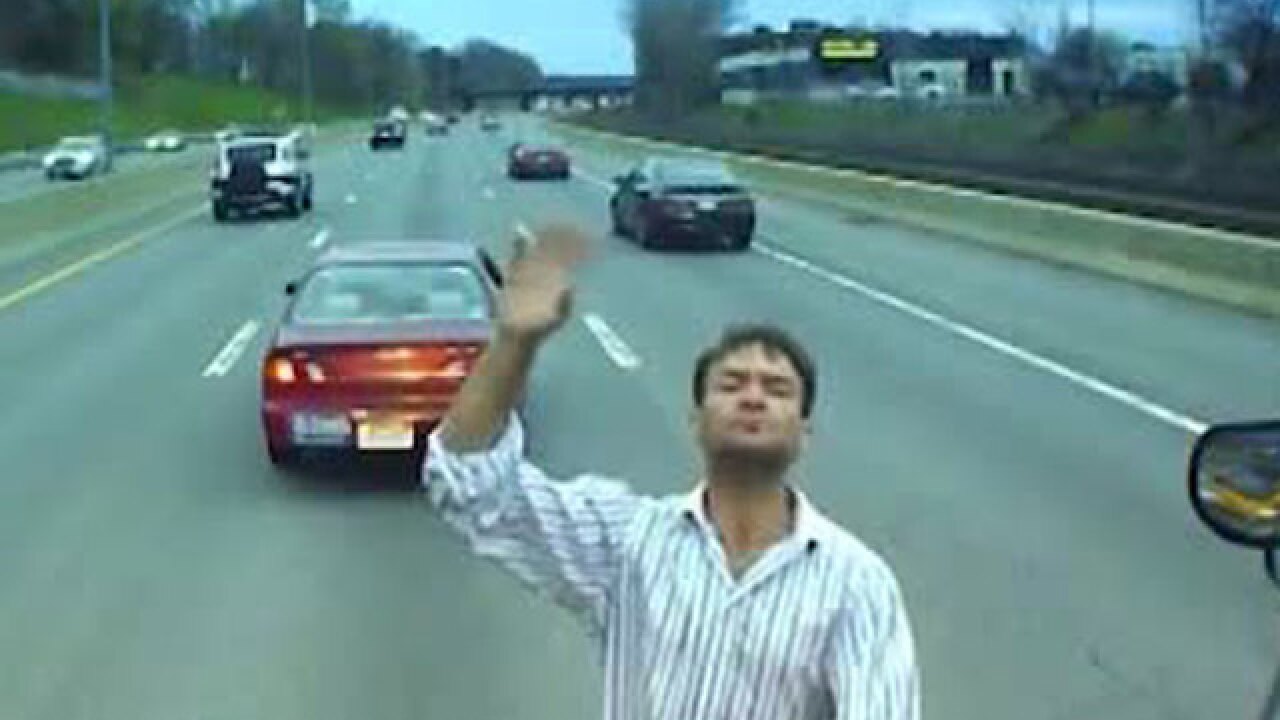 A school bus driver's camera recorded the scary moment when another driver stopped in the middle of the Massachusetts Pike, exited his car and climbed onto the hood of the bus.

Video recorded Tuesday shows a man forcing the bus to stop in the middle of the highway, then climb onto the vehicle's hood.

The man got out right in the middle of the highway and he goes to the door of the bus.

The bus driver does not let him in. So, he then goes back to the front and jumps right on the hood.

The bus driver says the man was screaming that the windows on the bus were too dark.

"A man jumped on my bus going on the Mass. Turnpike, pulled me over in the middle lane and stopped the bus," said the bus driver.

"What did he say to you?" asked WCVB reporter John Atwater.

"His words were, 'Why are your windows dark?' I had the same reaction! I've got tons of stuff that shows people going through my bus, going through the red lights, and I think it's good to have it," said the driver.

State police say they have identified the man who climbed onto the hood.

No charges have been filed at this time.

Courtesy of WCVB via CNN Newsource