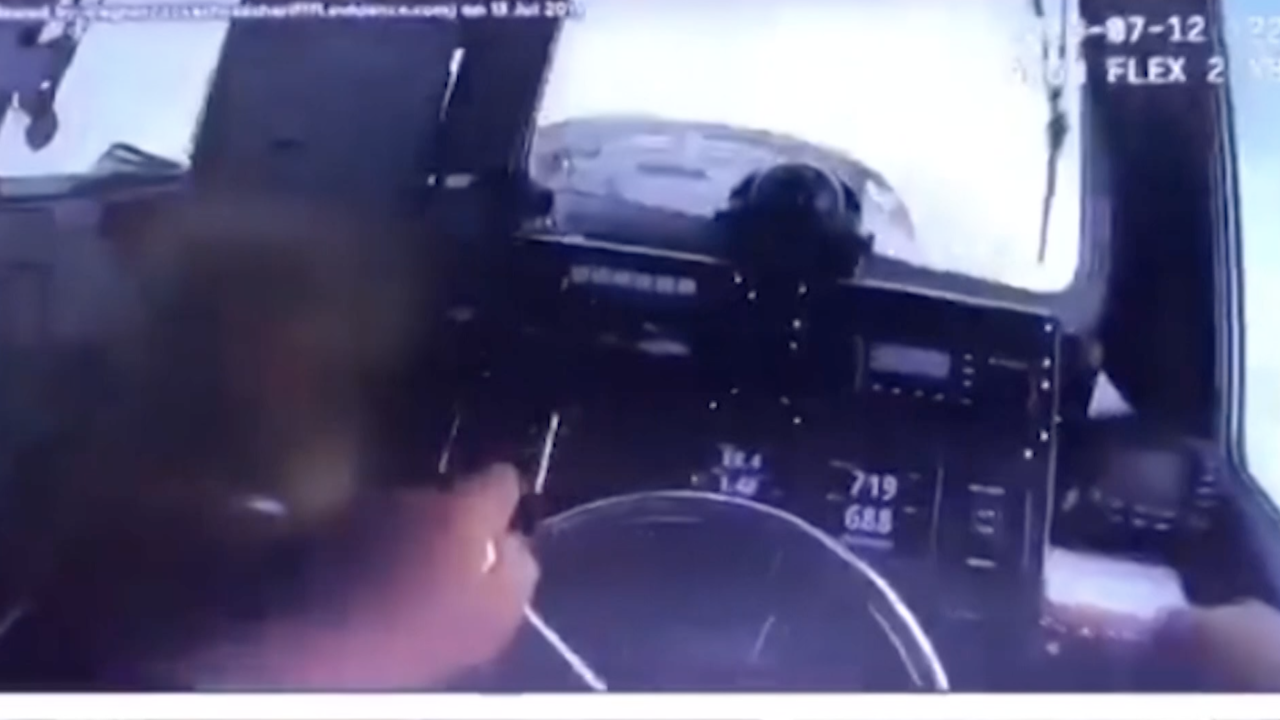 Deputy Robert Wagner is part of the marine unit with the Okaloosa County Sheriff's Office. He was at the helm of a safe boat in the Destin East Pass Friday, trying to help a distressed boater, when a gigantic wave went over the bow and shattered the windshield.

According to the department, water conditions were very rough because of Tropical Storm Barry.

"Tropical Storm Barry has been no picnic for the OCSO Marine Unit!" the Okaloosa County Sheriff's Office said in the Facebook post about the rescue.

Bits of glass hit Wagner in the face and body, drawing blood and causing minor lacerations. He was treated and released for minor injuries at a local emergency room.

Deputy Daryl Culberson, who was also on the boat, wasn't hurt.

The U.S. coast guard responded to help the other boaters.