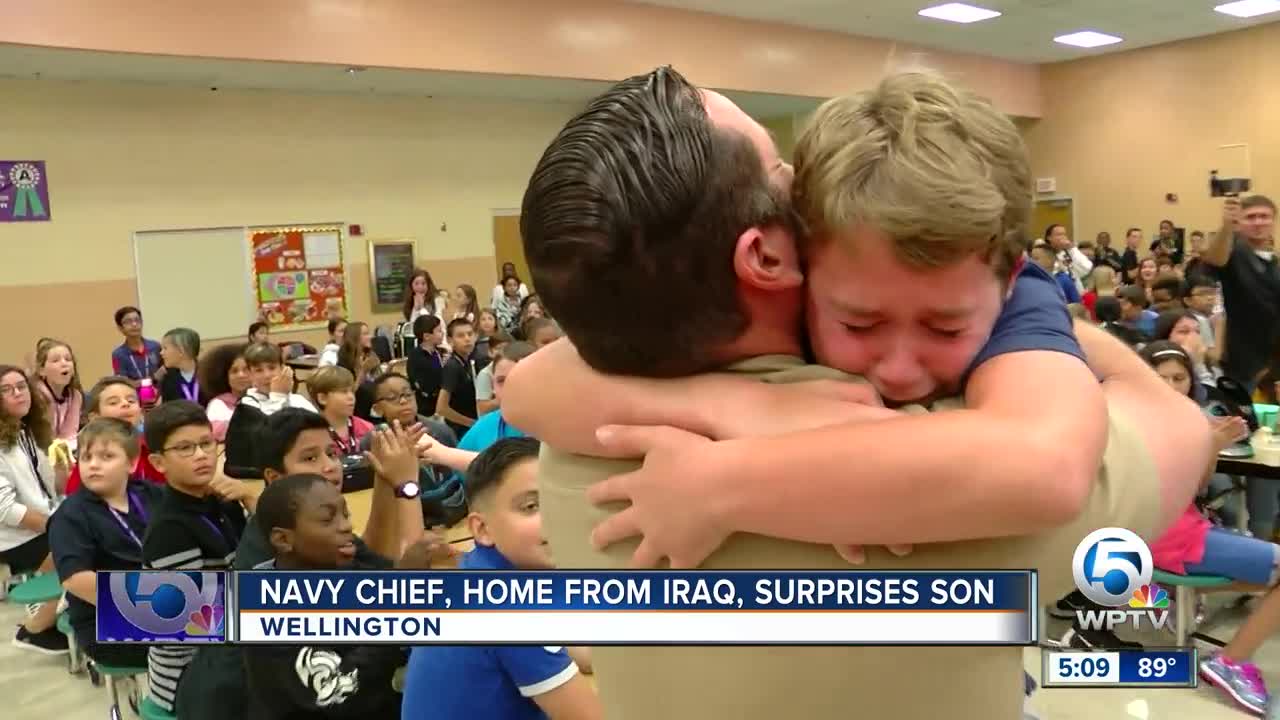 A U.S. Navy Senior Chief home from Iraq surprised his kids at school. 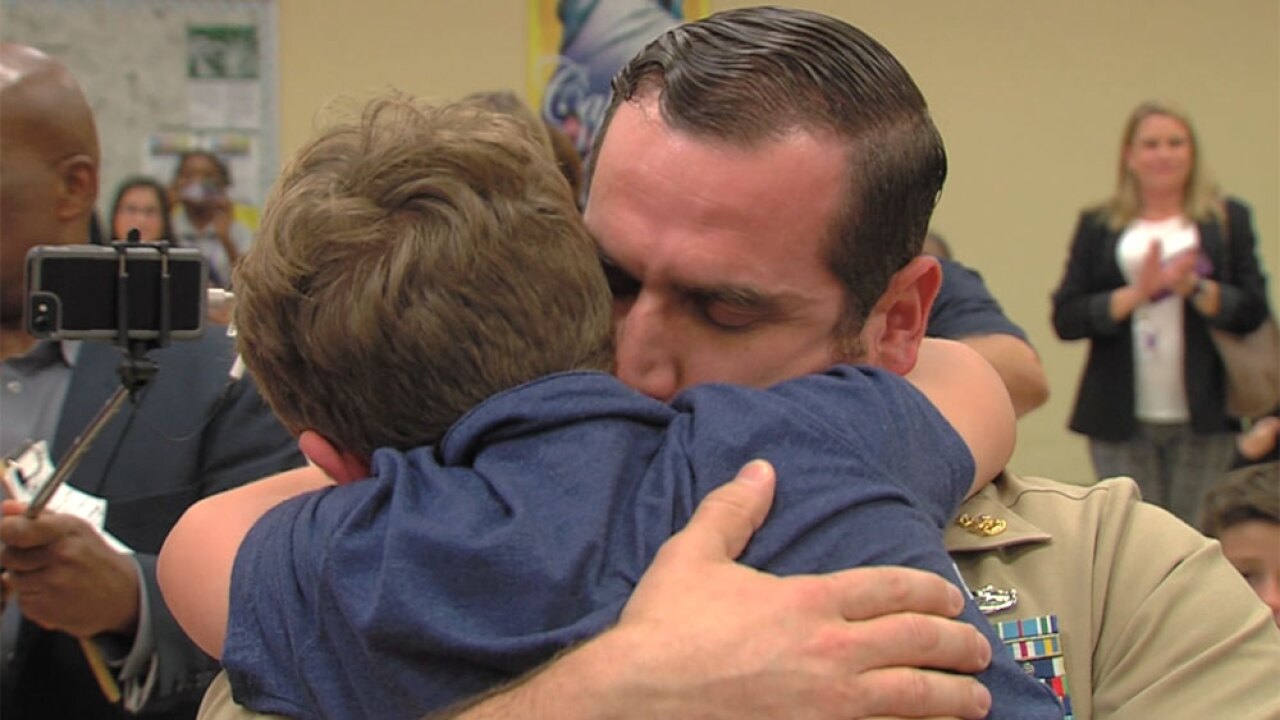 The Polo Park Middle School principal told students that reporters were there to do a story on school lunches.

The kids in the cafeteria first focused on the school principal, then noticed Forjan walking into the room. In the crowd, Gabriel noticed his dad. He jumped into his father's arms hugging him tightly.

It's was an emotional day for the Forjan family. Forjan surprised his three other kids earlier in the day at different schools. This family man is making the best of the next two weeks before returning to Iraq.

"We are definitely going to relax, spend as much time as we can with each other. My wife is amazing. The fact that she can do all of this by herself, me being in Iraq, it's difficult," he said.

His wife Kirsten is happy to have him home, saying, "I am just so happy that he is home and he gets to be with us and get to be a family again."

This story was originally published by Tania Rogers on WPTV.