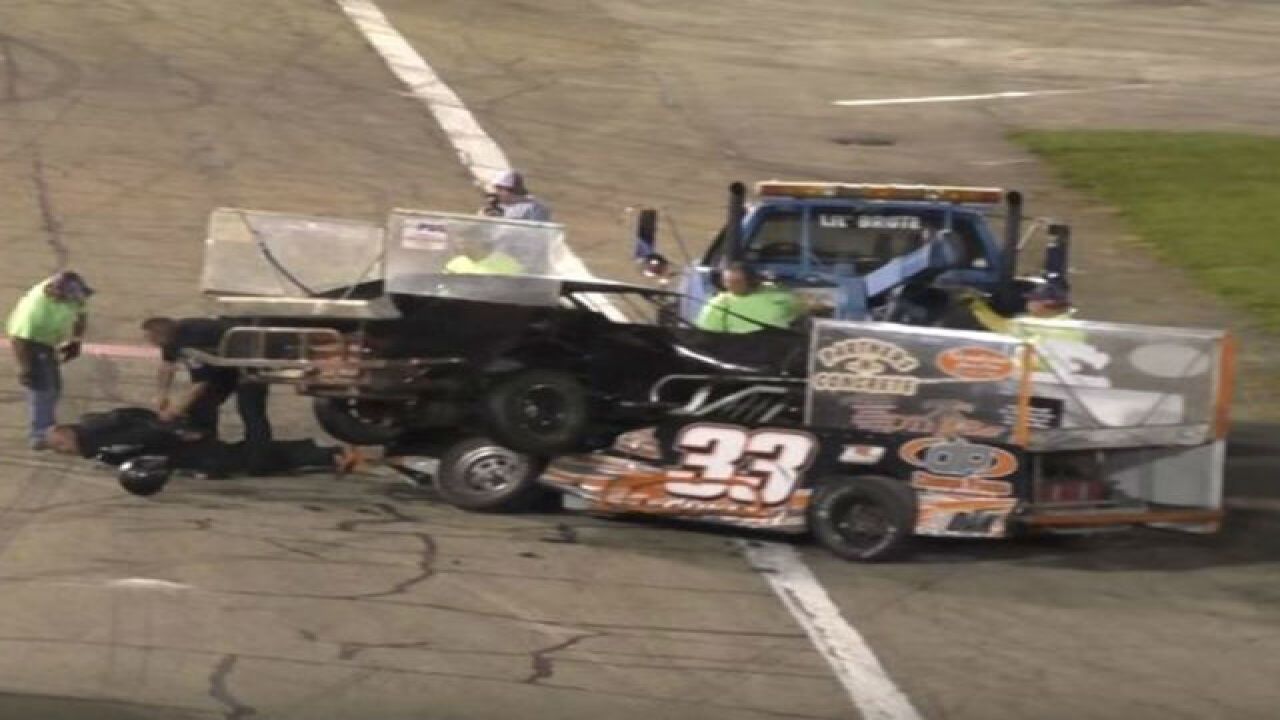 In a video that has more than 25,000 views, a black car was bumped off the track, then crashes into another car as his ends up on top of the other driver's.

Both drivers get out of their cars and fight for about 30 seconds before a police officer grabs one man, drags him down and uses a Tazer on him.

Both drivers were led away in handcuffs. There is no word on any possible charges between the two men.

Watch the crash, fight, and arrests in the video below.