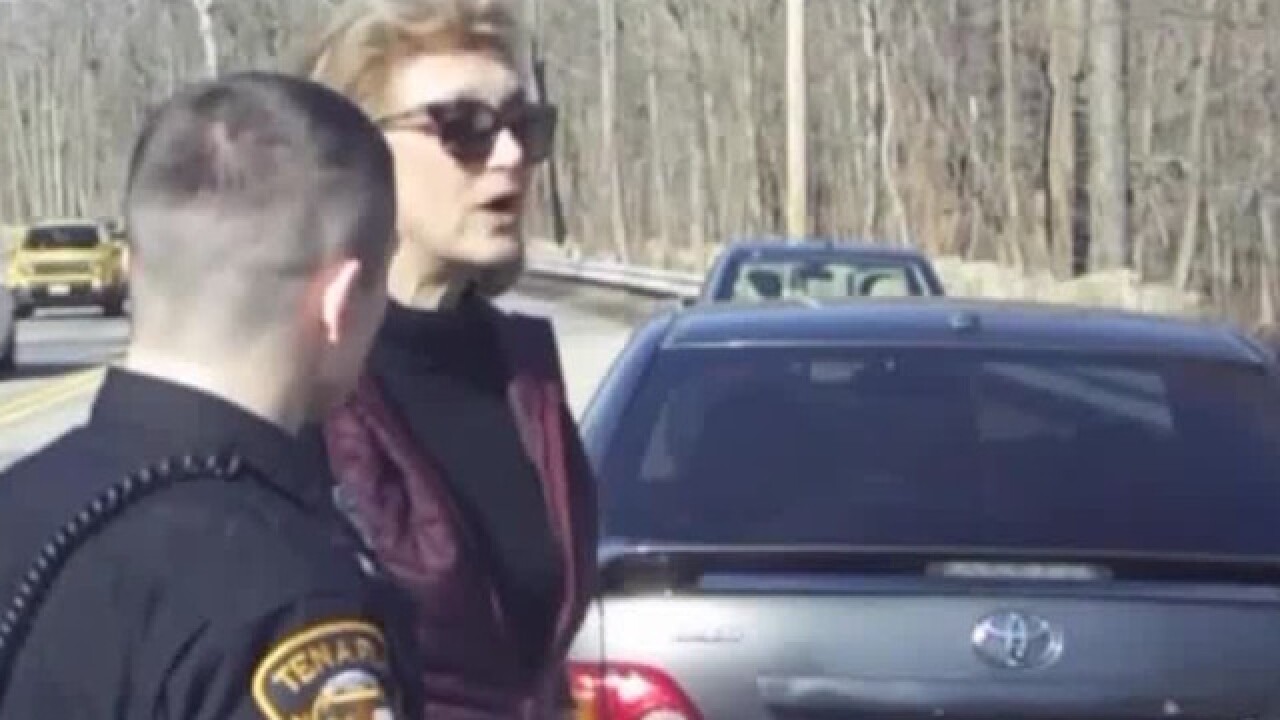 The Tenafly Police Department released the video of Caren Z. Turner, 60, from a March 31 traffic stop. In it, she flashed her badge and credentials, giving the appearance that she was trying to interfere on behalf of her daughter and her daughter's friend, who were also in the vehicle.

She can be heard on the video demanding information from police and reminding the officers of the fact that she worked at the Port Authority.

Police reportedly pulled over the vehicle for its front tinted windows and an unclear license plate, and eventually discovered an issue with the vehicle registration.

“The video speaks for itself," he said. "The Board takes its recently adopted Code of Ethics for Commissioners extremely seriously and was preparing to form a special committee to review the findings of the Inspector General investigation and take action at this Thursday’s Board meeting. Commissioner Turner’s resignation was appropriate given her outrageous conduct.”

Please note: This content carries a strict local market embargo. If you share the same market as the contributor of this article, you may not use it on any platform.