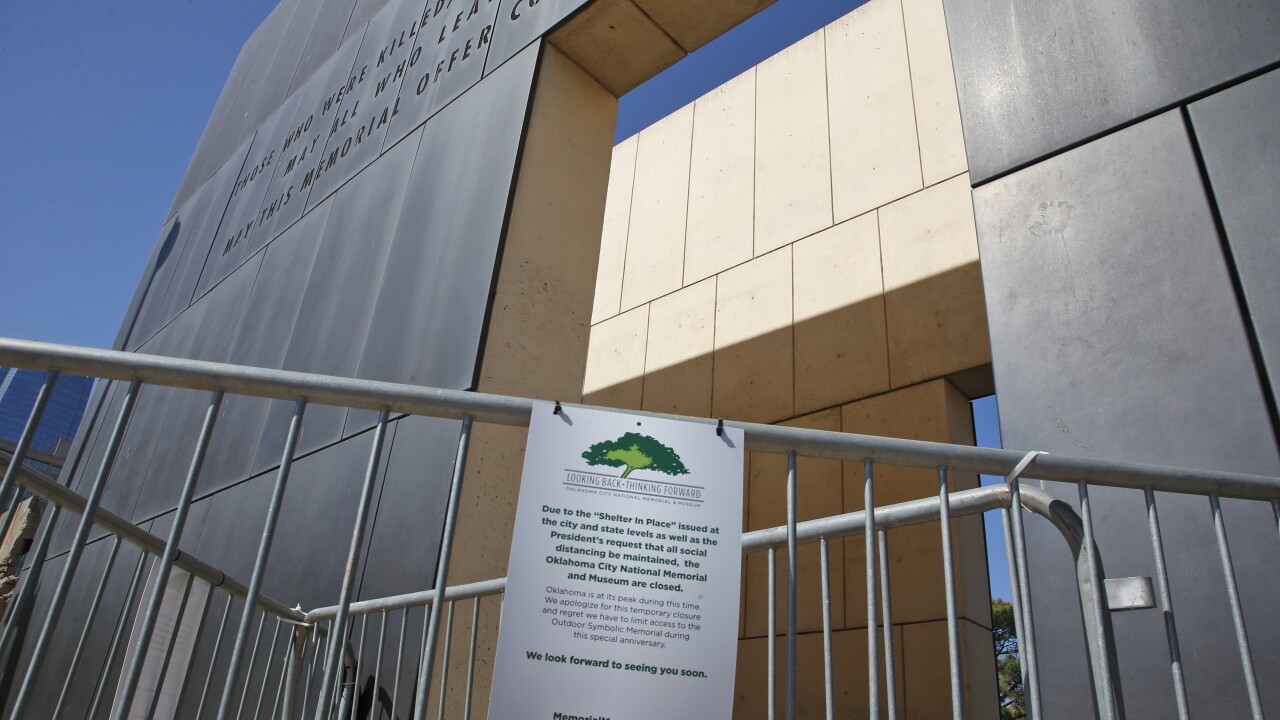 Sue Ogrocki/AP
A gate leading to the Oklahoma City National Memorial and Museum is pictured behind a "closed" sign Wednesday, April 15, 2020, in Oklahoma City. Due to COVID-19 concerns, the museum scaled back its plans for a 25th anniversary remembrance and will instead offer a recorded, one-hour television program that includes the reading of the names of the 168 people killed in the bombing followed by 168 seconds of silence, instead of the annual open-to-the-public ceremony. (AP Photo/Sue Ogrocki)

OKLAHOMA CITY (AP) — Survivors and loved ones of the 168 people killed in the Oklahoma City bombing weren't able to get together this year to mark the 25th anniversary of the attack, but that didn’t stop them from remembering it.

The annual remembrance ceremony that would have been held Sunday was canceled due to coronavirus restrictions. Instead, a video tribute to those killed was shown and included the reading of the names of all who died and 168 seconds of silence.