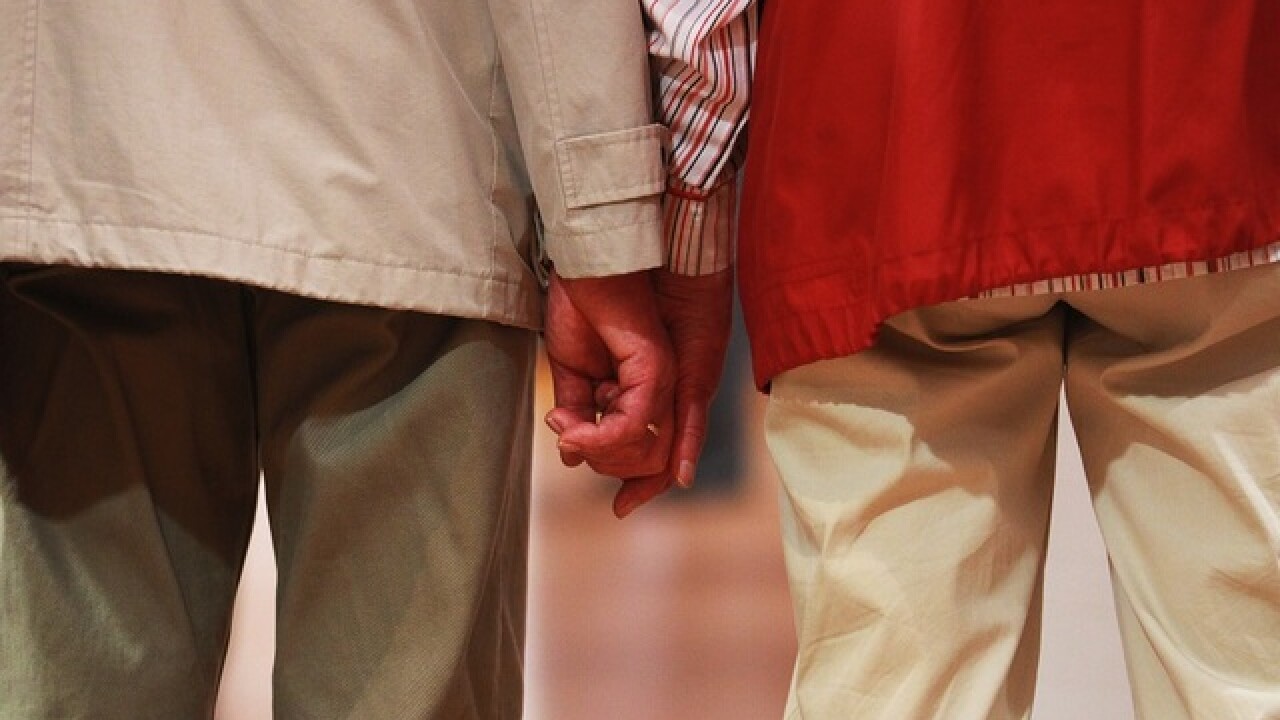 An elderly couple are now viral sensations after a photo and story of their adorable blind date went viral.
Miriam Steiner, 93, and Harold Sharlin, 90, met for a first date at Washington DC's Politics & Prose Bookstore after being set up by Sharlin's granddaughter, Jenny.
According to TODAY , Jenny waited on Steiner at a restaurant and decided to set her up with her grandfather.
"My Jenny was so impressed with Miriam's pep and vigor that she said, 'You'd make a great date for my grandfather,'" Sharlin explained to TODAY News.
Steiner was hesitant to date after her husband's death in 1999, but she and Sharlin come from similar circumstances; both are widowed. Steiner decided to give the date a shot.
They decided to meet at the book store, which is apparently Sharlin’s favorite hangout spot, delighting the staff who insisted on snapping a photo that’s now making rounds online.
Though blind dates are common and don’t typically get attention, Steiner said she understands why this particular story has gotten attention.
"It's very unusual," she said. "We're both in our 90s. We're both handicapped. Neither of us drive. It's not easy, making connections as a senior. But we need it. It's up there with Medicare and Social Security. I hope people remember that."
No word on whether the new friends had a second date planned.
Scripps Only Content 2016