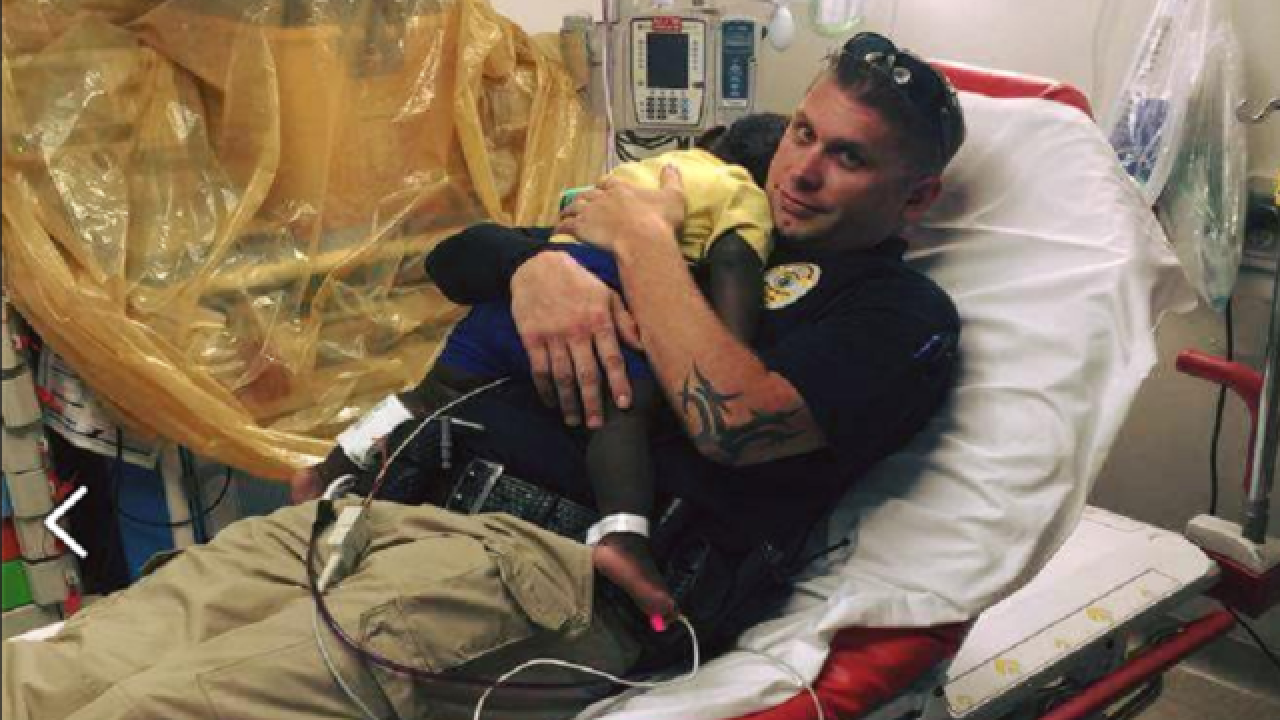 By: Mina Abgoon
Posted at 2:45 AM, May 17, 2016
A viral photo posted to social media shows a Georgia police officer comforting a young boy who was upset during a medical evaluation.
The photo shows Officer James Hurst of the Savannah-Chatham Metropolitan Police Department holding a child, who had been found without adult supervision, at the hospital.
The 16-month-old child was taken for the evaluation after he was found wandering outside a residential area.
When he became upset and started sobbing, Hurst – who was dispatched to the scene as a backup and escorted the toddler to the hospital -- asked if he could step in.
“I just knew this child needed somebody to be there for him,” Hurst said, according to a release.
He explained to WSAV, “I asked the hospital staff if I can hold him to comfort him and soothe him a little bit to try to calm him down, to continue getting medical care and they said that was fine.
It wasn’t long before the boy fell asleep in Hurst’s arms.
The unidentified child, who Hurst stayed with for about two hours, is safe and in good condition, the release notes.
Authorities with the Georgia Department of Family & Children’s Services are now handling the case.
Scripps Only Content 2016