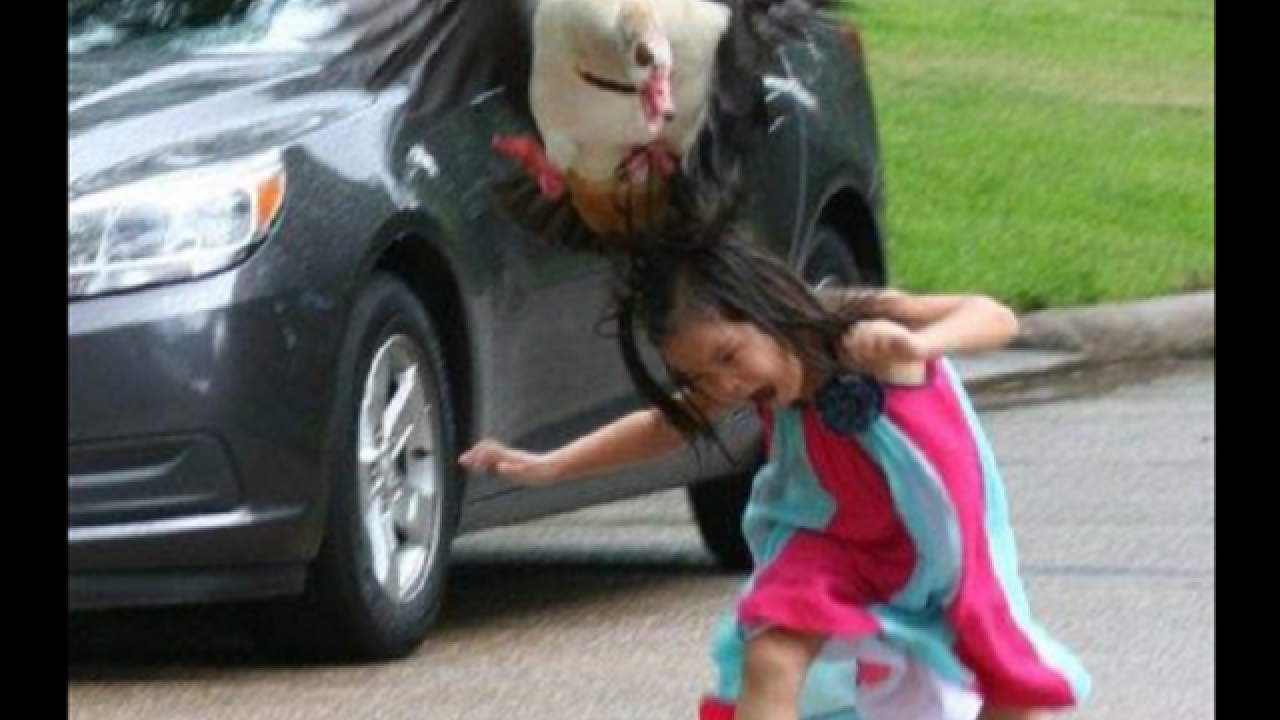 Photos of a 5-year-old girl being attacked by a goose are going viral, thanks to a social media post by her sister Stevie, who witnessed the event.
The incident happened in Spring, Texas, near Houston.
Summer Gidden was reportedly chasing geese with her friends when the flock decided to beat the child at her own game – they chased back, flying into her hair and knocking her to ground.

Summer got attacked by a duck today & the pictures our neighbor got of it happening make me laugh so hard pic.twitter.com/GEJuGwPy24

Humorous photos show a distraught Summer lying on the ground, seemingly yelling for help. But don't worry -- the young girl was just fine.
After posting the photos, Stevie clarified on Twitter that someone did intervene and rescue her sister from the goose's grasp.

One person did stand & take pictures & one person went and rescued Summer. We aren't thaaaat mean to her ??

"Five minutes after it happened, she was fine. She has a few scratches, but that's all," Gidden told KPRC in Houston.
And Summer apparently isn’t taking the incident too hard, telling Houston media outlet KHOU, "It's so funny!"
We agree, Summer. Rest assured the Internet is laughing with you, not at you.
Scripps Only Content 2016