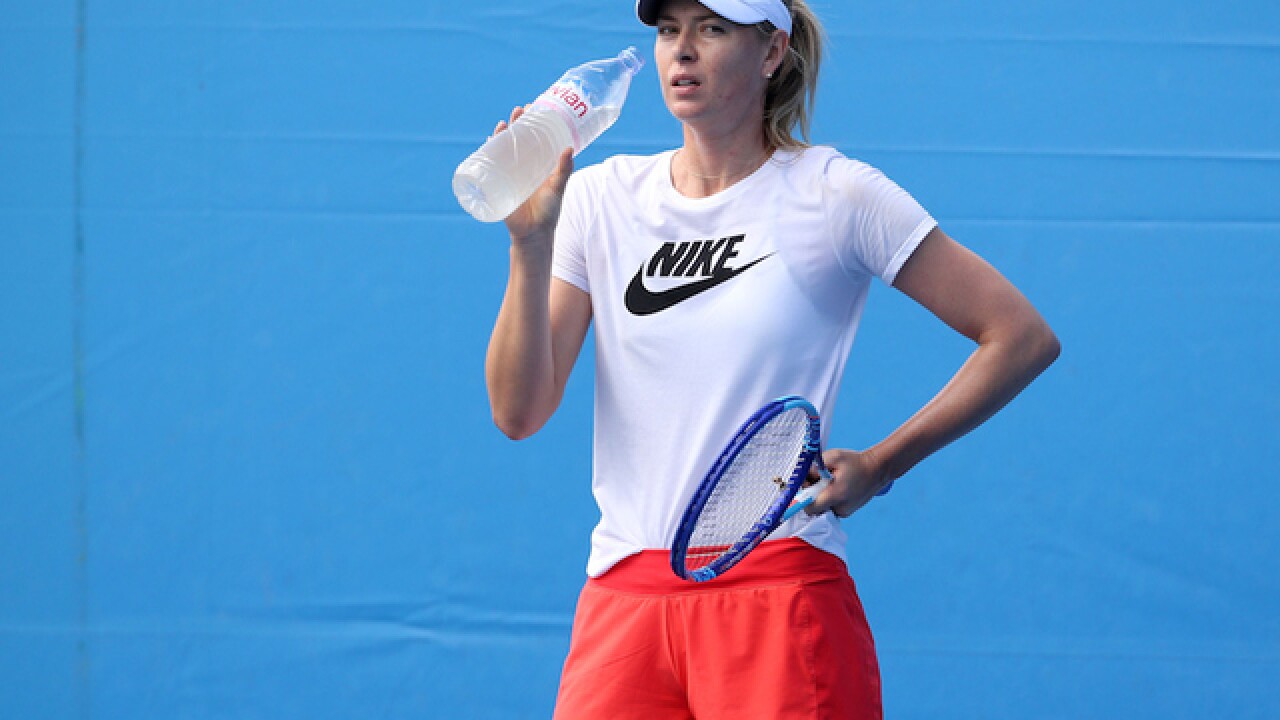 Michael Dodge
<p><span id="docs-internal-guid-f2fb3541-580b-ace7-242e-76a082bd1d77"><span style="font-size: 14.6667px; font-family: Arial; color: rgb(0, 0, 0); vertical-align: baseline; white-space: pre-wrap; background-color: transparent;">Maria Sharapova — This Russian tennis star hasn’t been officially dropped by her sponsors but several major brands suspended their relationships with Sharapova after she failed a drug test in January 2016. Nike, Porsche and Tag Heuer all have put their endorsements of Sharapova on hiatus pending an investigation, according to CNN.</span></span></p>

MOSCOW (AP) — There have been 99 positive tests this year for meldonium, the drug found in Maria Sharapova's sample at the Australian Open, the World Anti-Doping Agency said Friday.

WADA spokesman Ben Nichols told The Associated Press in an e-mail that since the drug was banned on Jan. 1 "there have been 99 adverse analytical findings for Meldonium recorded."

Nichols did not provide details of who has tested positive.

Meldonium, a blood-flow boosting drug produced in Latvia, is most common in Eastern European and former Soviet countries, where it is often available over the counter.

Seven of the 16 confirmed cases come from Russian athletes, including Sharapova, who admitted she had tested positive on Monday at a news conference. Sharapova said she has been taking meldonium for 10 years for various health issues and did not know it had been banned.

Other cases involve athletes from Ukraine, Georgia and Sweden.

Athletes who fail doping tests can face a ban of up to four years for a first offense, but substantial reductions can be imposed if they demonstrate that they did not intend to enhance their performance.

Sharapova is one of four Olympic medalists to have tested positive for meldonium. The others are Russian speedskater Semyon Elistratov, Russian ice dancer Ekaterina Bobrova and Georgian wrestler Davit Modzmanashvili.

WADA announced in September that meldonium, which was once used to help boost the endurance of Soviet troops, would be banned from 2016, citing evidence of the drug's performance-enhancing benefits and widespread use in international sports.

Since Sharapova announced that she tested positive, WADA has been criticized by the Russian government. Foreign Minister Sergei Lavrov said Thursday that meldonium should never have been banned, arguing that it doesn't enhance performance.