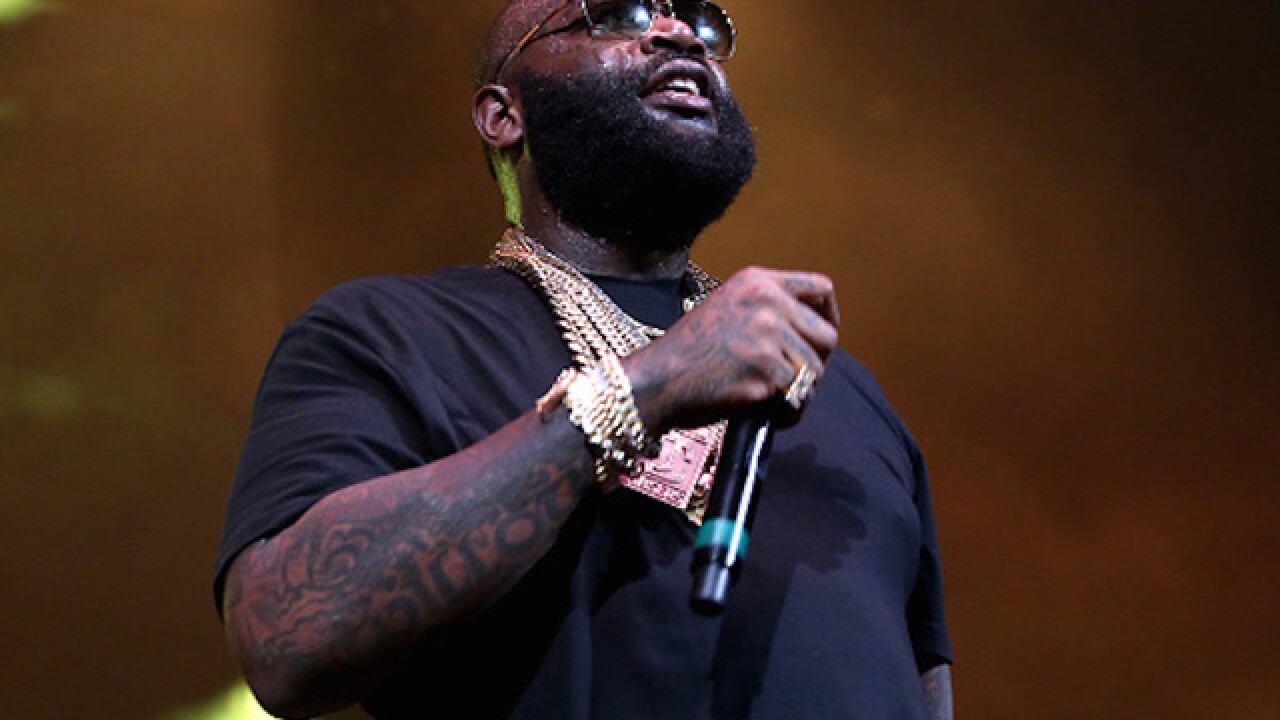 Walmart has reportedly removed an album by rapper Rick Ross from its shelves due to a lyric that takes aim at Republican Presidential candidate Donald Trump.

Ross' album "Black Market," which debuted on Dec. 4, is no longer available for purchase on the retailers' website. Reports also indicate that the album has been removed from shelves in its brick and mortar stores.

The controversy surrounding the album arose last week, when journalist Mark Dice took issue with a lyric in the album's first song, "Free Enterprise." In it, Ross raps "Assassinate Trump like I'm Zimmerman/Now accept the words as they came from Eminem."

Dice took issue with the lyrics, calling them "terrorist threats." He contacted a number of major retailers, including Walmart, calling on them to suspend sales of the album.

Neither Ross nor Walmart has released a statement on the matter.

The album is still available for sale on iTunes and Amazon , as well as available to stream on Spotify .