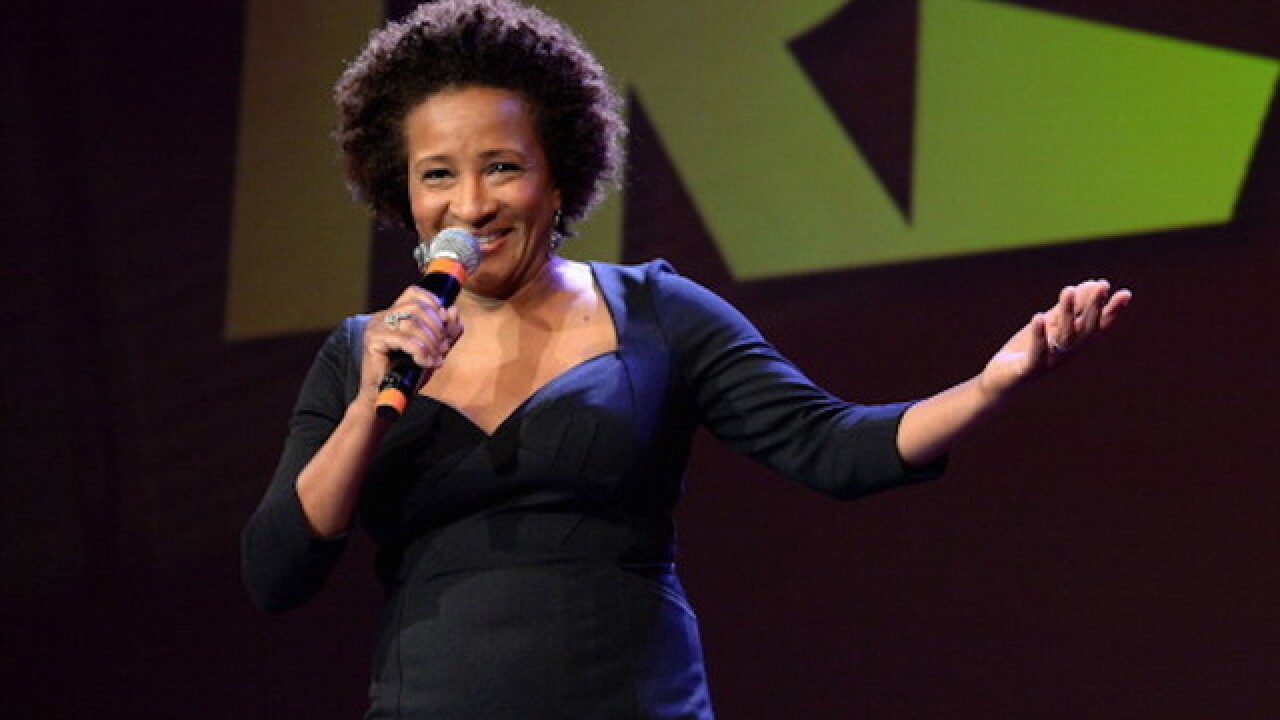 "I will not be returning to @RoseanneOnABC," Sykes tweeted .

Her announcement came just minutes before ABC announced that it is canceling "Roseanne."

Earlier on Tuesday, Bar tweeted an apology to Valerie Jarrett and "all Americans."

"I am truly sorry for making a bad joke about her politics and her looks,"Barr tweeted . "I should have known better. Forgive me-my joke was in bad taste." Barr then said she's leaving Twitter.

The star of ABC's hit reboot of "Roseanne" wrote early Tuesday morning, "Muslim brotherhood & planet of the apes had a baby=vj." Barr was responding to a comment about Jarrett, a top former aide to president Obama. She later deleted the tweet.

CNN reporter Andrew Kaczynski responded to Roseanne on Twitter about the Jarrett comment, which she replied was "a joke."

Social media immediately lit up with criticism of both Barr and ABC, with some demanding a response from the broadcast network. ABC has not replied to CNNMoney's request for comment.

In the past, ABC executives have privately said that they hold their noses when Barr tweets. They know some of her posts have been problematic -- full of pro-Trump conspiracy theories that mislead her fans.

The executives want Barr to focus on her show. But they seem to take the position that there's no controlling Barr, and that's what makes her the successful comic she is.

ABC employees shared these views on condition of anonymity earlier this year, before the current Twitter controversy.

Barr also made comments on Twitter about Chelsea Clinton, tweeting , "Chelsea Soros Clinton." She later replied in the comments that Clinton is "married to Soros nephew." Soros is a billionaire liberal benefactor who has been the subject to many right-wing conspiracy theories over the years.

Clinton responded to Barr shortly after.

"Good morning Roseanne - my given middle name is Victoria. I imagine George Soros's nephews are lovely people. I'm just not married to one," she wrote .

Barr responded back to Clinton saying, "Sorry to have tweeted incorrect info about you! Please forgive me!"

She then continued, "By the way, George Soros is a nazi who turned in his fellow Jews 2 be murdered in German concentration camps & stole their wealth-were you aware of that? But, we all make mistakes, right Chelsea?"

This conspiracy theory about Soros has been debunked many times. The fact-checking site Snopes called it "false" back in 2016 .

Roseanne's rant is nothing new to those who follow the sitcom star on Twitter. The star bred controversy on the site before.

The premiere of Roseanne's reboot was one of the highest-rated new shows of the season, and Barr is one of the network's biggest stars, if not its biggest.

However, after the huge debut, which brought in more than 18 million live viewers, the show saw its audience come back down to earth. Its finale, which aired last week, nabbed roughly 10 million viewers.

"Hey @ABC, Roseanne Barr compared Valerie Jarrett to an ape. There is no apology she can make that justifies @ABC turning a blind eye to this bigotry by airing another second of her show," he tweeted . "Even in the Age of Trump, there are red lines that can never be crossed. This is one."

Others like civil rights activist DeRay Mckesson called on the network to cancel the show.

".@ABC, how desperate are you to profit from Roseanne's racism? We know racism sells in this country, it always has. But you don't have to participate in it," he tweeted . "This apology is meaningless. Cancel Roseanne."