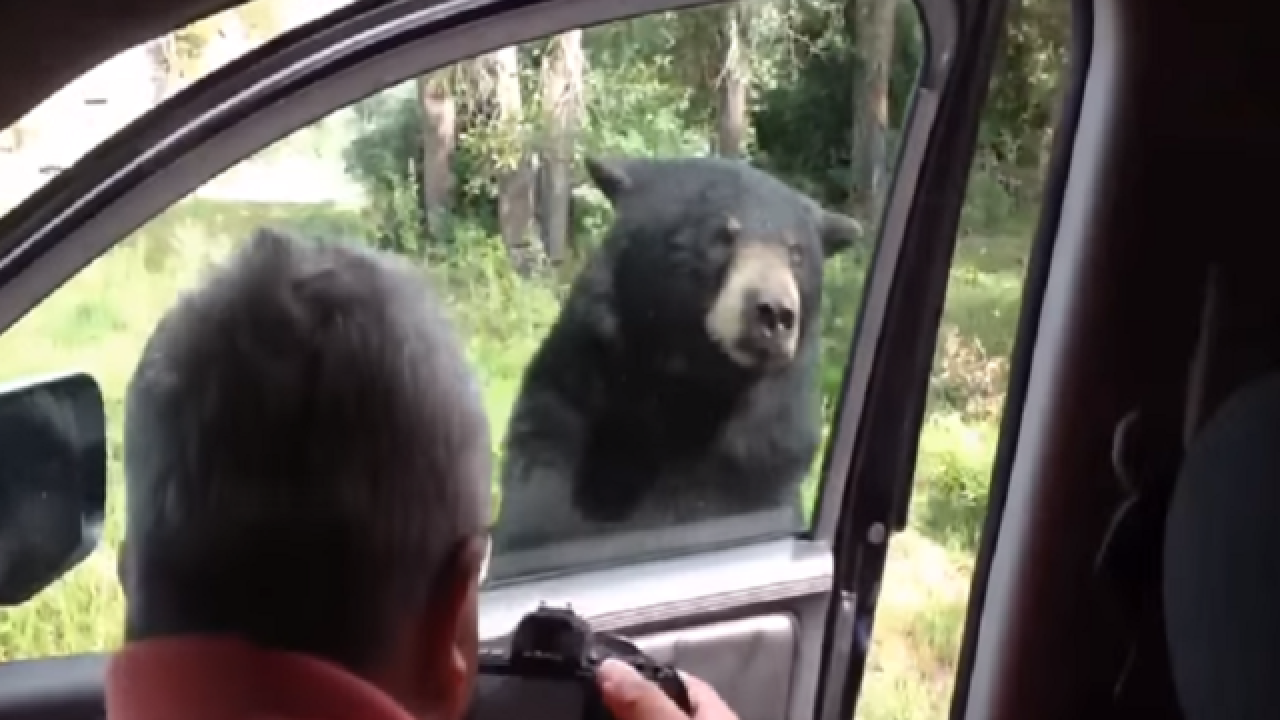 By: Mina Abgoon
Posted at 3:05 AM, Jun 17, 2016
You may remember to close your windows when driving through an area that houses unpredictable wildlife, but how about locking your doors?
A family visiting Yellowstone National Park forgot to do that, because – well – you don’t typically expect a strange animal to open the door like any human might. But they were shocked when a black bear did just that.
The incident was captured on video and uploaded earlier this month to YouTube, where it has since racked up hundreds of thousands of views.
In the video, a black bear is seen walking up to the side of the parked vehicle, prompting a nervous young boy to say “Dad, the bear’s right next to us.” The bear peers at the man in the front seat before casually opening the door.
As he struggles to close the door, frantic screams fill the car.
It’s not the first time visitors have had bizarre, unexpected run-ins with animals at Yellowstone.
Officials last month were forced to euthanize a newborn bison after tourists put the animal into the trunk of their SUV. Earlier this month, an elk charged at a woman who got too close in hopes of a photo-op. That incident was also captured on video.
Copyright 2016 Scripps Media, Inc. All rights reserved. This material may not be published, broadcast, rewritten, or redistributed.